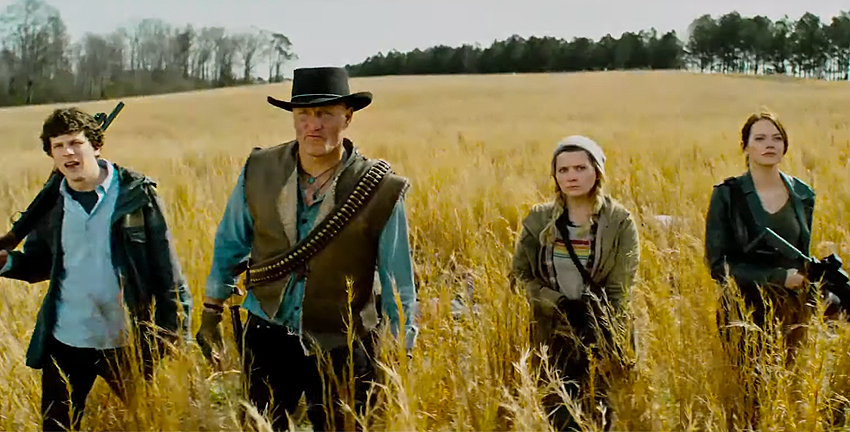 Zombieland: Double Tap is R-Rated. Here is Why!

Zombieland: Double Tap is releasing a decade after its first installment and word is out that it will be R-rated. The Motion Picture Association of America has officially set boundaries which only adults can cross. Children below the age of 17 will need to be accompanied by an adult.

The zombieland sequel apparently contains a lot more gore and violence and to top that, some drug abuse and sexual content as well.

A zombie romp is naturally expected to have a lot of violence and blood in the frame. And the added dose of drugs and explicit content got the movie an R-rating as per the report given out by Film Ratings.

For those of you looking forward to a brutal crusade Zombieland: Double Tap sounds just about right! The first installment with a PG-13 rating was a howling success. And now with the sequel stamped R, the franchise only assures to keep up with the intensity of viciousness. Good thing they did not crank down the element of gore to extend its reach. How can they possibly take away the mojo?

The sequel was in talks soon after the release of the first movie. But it took almost a decade to materialize. Ruben Fleischer resumed his position as a director owing to which he had to take a rain check on Venom 2. The project was finally handed over to Andy Serkis for. Rhett Reese and Paul Wernick returned as scriptwriters and were supported by David Callaham.

Jesse Eisenberg, Emma Stone, Woody Harrelson, and Abigail Breslin will reprise their roles on screen. 10 years is quite a gap but seems like the cast gets along just fine. We hope that reflects in their onscreen chemistry. And lest we forget to mention, Bill Murray will be back in action in the Double Tap along with Dan Aykroyd. Zoey Deutch, Thomas Middledtch, Luke Wilson, Rosario Dawson, and Avan Jogia are some of the latest additions to the crew.

The movie will hit the screens on October 18. so get ready for a cold and crude zombie adventure.