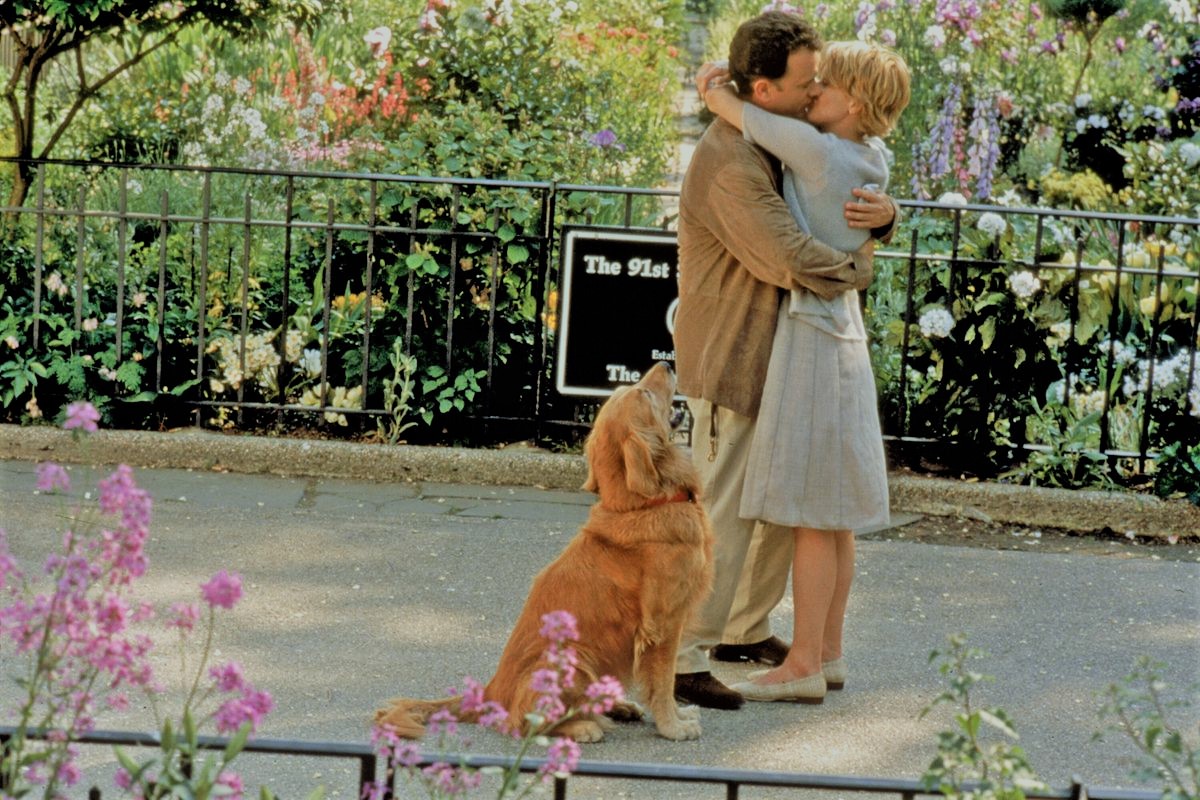 ‘You’ve Got Mail’ is secretly a tragedy. Here is why!

You’ve Got Mail is a simple romantic comedy that came out in 1998. Unlike many other films that release in the 90s the film did not gain instant recognition and fan following. But over the years went on to grab a spot on bucket lists of movie buffs and the became the honor of every airplane seat screen.

Plus the 90s attire adds an unusual charm to this perky romcom. Be it Kelly’s pixie hair cut or Joe’s bulging blazers. And then we have Joe’s dog who imparts a sense of intimacy to their encounters. Kathleen Kelly and Joe Fox strike up an online friendship not aware of each other in real life. However, their fates do clash in the real world in the least congenial manner. Joe is the owner of a big chain of bookstores and puts Kelly a small bookstore owner out of business.

Directed by Nora Ephron, the film explores multiple conditions prevailing in the 90s. Primarily the dial-up internet and its ability to bring complete strangers together.  That is in fact what forms the crux of this poignant tale of love. A match made in AOL and two people waiting to hear the three magical words- You’ve Got Mail’. The story wholeheartedly explores the pros and cons of internet love made sublime by the riveting performances of the actors.

Conflicting business interests cause a few sour experiences in the first few meetings between Joe and Kelly. Joe eventually finds out that the girl he has been talking to online and the one he can’t put up within the real world are the same. And somehow he is mesmerized by the two sides of her personality- an adorable friend and a feisty businesswoman. And from there begins his quest to woo and charm the lady.

As a literary, he knows every trick of old fashioned love to get the lady to like him back. He sends her flowers, quotes her favorite writers and even bumps into her at the places she visits often. Sounds romantic?

It is a proven fact that however modern, a woman cannot escape the charm of old school love. It is timeless and has the power to lead a man straight to her heart.

Although this wholesome tale of love effervesces into a tragedy on some level.  Here is why

We have another character complicating the matters of the lives of the central characters. Frank is Kathleen’s boyfriend who is mostly consumed in his own world of fiction. Our girl here is caught up amidst the unsettling relationship she shares with her pretentious boyfriend and the man who took usurped her livelihood.

Besides being a woman in love, she is also an independent bookstore owner who is passionate about selling books to kids.

The film concludes with Joe taking over Kelly’s bookshop leaving her with a small section of Fox book stores which mimics her story hour for children. At the same time, we see a happy ending to a love story that initiated in the virtual world. But a part of you can’t help but question the nature of this conclusion. Doesn’t it tell you that in the end, its capitalism who won?

It’s jarring this realization. Once you read the underlying context through the lens of entrepreneurship and monopoly the weight of the film as just a romantic flick somehow withers away. And you are left to wonder if that how a love story is supposed to reach a conclusion.

But the irony of the matter is Kathleen the victim of capitalization herself loves Starbucks a chain that disrupted the business of coffee shop owners at large.