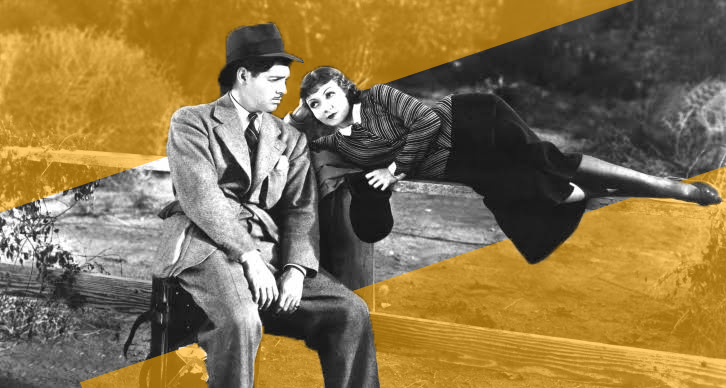 Why is ‘It Happened One Night’ a Classic Worth Watching?

It was on Feb. 22, 1934, Frank Capra’s classic road trip film It Happened One Night got released into theaters. The movie was an instant hit and won 5 awards at the 7th Academy Awards, which included the best actor for Clark Gable and actress for Claudette Colbert.

Though the iconic movie is running for more than a good two hours, its excellence is that there is not even one dull moment in it. During the post-production, some of it was left on the editing floor, but it is too good throughout that the audiences won’t mind having some extra footage kept in. The main reason for this is that It Happened One Night has a charming, coherent and believable plot. The characters are also lovely and human that you will instantly connect with them and events they go through.

The movie belongs to an offshoot genre of comedy known as screwball comedy. In many ways similar to the romantic comedy, this sub-genre slowly vanished in the 30s itself. However, It Happened One Night still remains as one of the best screwball comedies and also as an iconic cult classic. It has everything from being a comedy with a kick, drama with a punch, and the acting and direction served at a new high.

The lead roles are played by Clark Gable and Claudette Colbert. Gable plays the role of a newspaperman who helps Colbert escape from her father. The two embark on a hitchhike from Miami to New York. And eventually, they fall for each other.

Both Gable and Colbert are seemingly effortless in their acting. It felt as if they were joyfully being utterly natural and devastatingly human throughout the picture. Adding this with the perfect lines did nothing but sparkle. It is as if the makers of the movie made extra sure that not even one single dull line of dialogue was there in the whole thing, and there isn’t a character who is not lively. More than its everlasting charm, this gave the film all its life and personality.

Other characters in the movie include Walter Connolly who looks splendid as Miss Colbert’s father. Roscoe Karns also amuses the audiences as a traveling salesman. Alan Hale’s smaller role is also worthy to be mentioned.
But the icing on the cake was from none other than the director of this classic flick- Frank Capra. Along with Joseph Walker’s cinematography, the two created a marvel on the screen.

Whether you are a fan of comedies or not this one is worth seeing. It’s got superb acting, riotous comedy, big names, and perfect direction. So what are you waiting for?! Go watch the movie and let us know how much you enjoyed the movie, in the comments below.