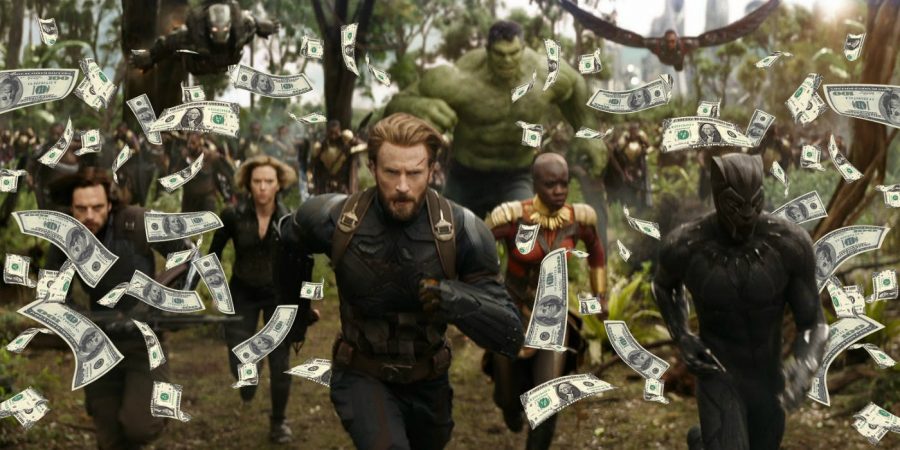 The all-star heist comedy Ocean’s 8 exceeded expectations this weekend with 41.6 million dollars. This number exceeds the openings of all previous Ocean’s movies, where the highest so far was Ocean’s Twelve with 39.15 million. If the movie has legs, it’s safe to say we will be getting more heists with this crew. What’s left to see is whether this will motivate more gender-swapped franchise revivals. Women in Black perhaps?

Meanwhile, A24 just had its biggest opening weekend so far with Hereditary’s 13.6 million. The studio’s top 3 opening weekends are all horror movies, the other two being The Witch and It Comes at Night, but this seems to be at least partially due to their awards fare like Lady Bird and Moonlight opening in limited release before expanding.

Avengers: Infinity War, still going strong worldwide, became the fourth film to join the 2 billion dollar club. It reached this milestone in 48 days, beating Star Wars: The Force Awakens which took 54 days, but not Avatar, which did it in 47. It now seems plausible for the movie to beat the overall gross of The Force Awakens by the end of its run.

The dystopian crime comedy Hotel Artemis got mixed reviews from critics, with a Metascore of 57 and 59% on Rotten Tomatoes. Audiences were much less forgiving, and the movie ended up with a CinemaScore of C-.

Hereditary did poorly with audiences too, with a CinemaScore of D+ that is in line with previous A24 horror releases The Witch (C-) and It Comes at Night (D). Critics, however, loved it even more than those two films, with a “must-see” 86 on Metacritic and an impressive 91% on Rotten Tomatoes.

Ocean’s 8 got very mildly positive reviews, with a lackluster Metascore of 60 and a Rotten Tomatoes approval rating of just 67%. Audience response was par for the course for this franchise, as the B+ CinemaScore joins the B+, B and B+ scores for the Soderbergh trilogy.

The blaxploitation remake Superfly didn’t fare any better with the audiences, getting a grade of B+. With critics, the reaction was significantly worse. Both the Metascore of 53 and the Rotten Tomatoes rating of 52% indicate an even split, and the consensus reads, “Superfly updates the blaxploitation original with a stylish remake that’s short on social subtext, but still exciting and visually arresting enough to offer its own slickly staged action rewards.”