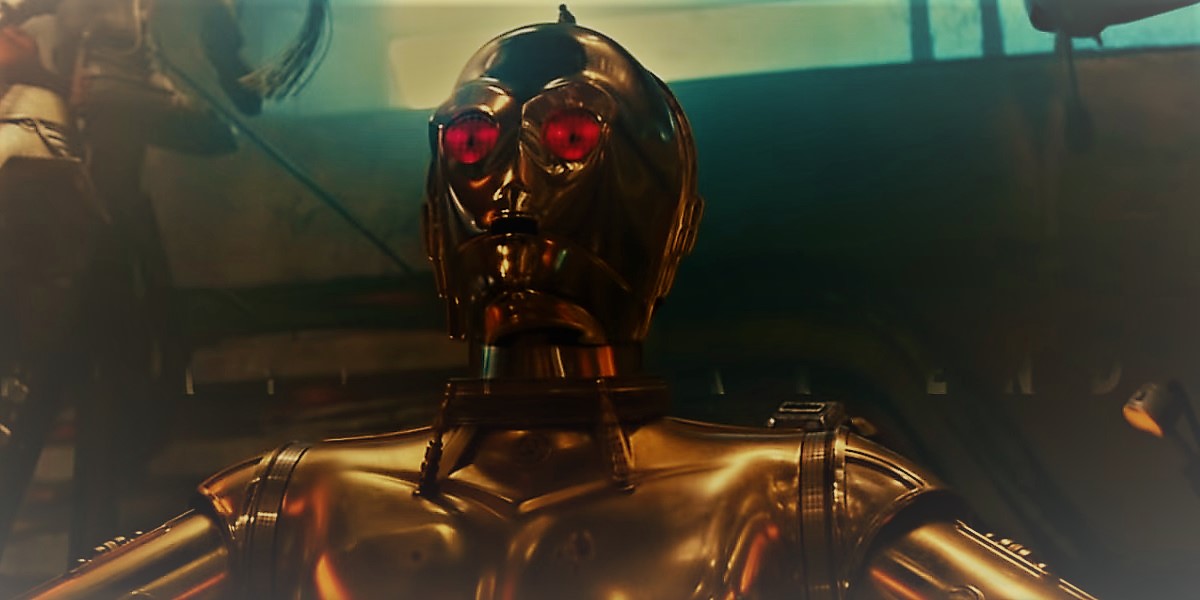 We Finally Know The Secret Behind C-3PO’s Red Eyes

Disney is leaving no chance to mess with the minds of Star Wars followers by revealing clips of questionable nature from The Rise of Skywalker. Daisy Ridley’s Rey, wielding a double-bladed red lightsaber has drawn assumptions that she has fraternized with the enemy. And then another speculation of a good character gone dark seeded from the footage of C-3PO flaunting ominous red eyes.

Plausible explanations behind the red oozing out of C-3PO ‘s peekers are that either he has been swayed or that he is probably a sith. But a recent update about a new character helped us connect the dots.

A Droidsmith of diminutive stature with talents of cosmic proportions – Babu Frik!

Here is how Starwars.com stylized the persona and fervors of the new alien:

“The tiny Anzellan droidsmith, first glimpsed in toy form during the Triple Force Friday livestream event, works among the Spice Runners of Kijimi and can reprogram or modify virtually any droid — regardless of the security measures protecting its systems.”

Have a look at the pint-sized droid technician in live-action: 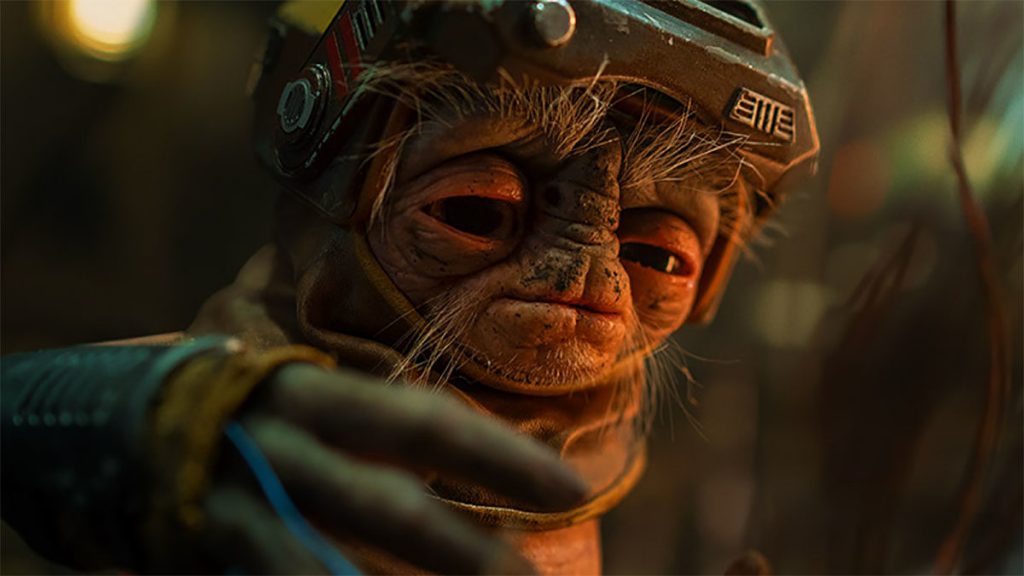 Now size up and focus on the part that says “can reprogram or modify virtually any droid”.

Babu Frik is clearly the only one with the powers and talent to mess up with the protocol fixated droid created by Annakin Skywalker. That’s all we needed to understand why C-3PO is shooting red daggers in the trailer. Now we are not quite sure, who Babu Frik swears his allegiance to, but guessing from the part that says “Spice Runners of Kimji” it will not be wrong to assume he operates for Resistance.

The very first disclosure about Babu Frik came in September. The classic toy unveiling the furry coated droid master happened at the Triple Force Friday Preview event. Although not much has been revealed about Babu’s role in the franchise sequel. We can’t help but think if it is because he could do something important to the story.

It’s hard to clearly decipher the arcs of the final chapter looking at the skillfully edited trailers. They are only flashing glimpses from the movie without projecting a clear idea of the plot. All we can do is interpret these glimpses to get the bigger picture. However, it’s only fair to maintain the mysterious aura given this is the final chapter of the Skywalker Trilogy.

After all, it’s just a few months ahead of release and fans deserve this period of excitement.

The Rise of Skywalker opens in theatres on December 20, 2019.