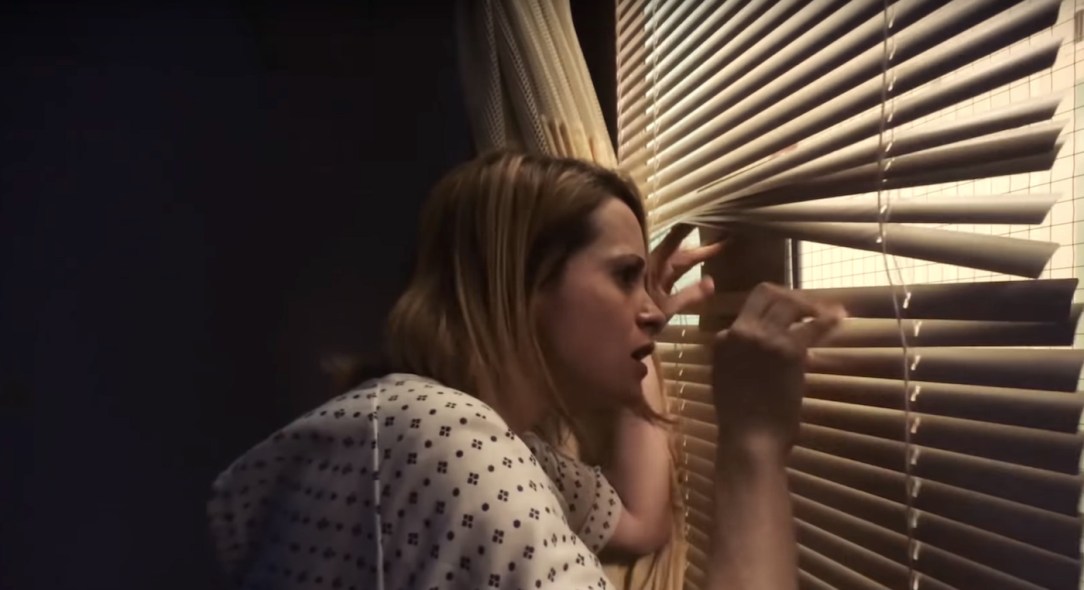 Unsane Review: A Delusion or Reality?

Steven Soderbergh (Erin Brockovich, Ocean’s Eleven) gives Claire Foy (The Crown) the perfect opportunity to showcase her intense performance as the deranged Sawyer Valentini, a victim of stalking, in his new movie Unsane, which interestingly, is shot entirely on an iPhone.

Being a lover of psychological thrillers, this movie certainly lives up to the genre for me. It will keep you in a dilemma for a long time, as you wonder whether Sawyer is living in the reality or in a delusion, especially after she claims that one of the orderlies in the mental institution (where she’s being kept against her will) is David Strine (Joshua Leonard), the man who has been stalking her for the past two years.

When the truth finally surfaces, you realise that things weren’t so complex as they seemed to be, that it was all so simple. The plot twist isn’t mind boggling, just unexpected. Sawyer is driven to insanity when no one believes her, and it is believed that she must be suffering from a mental disorder. But is she? The usual “is she crazy or is she telling the truth” takes a different turn this time.

Soderbergh deals with some serious issues that ought to be more widely known, by presenting the disturbing truth about some mental institutions, and about gaslighting, where the world chooses to ignore the plight of a victim by labelling her as “insane” and making her doubt her own sanity.

While Claire Foy shines in the movie, the other characters are just as interesting as well, especially Violet (Juno Temple) and Nate Hoffman (Jay Pharoah). Sawyer believes she is sane, but even after a fellow inmate supports her claim, it’s hard to consider a claim made by a recovering drug addict as the truth, which adds more to the mystery of “Who is the villain here?”. And with this, you are yet again asked to narrow down your choices as you wonder whether it’s the institution, the stalker, or just the “mental instability” of our protagonist.

The title of the movie however, doesn’t make sense to me. Why “unsane” ? Why not “insane” for that matter? Perhaps they didn’t go for the latter because her insanity is always a doubtful question until you sit through the whole movie.

Nevertheless, I urge you to watch it. At just 1 hr 38 min long, the eerie background score and murky effects along with Claire Foy’s and Joshua Leonard’s manic acting will keep you engaged and curious. Also, prepare to be blown away by the end sequence.