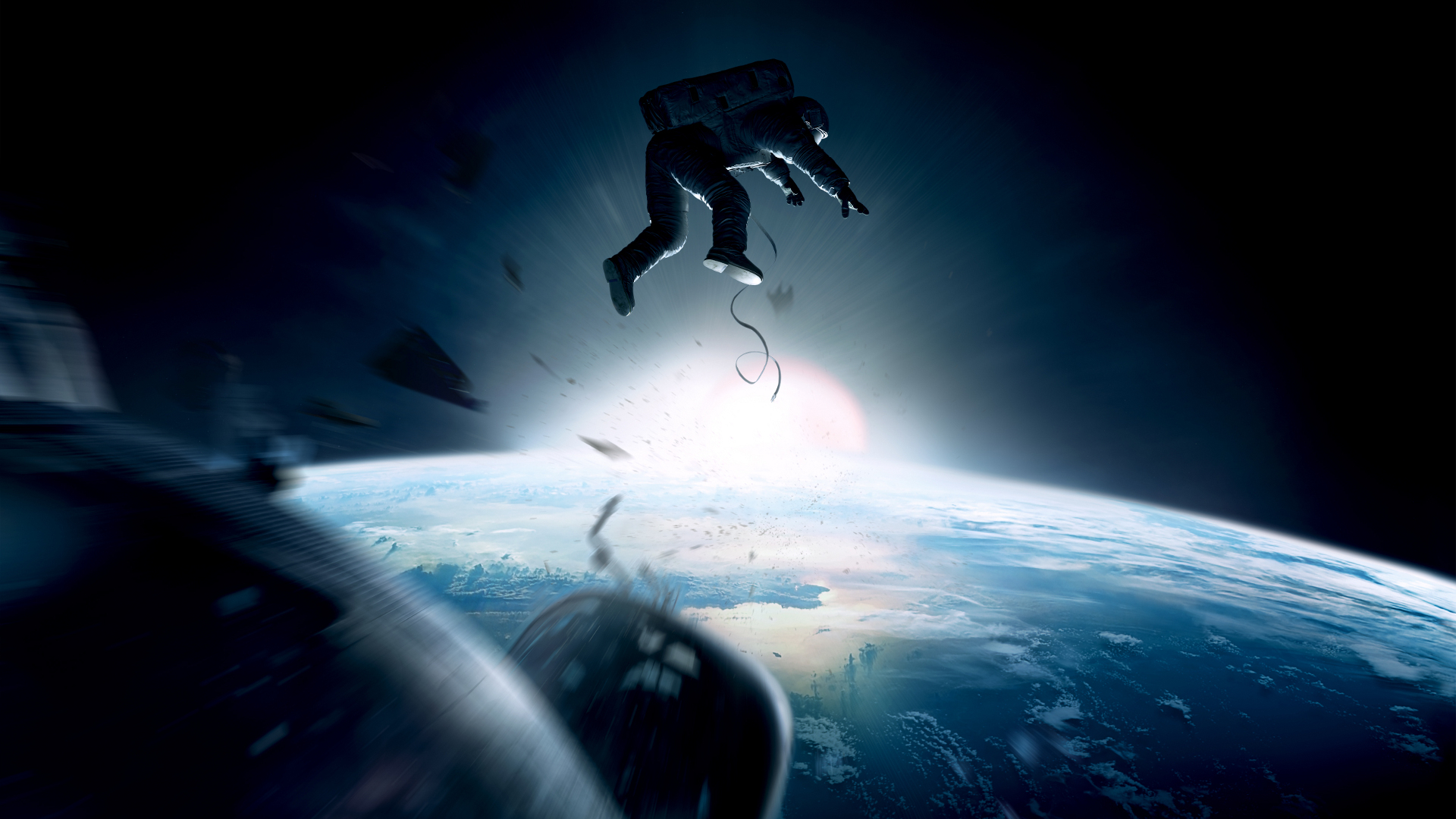 Top 10 Recent Movies With The Most Amazing Visuals

There are numerous factors that make or break a film. But today we are looking at the world of movies through the eyes of a photographer. So, visuals are the top priority parameter or in other words, we’re looking for the most beautiful movies.
What makes a movie beautiful?
From a visual perspective, a perfect harmony between color, composition, and lighting is the key to making a beautiful movie. Let’s take a look at the Top 10 most visually marvelous movies that you shouldn’t miss.

La La Land was hands down one of the most visually notable movies that came out recently. Even Though the singing and dancing part of the movie grabs our attention, it’s almost impossible to ignore the efforts taken in the cinematography department in turning the grim-looking, sprawling metro area into a rainbow candy-colored musical utopia.

La La Land Cinematographer Linus Sandgren says “ It was all about Creating a romantic Los Angeles” and he did a splendid job with that.

The usage of color in the movie was as choreographed as the dance sessions or the dialogues. The visuals are used to communicate with the audience and nothing, not even the tinted street lights are at random here. Altogether La La Land is by far one of the most visually appealing movies we’ve seen so far.

Not Many cinematographers can claim that they have worked as distinctively through multiple genres and formats as Lawrence Sher has in his career.

He has shot movies Like The Joker, Paul, Garden State, and The Hangover; all of which utilize color, Lighting, and camera in a very distinctive and evocative manner.

The movie Joker utilizes the colors in a way never seen before and all credit goes to Lawrence. The Proper usage of color in Joker helps in evocating Mood, Depth, suspense, intensity, and depth of the scenes and simultaneously the movie. As the movie progresses the colors get more and more intense and vibrant and at the same time explore the shadows and darkness to show the intentions and the ill-will of the narrator. As a whole Joker is a rollercoaster of emotions that are spellbindingly attractive and Focus pulling at the same time.

The tree of life

Even Though the film Tree of life can be described as a divisive and a hard to swallow a pill, the beauty and the visual prowess of the movie cannot be denied or argued with. What Terence Malik and Emmanuel Lubezki did with the movie “The tree of life” is astonishing, to say the least. The film is a free-flowing narrative filmed in a Steadicam-style utilizing very minimal artificial lighting focusing mainly on spontaneity both in acting and in the camera work. My favorite shot in the movie is a shot of three children playing in the street, with the camera focussing not on their bodies, but rather their shadows. As the image is flipped upward the shadows gain a feeling of realness, with the heads up and the feet down, making the shadows nearly appear to be more similar to ghosts. The camera moves alongside the children in extraordinary smooth movement which pushes the shot considerably further into the domain of enchantment, practically ethereal. As far as I might be concerned, this is the magic of pure wonderful cinematography. It’s of different quality in comparison to, say, the successful narrative work in Touch of Evil or The Insider. Here, the story is repressed and not all the focal point, however, the feeling is even more obvious. I felt shudders when I saw this went interestingly, it’s as yet my #1 single shot of The Tree of Life.

Fury road dominates one of the most essential elements of film-going or entertainment media, “Escape”. A film is a portal into a day to day existence other than your own, regardless of whether it’s the distance of a Nazi-battling paleontologist or the functions of an analyst on the path of an insane person, everything’s for the sake of giving the crowd an alternate point of view and experience; showing the crowd the world from a point they’ve not seen previously. Sci-fi specifically has an interesting assignment of this. You’re introducing a world far eliminated from our own- how would you keep the crowd snared and ready to follow the activity while ceasing from handholding? The show, don’t tell. That about sums up Fury road. It is a movie worth watching and trust me you’ll fall in love with the work.

“Life of Pi” won the most Oscars in 2012, including Ang Lee for Best Director and Claudio Miranda for Best Cinematography. Life of Pi contains a flock of cutting-edge special effects shots, with a decent portion of the film, including co-hero Richard Parker the Tiger, produced by computers. Claudio Miranda had the troublesome undertaking of shooting a very remarkable film that didn’t exist much in reality, yet catching its epic quintessence in a way that would coordinate the staggering CGI. The cash and efforts spent on the tank that served as the ocean underline how significant the sea setting was to live of Pi. For some shots of the film, the frame would be primarily water. Accordingly, Ang Lee chose to shoot the film in 3D, an innovation still doubtful and not also regarded at that point. Miranda additionally used an open shutter for the vast majority of the film, permitting all the more light into the camera for each shot. The outcome is a smoother, more normal look, nearer to the manner in which we see the world with our natural eyes. This made it simpler for the crowd to watch the moving water for a lengthy time frame and permitted them to follow the pictures in the quick-cut, chaotic set pieces. The last thing Ang Lee needed was for his crowd to get nauseous while watching his film, and a totally open shutter was a keen way of forestalling that.
While a considerable lot of Life of Pi’s most striking shots are computer-generated, they would have felt bogus and awkward if it wasn’t for the endeavors of Ang Lee, Claudio Miranda, and the cinematography group to capture everything in a consistent, legitimate manner. By consolidating both the magic and science of motion pictures, the producers behind Life of Pi figure out how to make dreams come true.

Magnificent visuals and a stirring score make it easy to pardon the film its inadequacies. Like the original, Legacy transports you to a different universe. Unlike most movies with weighty CG, the Tron setting looks very substantial, with a solid material feel that gives the chaotic action sequences a feeling of fatality and engagement. Jeff Bridges’ regular style assists the viewer in accepting that the world and the events are real, particularly the different pieces of narration called for (and a reminder of Alec Guinness in Star Wars). Prescribed to devotees of science fiction epic and to the people who never tire of the Hero’s Journey, Tron: Legacy is a visual treat, to say the least.

In numerous ways, “Cold War” is a superior exhibit for cinematographer Lukasz Zal than “Ida,” the previous black-and-white movie he shot for Director Pawel Pawlikowski, which earned him a co-cinematography Oscar nomination. For “Cold War,” Pawlikowski and Zal dial up the contrast, while lifting the camera so it can dive further into suggestive spaces. The film likewise accompanied a long time of prep, where the two partners painstakingly planned longer shots so that the visual narrating is reduced to its fundamentals: each scene is a sensational narrating beat, while Zal’s exact lighting and utilization of compositional depth emphasize on even the littlest motions to give them profound ramifications, right down to the tragic ending.

Alfonso Cuarón’s Gravity is one of the rare, fortunate motion pictures to have its own particular look imparted to no other film. In 2014, it won (among numerous different honors) the Academy Award for Best Cinematography. One glance at the space-set spine chiller and anybody can see there are a few reasons Gravity won and acquired this honor.

With a staggering measure of special effects shots and loyally reproducing the appearance of zero-G space, Gravity took more than four years to make, a genuine work of enthusiasm and masterfulness once in a while found in cutting edge blockbusters. Lubezki and the cinematography group needed to beat the test of making Gravity’s setting—the dark drained of space—both fascinating to take a gander at while additionally overpoweringly empty. Shooting nothing is harder than shooting everything, and for the film to work, it was fundamental. It sold that space was without a doubt an everlasting span of nothingness. Luckily for the producers and the crowd, Gravity accomplished this in spades and is maybe the most valiant effort to ship a mass crowd to space.

Jordan Cronenweth’s photography for Blade Runner, with its solid shafts of light and utilization of backlighting, promptly summons pictures from classic black-and-white movies, and it is no mishap that it does.

David Dryer, one of the special effects supervisors, who worked with black-and-white prints for most scenes in the film for some explanation, nearly wishes the film could be released in black and white. He thinks it appears to have significantly more profundity and style clearly. Obviously, this would not do justice to Cronenweth’s work, yet it means that the manner by which the visual style of the film bends back to classic movies. As each and every part of the film, Cronenweth’s photography takes the classic shows one stride further, and not the least of his tools in doing this is the utilization of color or even the absence of it where the viewer would normally expect it.