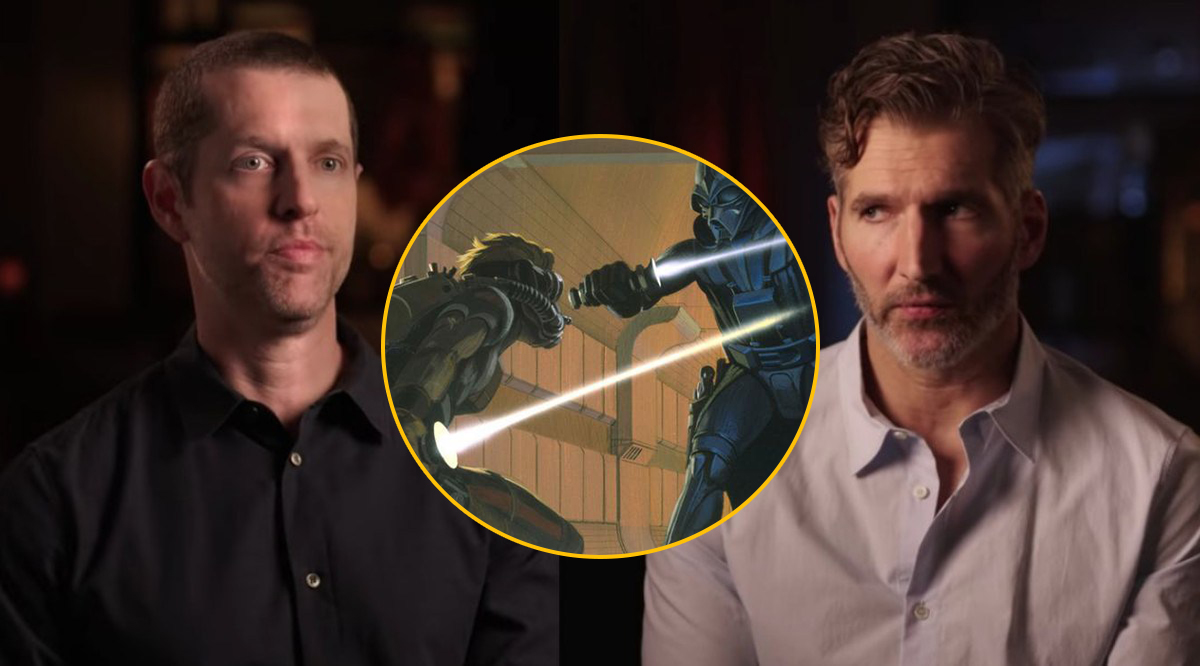 Star Wars fans will be having a sad weekend this time around. With David Benioff and D.B. Weiss officially exiting their deal with Disney, we won’t be seeing any Star Wars trilogy from the Game of Thrones showrunners as promised.

Initially, it was reported the two will be developing on the Jedi origin story. Fans had speculated that the pair would be developing the Knights of the Old Republic storyline. However, recent reveals are showing that they were intending on going even further back in the official canon to explore how the Jedi came to exist. Guess, we will not be seeing the secret of the Jedi’s origin anytime soon.

Even though Benioff and Weiss’ Star Wars trilogy was canceled, not much about its possible connections to the current sequel trilogy is out yet. Some fans are theorizing that there are chances for their story arc to be linked to the Jedi Temple on Ahch-To. Also, it actually unclear how far they were in the writing process before exiting from the project.

Rumors circulating are stating that it was the massive $250 million deal with Netflix that put an end to David Benioff and D.B. Weiss’ association with Lucasfilm. With such a huge deal already in their pockets, it was most obvious that the pair would never be able to get the time from the studios to properly develop a new trilogy. Despite that, Disney was not liking the Netflix deal from the beginning.

However, it is not the first time Lucasfilm has let go of a director in the past years. Before David Benioff and D.B. Weiss, other directors like Phil Lord, Colin Trevorrow, Chris Miller, and Josh Trank have had similar experiences with the studio.

Considering the ‘toxic fandom’ and heavily divisive final season of Game of Thrones, Lucasfilm might have become nervous about giving over the project to David Benioff and D.B. Weiss. Whatever the case may be, the deal is now officially off.

Fans, on the other hand, are looking for new stories with the Skywalker Saga ending this year with The Rise of Skywalker. Whether or not the studios will be able to bring such a story to the table needs to be seen.