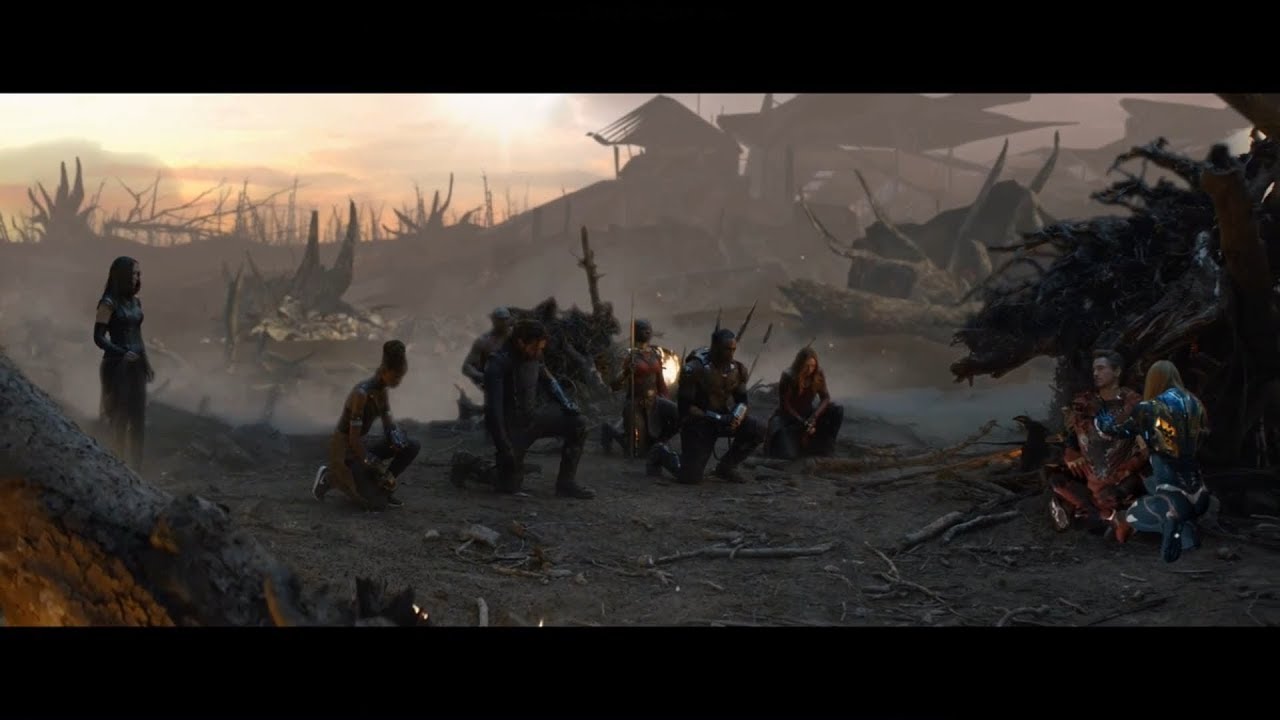 This Endgame Deleted Scene Will Make You Emotional All Over Again

Avengers Endgame marked the end for one of the most epic cinematic saga in movie history. The death Tony Stark towards the end of the movie left us with teary eyes. However, months after Avengers: Endgame, a new exclusive deleted scene from the film was unveiled online and MCU fans may need some more tissues.

The clip shows the heartbreaking moment when Robert Downey Jr’s Iron Man/Tony Stark sacrifices his life to save the universe on the battlefield. Instead of the scene fading into black, as shown in the theatrical release, the Avengers are seen paying a touching tribute to Iron Man.

Pepper Potts gives Tony Stark a final kiss as the rest of Earth’s Mightiest Heroes slowly dropping to one knee in honor of the fallen Avenger. Jeremy Renner’s Hawkeye is the first to kneel and bow his head. Soon, one after the other, Captain Marvel (Brie Larson), Nebula (Karen Gillian), Doctor Strange (Benedict Cumberbatch), Star-Lord (Chris Pratt), Thor (Chris Hemsworth), Captain America (Chris Evans), and Valkyrie (Tessa Thompson) kneel down in front of the fallen hero.

Though the scene does not appear to be completely finished in terms of CGI, an extra minute of footage would have been a worthy addition to the Avengers: Endgame rerelease a few weeks ago and MCU fans would probably have responded to it better. Whatever the case may be, the rerelease did help the movie become the highest-grossing movie of all time, beating out James Cameron’s Avatar.

Directors Joe and Anthony Russo explained in an email about why they excluded the moment: “It’s a beautiful scene with moving performances, but we filmed it prior to Tony Stark’s funeral. The funeral scene ultimately became a more resonant and emotional reflection on Tony’s death for us.”

What do you think about the deleted scene? Watch the clip and let us know: