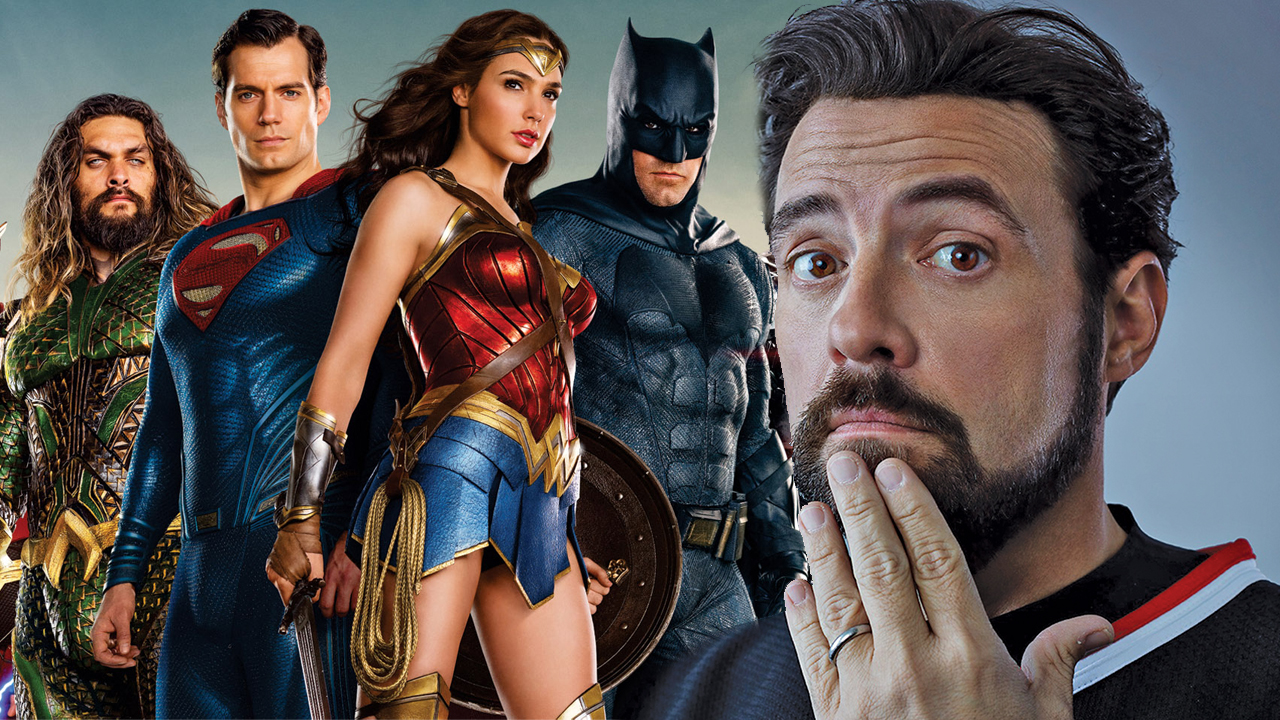 “There IS a Snyder Cut”, Kevin Smith Reveals

It seems like the whole fire ragging around the ‘Snyder Cut’ is not going to settle down anytime soon. For more than two years, DC fans have been trying all they can to get a glimpse of the original Justice League. Though there is no actual evidence that such a cut exist, fans believe that there is something closer to Zack Synder’s vision out there.

It was in a recent interview that the topic came up. Kevin responded by saying: “I’ve not seen it firsthand. And also to be clear, I know Zack, but it’s not like, ‘We’re f****** tight son!’… That being said, I’ve spoken now to enough people at various levels in that production. There IS a Snyder cut. For sure. That’s not a mythical beast. It exists.

“Now, it’s not a finished movie by any stretch of the imagination. There were things that went away from the story that they shot that didn’t wind up going into (visual) effects or anything like that. So I would assume, based on what I’ve been told, that large sections of that Snyder Cut are, you know, pre-viz (with) a lot of green screen. We’re not talking a finished movie. When people hear ‘Snyder Cut’ in their heads, they think about, like, a DVD they’ve seen of an extended cut or something that’s finished. The ‘Snyder Cut’ that, again I haven’t seen, but the one I’ve heard everyone speak of was never a finished film. It was a movie that people in production could watch and fill in the blanks. It was certainly not meant for mass consumption.”

While Marvel Studios was busy building a whole Cinematic Universe for their comic book characters, Warner Bros.-owned DC was working on Nolan’s Dark Knight Trilogy. Though there is no debate that Nolan’s movies are considered as the best comic book movies ever made (till date), DC (Warner Bros.) missed their chance to retaliate against the MCU with something of their own.

The Marvel Cinematic Universe branched itself into one of the most profitable franchises in Hollywood. Meanwhile, DC was left with just three awesome Batman movie and one really, REALLY bad Green Lantern movie.  But, the studio was not going to give up that easily. With visionary director Zack Synder, they decided to assemble their team of superheroes (but a little too quick). The result was Man of Steel, Batman vs Superman (excluding non-Snyder films like Wonder Woman, Aquaman, and Shazam!) which finally ended in Justice League. But, before the movie was even finished, Synder was removed as the director (though he was given credits) and Joss Whedon was appointed to ‘lighten up’ the movie. The awkward reshoots and inconsistent tone resulted the movie to fail at the box office.

Ever since then fans are in a constant rage, asking Warner Bros. to release Synder’s original version of the movie. If what Kevin Smith told about the Synder Cut is true, then it is obvious that we will not be seeing any of it. The studio will not be spending more cash on an already doomed franchise. But for now, let’s keep our fingers crossed and hope for a miracle.