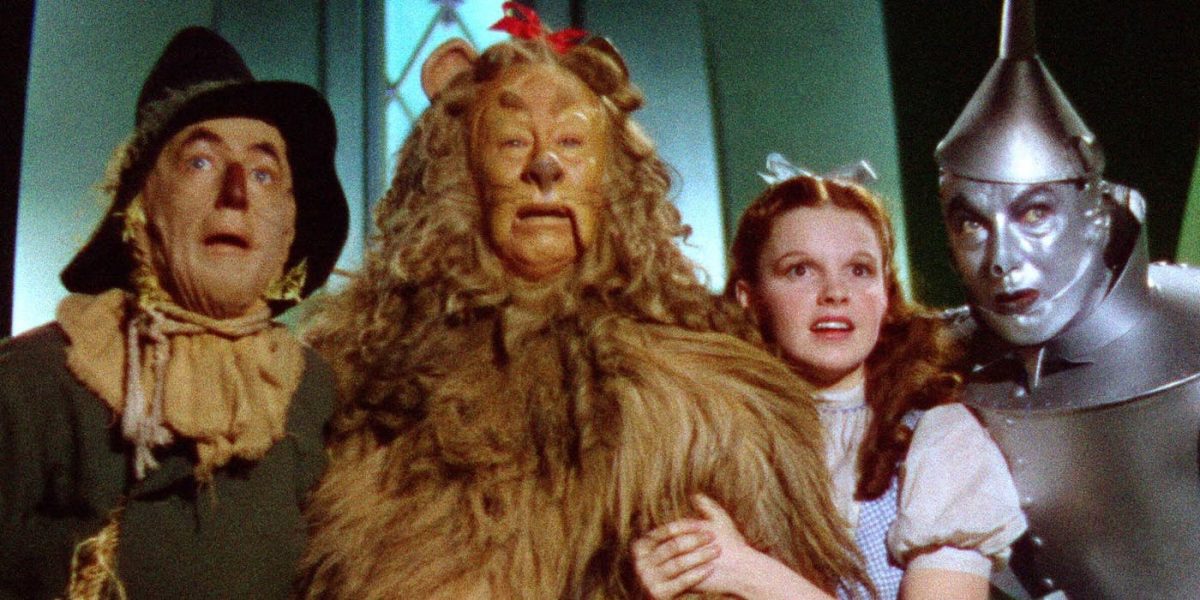 ‘The Wizard of Oz’ Is The Most Influential Film of All Time. Here Is The Reason

A recent study has found that The Wizard of Oz is the most influential film of all time. The study conducted at the University of Turin selected MGM’s 1939 musical ‘masterpiece’ from more than 47,000 films.

Based on L.Frank Baum’s 1900 children’s novel ‘The Wonderful Wizard of Oz’, the movie was MGM’s biggest production at the time ($3 million). However, the movie turned out to be a failure at the box office initially. It was only with several re-releases that the studio was able to make a healthy financial return from it.

How did such a movie end up as the most influential movie of all time?! We also want to find out the answer to that. There are several factors and a variety of combinations that make up the anatomy of a cult film. We will be taking a close look at these elements in The Wizard of Oz.

In order for any art to gain cultural significance, it needs to break the existing rules and produce something better. In the case of cinema, this happens more often, but only a few will pass the test of time to become cult classics. When MGM decided to make The Wizard of Oz, they knew that they were breaking or rather bending some contemporary self-imposed ‘unwritten rules’ of the industry.

The production was more of a gamble since it followed the failure of 1933’s Paramount production of Alice in Wonderland.  However, what made MGM stand out is the skillful use of Technicolor. And for that, the movie is still considered as an extremely bold and worthy ‘rule twister’.

Cinema has always shaped our reality. It constantly makes us believe that there is something better than life out there. This feeling of leaving the reality behind can be seen even in the most cynical cult movies. When MGM was producing The Wizard of Oz, they made sure that this ‘better-than-life’ sentiment is provoked in the audience.

The makers of the movie deliberately used sepia tones at the beginning of the film and the end, to represent reality. However, in the ‘surreal world’ they used technicolor (which was a new technology at the time).

As a result, we also fell in love with Dorothy Gale’s fantasy world.

Loose ends are mostly considered as lazy writing. But in cult movies, they add an extra charm. The idea that the characters ‘live on’ outside of the finished story itself keeps these movies open for new speculations and theories.

The abrupt ending of The Wizard of Oz presents the audience with one such loose ending. Initially, it was planned as Hunk/The Scarecrow (Roy Bolger) leaving for an agricultural college and he would eventually marry Dorothy upon his return. However, this was changed to the ‘Kansas family’ assembling around Dorothy’s bed. Though this change happened as a result of the studio shortening the movie’s runtime, it gave the movie its cult appeal.

Wait! Are we talking about bad production or the morality of the content?! Unfortunately, The Wizard of Oz has both. Though the movie was made with the biggest budget of that time, it did had many production flaws. The rough ending of the movie is merely the tip of the iceberg. Throughout the film, there are scenes that end a little too abruptly. The Wicked Witch’s instructions to the flying monkeys are cut short almost mid-sentence. This is one of many clunky and disjointed edits in the movie.

As for the moral side, we all know how the ‘romance’ between Dorothy and Hunk/the Scarecrow got diminished.

What do you think about The Wizard of Oz? Does it deserve to be the most influential film of all time? Let us know in the comments below.