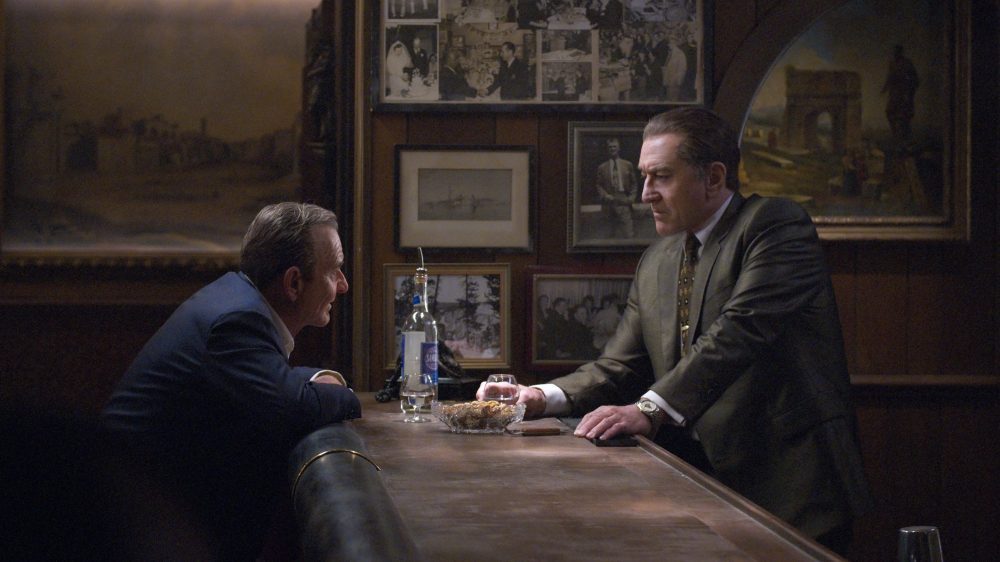 ‘The Irishman’ To Have A 210 Minutes Long Runtime

Yep! You heard it right. Martin Scorsese’s star-studded The Irishman will clock in a bum-numbing three hours and thirty minutes. Even though the movie is inching closer to its November release, not much has yet been revealed to about the flick. However, the newly disclosed details about the movie’s runtime will surely give fans a heads-up before its official release.

When compared with other ‘long runtime movies’, The Irishman is less than Gone With The Wind (238 minutes), Once Upon A Time In America (229 minutes) and Lawrence of Arabia (216 minutes). However, it is nine minutes longer than Lord Of The Rings: The Return Of The King and 10 minutes than The Godfather: Part II.

It was only last month that the film’s first trailer got released, featuring the first glimpse of a de-aged Robert De Niro. Even though we haven’t heard much about the movie since then, it is obvious now that the film has an incredibly impressive cast including De Niro, Al Pacino, and Joe Pesci. It’s also one of Scorsese’s priciest films yet, with a reported budget of $160 million (£130m).

Though the movie gets its premiere at the New York Film Festival on 27 September, it will only be available briefly in cinemas in the UK from 8 November. However, from 27 November onwards, the movie will begin streaming on Netflix.

Here is the official trailer for The Irishman: