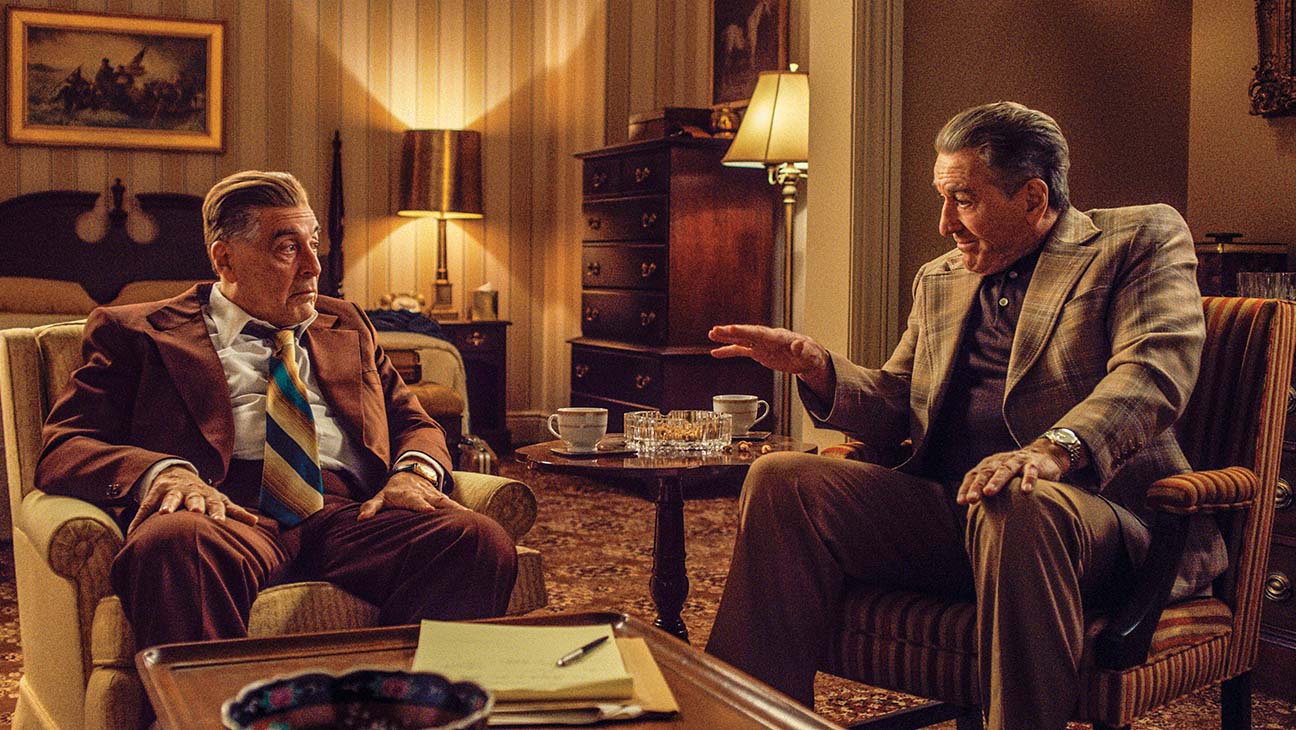 It’s a meticulous and rare assortment of three legends onscreen directed by another legend. Martin Scorsese brings together Robert De Niro, Al Pacino and Joe Pesci for an all-encompassing mob thriller. Don’t let “Thriller” diminish your excitement because this film is much more than just another drug lord or bounty hunter life history. But it has definitely got a lot to do with various phases of history.

Frank Sheeran is introduced to us as a crumbling old man now residing in an old age home and regurgitating his deeds which he regrets and admires at the same time. The man now in his 80s takes us through his life as a war veteran and how fate introduces him to Russel Buffalino (Pesci) and then Hoffa (Al Pacino). Filling the dramatic arcs of the story is a road trip full of cigarette breaks and flashbacks of blood spattering past.

The Buffalinos and Hoffas are both well-known mob families and Frank Sheeran is their trusted aide. The film takes us through the phases of the lives of these teamsters and their involvement in some of history’s important events. The rise and fall of John F. Kennedy, for instance, is a peculiarly narrated tale showcasing the participation of the nation’s most powerful union boss in it. It’s almost as it is if meant to invoke dark thoughts about political homicide.

Franks’s daughter and Russel’s goddaughter Peggy is a small but significant part of the story. She hardly expresses her thoughts in front of the mobster men she grew up watching.  But her fierce gaze is a testimony to her conditioning. Anna Paquin does an incredible job as Peggy.

The story of foreign hitmen who ruled suburban regions of America in a lengthy but a fabulous farewell to the stories of the mobsters. Scorsese has brilliantly utilized the iconic trio to elevate the characters. The narrative has a somber pace native to Scorsese’s style of film making. The Irishman excels in conveying the ultimate message that men who only speak the language of violence do not mean anything to anyone.

Even with all the violence and bloodshed, it seems worth our time to understand the impulses that drive these mobsters. The film definitely goes down in the list as one of the greatest of Scorsese epics.