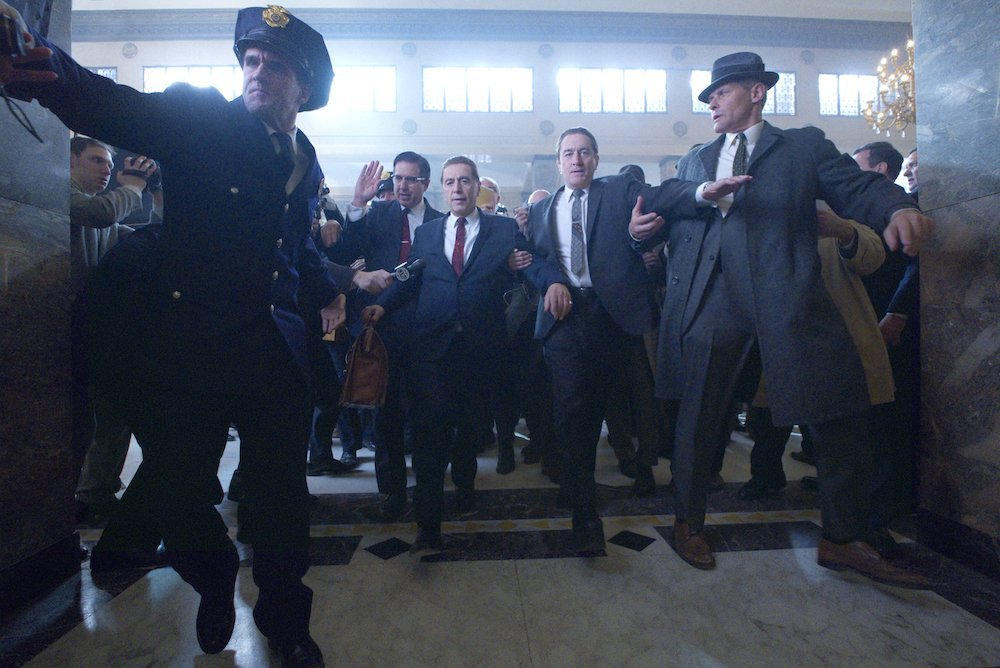 A lot of surprises awaits fans as Martin Scorsese’s The Irishman is finally arriving in cinemas and on Netflix. The film will feature the iconic cast of Robert De Niro, Al Pachino and Joe Pesci in a multiple-decade-spanning mob story, with the help of extensive, revolutionary de-aging CGI.

Scorsese is known for pushing the boundaries of cinema. However, telling a story of characters from their 20s to 80s is a huge swing for even him. It is in this predicament that the filmmaker looked into his own past before starting the work.

According to Industrial Light & Magic’s Pablo Helman: “We made a little set that looked a little like the original film, and then Bob got going. He did his monologues and soliloquies and different expressions. ‘Get rid of the fur coat! Get rid of the Cadillac!’ Then he went through a series of computer processes.”

Scorsese and the others recreated an old scene from the original Goodfellas to check how effective the de-aged tech will be. It was only after watching the de-aged version and the original scene back-to-back that they decided that the approach would work for the film.

“We made a little set that looked a little like the original film, and then [De Niro] got going,” Scorsese explained, “He did his monologues and soliloquies and different expressions… Then he went through a series of computer processes”.

The Irishman marks the ninth time Scorsese and De Niro collaborating. It was in 1995’s Casino that the filmmaker and his trusted muse worked together the last time. The movie also pairs De Niro with his fellow crime-cinema icons Al Pacino and Joe Pesci in the cast. The three actors have worked together before, with Pacino and De Niro previously working for Heat, and De Niro and Pesci sharing screen for Scorsese’s Raging Bull, Goodfellas, and Casino.

The story for The Irishman is adapted from Charles Brandt’s book I Heard You Paint Houses by Oscar-winner Steve Zaillian (Schindler’s List, Gangs of New York). It chronicles the life of hitman Frank “The Irishman” Sheeran through his days of being a young WWII veteran to his career as a hired gun for the Bufalino crime family and involvement in the disappearance of labor leader Jimmy Hoffa (Pacino).

Though there is no doubt that the movie will be another cult classic, the production budget for the effect and de-aging De Niro and his costars was more than $159 million. This, in turn, made it Scorsese’s most expensive film to date. Either way, Netflix seems to be happy with how things turned out. With the movie premiering at the New York Film Festival, we will be seeing it in select theaters for a few weeks in November and then on the streaming service.