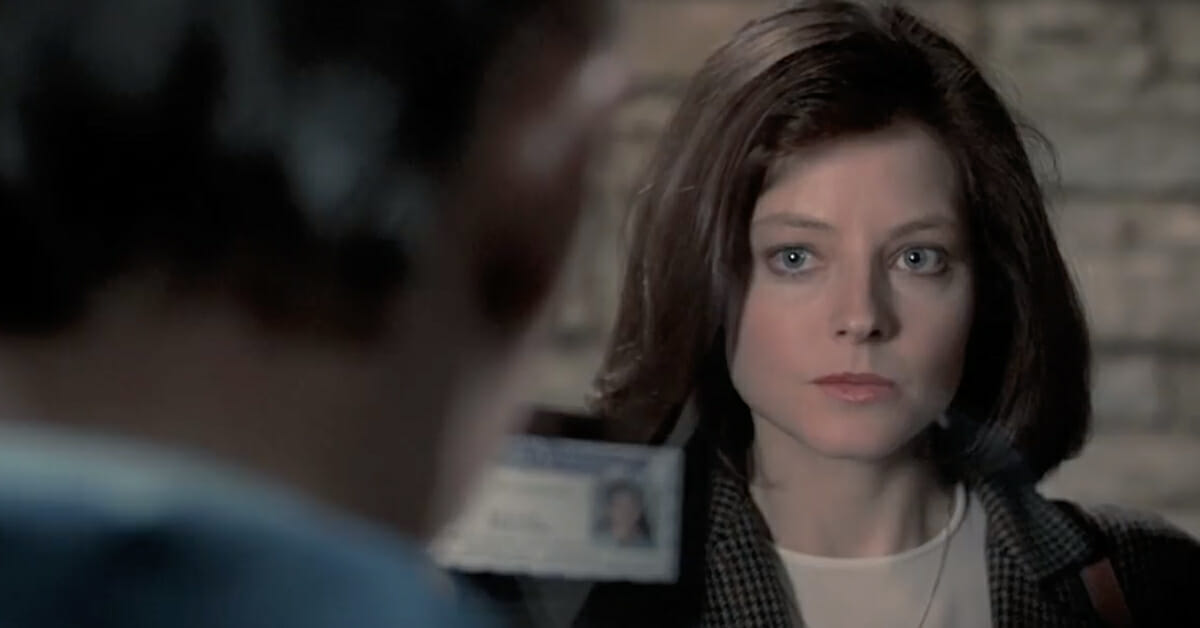 Hannibal Lecter is undeniably the creepiest maniac known to the psycho-thriller universe. Since Thomas Harris’ book was adapted on the silver screen by Jonathan Demme there has not been a single psychopathic character onscreen who has matched up to the caliber of Anthony Hopkins’ Hannibal.

The Silence of The Lambs is still regarded as one of the finest psychological thrillers and is considered a touchstone for most films in the genre. The story was a grisly shocker made sublime by the gut-wrenching performances from the cast.

The plot was filled with gruesome elements and terrifies modern audiences just the same as it did back when it released in 1991. But was there another side to the story that the viewers missed?

iO9 released a video claiming the narrative had a darker secondary twist which was not revealed explicitly but when examined closely, the subtle hints in the film give it away. According to the theory proposed by iO9’s Hamish Spencer, the film at its core is about mind control project by the FBI.

Clarice an aspiring FBI agent is recruited as a trainee for the FBI. She is assigned a serial killer file which apparently cannot be resolved without the help of another criminal mind. This requires her to have regular sessions with Hannibal Lecter who is a psychiatrist and serial killer himself. Lecter agrees to help her decode the identity of the mysterious women killer. But was this totally necessary? Was coming in contact with a criminal mind the only resort.

As per iO9, this was a conspiracy to transform Clarice into a serial killer. The theory claims, that she was just a guinea pig in one of the government’s secret serial killer manufacturing projects. Hannibal Lecter was only a pawn of the FBI in the Grand scheme and that Clarice was deliberately assigned with a case that would require her to work intimately with him thus exposing her to his thoughts on a consistent basis. Lecter is a genius when it comes to understanding and manipulating the human mind. Considering the nature of this hideous project they could not find a better fit than Lecter to carry out the experiment.

But then why Clarice?

She has had a very disturbing childhood and qualifies as a vulnerable target for the whole project. Is it not a little suspicious that a trainee is required to work in such close confines with a killer kept in a maximum security facility?

This was staged on purpose to make sure Clarice is properly brainwashed by Lecter. The sexist discrimination she faces, Lecter’s attempts to channel their conversations to resurface her childhood memories are all a part of the plan to bring out the killer within her.

As she shares the most intimate stories of her childhood with Lecter, he gets a free passage into her head, thus making it easier to manipulate her views.

Hannibal’s mind manipulation skills were explored in great depths in Bryan Fuller’s Hannibal. The eponymous character is seen playing with the minds of his victims who eventually emerge as killing machines and ardent followers of his beliefs. He tricked them into a world of make-believe where they considered them as some kind of superior human race who get to decide the fate of others who live around them.

The evidence that Clarice is also a pawn being manipulated by Lecter in the film is kind of erratic in the entire film.

Clarice is instructed not to bring any sharp objects anywhere in Lectes’s vicinity. But Lecter eventually escapes using a pen that belongs to one of the asylum’s doctors. This bit seemed a bit too out there. This raises questions on the security of the asylum where Lecter was being held, prisoner. It just does not make sense unless there is something else going on. Clarice is singled out from other trainees right at the beginning by one of her superiors and assigned with a complicated case. This seems rather strange. Furthermore, Lecter’s actions seem to align invariably with the theory. All the horrific experiences Clarice goes through, including the secret of the storage room and Lecter’s escape, is meant to create a sense of disturbance in her mind. Hannibal’s attempts at making her relive her childhood memories are just making her more open to considering his take on life. Simply put, she is being prepped for becoming a killer. And at the end of the film, she has become one.

The above details do raise questions around why some plotlines of the story turned out the way they did.  It does provide enough reason for us to believe that Clarice may have been just another victim of Lecter’s predatory routine.

hollywood movieThe silence of The Lambs