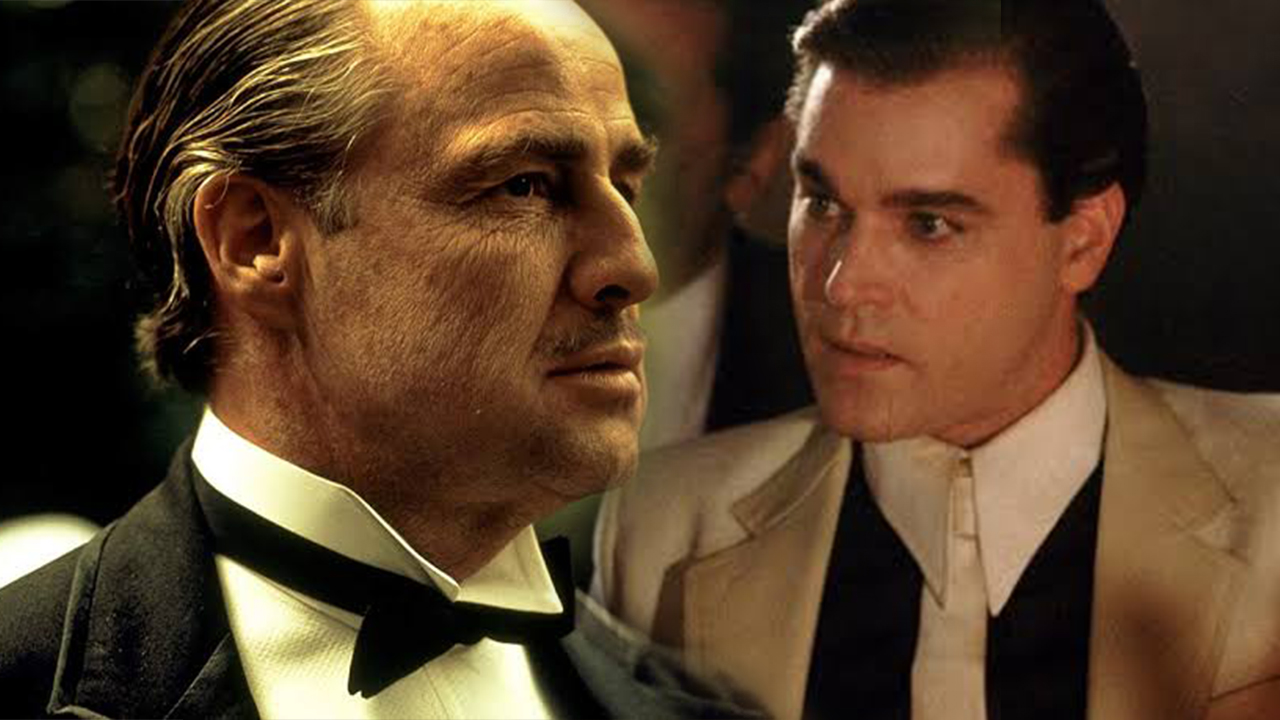 ‘The Godfather’ Vs. ‘Goodfellas’. Which Is The Best Mob Movie Ever Made?!

We all know that Francis Ford Coppola’s The Godfather and Martin Scorsese’s Goodfellas are truly the best gangster movies out there. However, fans of the two iconic flicks often go on debates to find the finest of the two.

Undoubtfully both are very excellent movies. Coppola’s The Godfather is adapted from a fictional novel and Scorsese’s Goodfellas is a true-to-life biopic. One follows a traditional timeline and the other is nonlinear with choppy editing. However, these two well-crafted movies define their genre and are touchstones for all mob movies that got made after.

For those who are eager to find the best from these movies, here is a comparison of the good, bad and ugly from the two movies.

THE GODFATHER IS ROMANTIC PORTRAYAL OF MOB LIFE

Since the movie is based on a novel, the filmmakers had all the freedom to make The Godfather was free to make their lifestyle look glamorous. The Corleones family essentially picturized as the royalty in the criminal underworld. Even though there were occasional scenes like Sonny getting shot dead at a toll booth, most of the movie had their gangsters very glitzy and fabulous.

Gangsters were never this cool until Francis Ford Coppola gave an idealized Hollywood depiction to them.

GOODFELLAS IS THE REALISTIC PORTRAYAL OF MOB LIFE

The movie even ends with one of the mobsters ratting out on all of his friends. He secures his family’s safety in the Witness Protection Program. This itself is a nod to how realistic the movie’s storyline is portrayed.

THE GODFATHER HAS BRILLIANT PERFORMANCES

Whether the fiction element is good or not, it did help the movie’s actors give some of their greatest performances. Surely, Ray Liotta’s performance as Henry Hill in Goodfellas is truly remarkable. His portrayal of the guy who adores the gangster lifestyle and constantly cheats on his wife is phenomenal and intense. However, let not forget that Al Pacino’s turn as Michael Corleone in The Godfather is more nuanced than any performance in Goodfellas.

While Henry yells out what he’s feeling, Michael explains everything in a single facial expression. In addition to that, the subtle performances from supporting players like Marlon Brando, Robert Duvall, James Caan, Talia Shire, John Cazale, and Diane Keaton only adds extra charm to the whole movie. Though Robert De Niro and Joe Pesci’s support in Goodfellas is riveting, it can never be compared to the ensemble of The Godfather.

GOODFELLAS HAS A FASTER PACE

There are many who criticizes The Godfather for being too slow. On the other hand, the pacing in Goodfellas is much quicker. The movie’s plot moves at breakneck speed, jumping back and forth along the timeline of the narrative. But, the makers did make sure that we will be getting all the information you need at any given moment.

In fact, it is this choppy editing of Goodfellas, that gives it the iconic style. In a way, it throws you right into the story at the deep end.