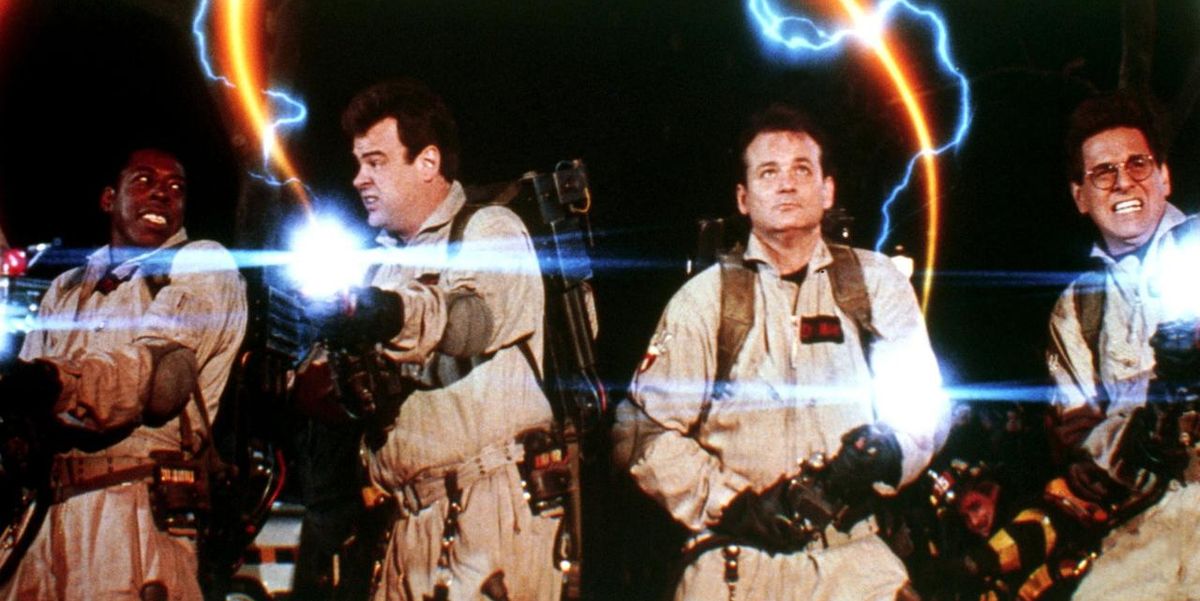 The final showdown however was met with a lot of questions and theories.

According to a popular fan theory, the Ghostbusters might have suffered a terrible fate themselves when they crossing of proton beams. This theory takes its roots from Ergon’s warning that comes earlier in the film where he clearly states that it would be bad if proton beams from multiple particle throwers crossed paths.

He cautioned his fellow Ghostbusters not once but twice during the course of the entire film.

In the end though, when they have exhausted all means to defeat Gozer, Egon himself instructs the team to cross streams.

So what was with all the world ending and life-threatening warnings?

Well according to the theory, the Ghostbuster did not make it out alive from that battle. It was clearly impossible for any human to survive an explosion of those proportions. They had no protective gear on whatsoever that could have protected them from the impact of the blast.

While this may have happened, it raises questions around the sequel of the film. I mean if they did die that day, how did they return in the next installment of the franchise?

According to the theory, the sequel is set in purgatory. This makes sense when you examine the key aspects of the film. If you recall, the film appears skewed from multiple angles.

The theory proposes that the gang is living in a limbo where the events of the first film keep repeating. And if you look closely there are slight hints dropped in the film that indicate that the city and it’s people seem a little out of touch with the events of the past. For instance, the New Yorkers in the film have no memory of the giant marshmallow man.

So how do the Ghostbusters escape the purgatory?

David Houghton of Gamesradar extrapolates this theory by adding his own ideas. He sees all their actions as a way to redeem their actions. After all, by crossing streams, they did not just kill themselves but put the whole world in terrible danger. In an attempt to clear their Karmic account they do everything in their power to do good by the people while they are stuck in between the two worlds. This includes Ray summoning his supernatural powers at the end of the film to save the day.

Not just as Ghostbuster, but the four also make some incredible progress with their personal relationships. Peter gets close to Dana and begins to care for Oscar. The ever cynical Egon puts aside reasoning for once and tries to look at things from a more emotional and humane perspective.  As for Winston, he settles for a world filled with ghosts.

It all adds up. They die in the first film as a result of crossing streams and then the sequel settles their acts in a purgatory.

But if crossing streams did have such catastrophic effect, why did it not happen when the Ghostbuster pulled the same trick earlier in the first film.

The epic battle against Gozer was not the only time their streams crossed. In their spar against Captain Steel, when the Captain misconstrues them for the bad guys and tosses them in the air with a bent poll around them, they use the same technique and emerge unscathed.

All four of them point their particle throwers at the water below and create a plume of water to reduce the impact. Egon later admits that he had no idea that the trick had life-saving potential.

This contradicts the theory in all capacity. For all, we know they were very much alive and did make it to the victory parade in New York.

What do you have to say about this theory? Do let us know in the comments.