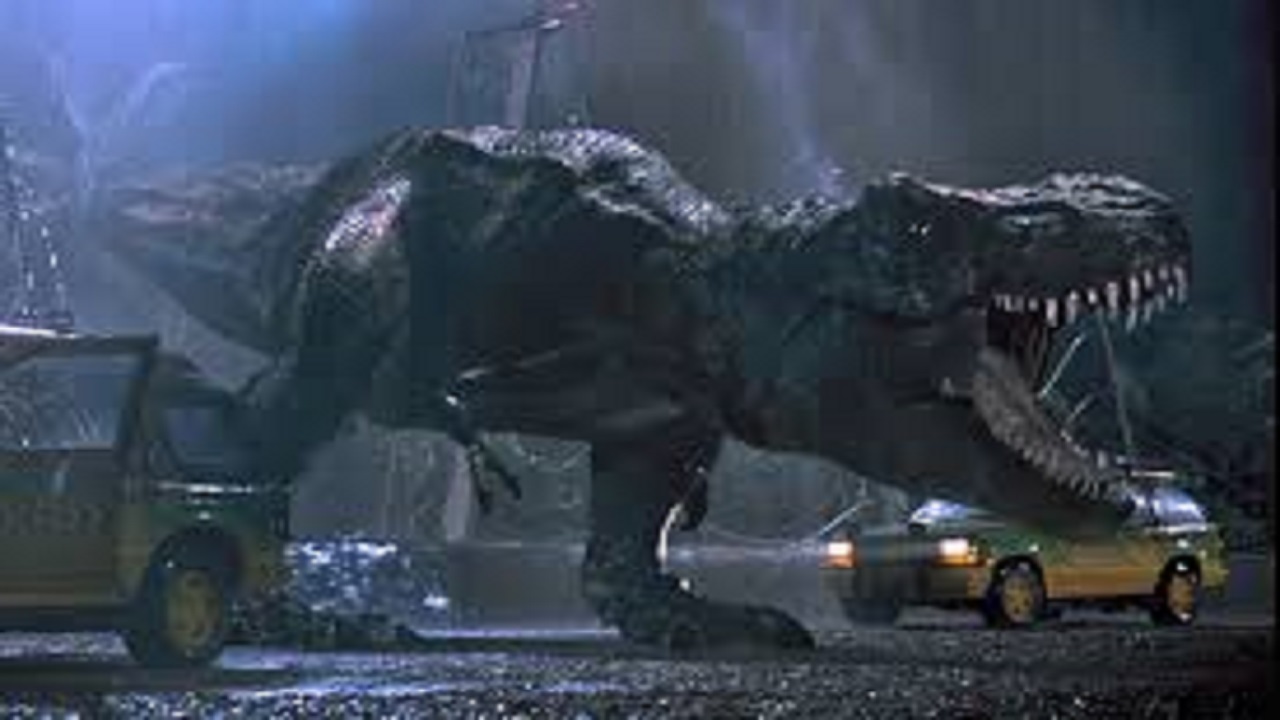 The Dinosaurs in Jurassic Park are not Real

The Steven Spielberg Dinosaur lore that first released in 1993 first presented the world with the possibility that dinosaurs could walk the face of the earth again, very much alive. And that is not much of a shocking revelation given the advancements that have happened over the years in the world of genetic engineering. In the film, the dinosaurs were cloned by entrepreneur John Hammond by extracting DNA from a mosquito preserved in amber. But the claims fall way beyond the limits of science. If you are a science enthusiast it is not difficult to point out the inconsistencies of the facts presented in the film.

We have to give it up to the VFX team of the film for creating exceptional images of the giant Tr-Rexes and bloodthirsty Velociraptors. The park is full of amazing creatures that walked the earth 65 million years ago. So where does the error lie?

According to a theory that was proposed on Reddit, there is not a single real dinosaur in the entire park. The film claims that the Dinosaurs were made from the DNA pooled from mosquitoes that were preserved in amber. But science says DNA would have decayed long before 65 million years. For a moment let us consider that it did manage to remain intact. Even then a mosquito would have had DNA from multiple species of dinosaurs. Not just one.

So how exactly was Hammond able to create the dinosaurs.

The hypothesis suggests that they are lab experiments. They are hybrid creatures built from bits of reptilian, amphibian, and avian DNA and then well crafted to match the popular perception of a dinosaur. The movie scientists have proven that this is possible. The Indominus Rex from Jurassic world is a hybrid of DNA from multiple species spliced together to create an entirely new species.

So why would they not create an entire park full of similar organisms? There is nothing stopping them from doing that. In fact, this way they can create each species with custom specifications.

One way to prove this is the size of the Velociraptors. In the movie, these giants are the size of a human. When in reality, fossil reports of Velociraptors indicate that they can actually grow as big as Chimpanzees.

Another very strong reason to believe this theory is John Hammond’s obsession with creating larger than life illusions with animals to trick people to believe that what they see is real. He started this business by creating a mechanical flea circus which was meant for children. Jurassic Park is no different. It was the same trick that played out on a much larger stage.

He only made it more believable by gaining the trust of Dr. Grant and Dr. Sattler who actually fell for all the stories he made up about the splicing DNA from a mosquito. And if he could fool the scientists, how long before the world accepts it?

The DNA demonstration was all a part of the plan to convince people so the smart ones amongst the onlookers don’t question the actual origin of these giant creatures. But in reality, it was just another con act that Hammond pulled up very smoothly. He knew that it does not matter if the dinosaurs were real. He just wanted people to believe they were. And well, people did!

What do you think about this theory?