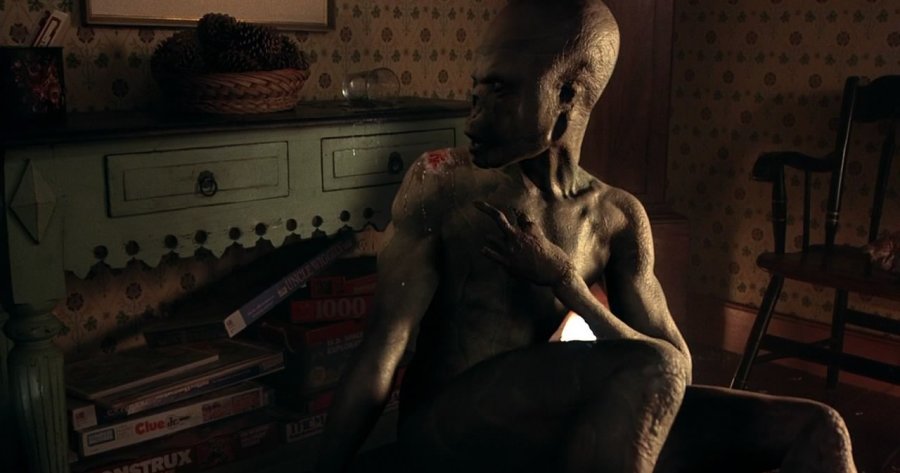 The Aliens In Signs Are Demons

Night Shyamalan is known for his legendary end twists that invariably leave the audiences in awe of his creations. While most of his movies stand out for an epic climax, some are all about perception and interpretation. The elements and events are symbolic and mean to inspire deep thoughts.

One such film is Signs. The sci-fi horror is known to have been a subject of contentious debate among fans and critics. It received a mixed response from fans. While a few found the film terrifying, others complained that the ending was not what they expected off a Shyamalan film.

Signs revolve around the Hess family who witnesses strange events in their farmyard, apparently indicating an alien invasion. Graham Hess loses his wife in a car accident and with that his faith in the lord as a true Christian. He gives up his life as a priest and devotes his life to the farm and his children.

Their private little abode is soon invaded by aliens. The family is terrified at the beginning but soon finds a way to fight the extraterrestrial monsters. Turns out the invading forces cannot stand plain water.

Good for the Hess family but puzzling to the audience. Why would an alien race with the power of advanced technology choose a planet that has the one thing that scares them in abundance?  Come to think of it, one heavy shower of rain, and they are done forever.

That could only mean that they were there for the only other thing that is unique to the Earth. Humanity! Their ultimate goal was to take over human souls and not the planet.

A notable highlight about these aliens is the way they are completely defenseless against humanity. That is not what you expect of a typical alien. The Hess family is able to fight them using routine objects like a baseball bat and unfinished glasses of water that Bo, leaves around the house.

Mysterious events begin to terrorize the town of Pennsylvania, where a strange creature is seen flying across the sky and crop circle appeared in the field. The incidents happen across the town, but the Hess family seems to be the ultimate target bearing maximum brunt from the invaders. 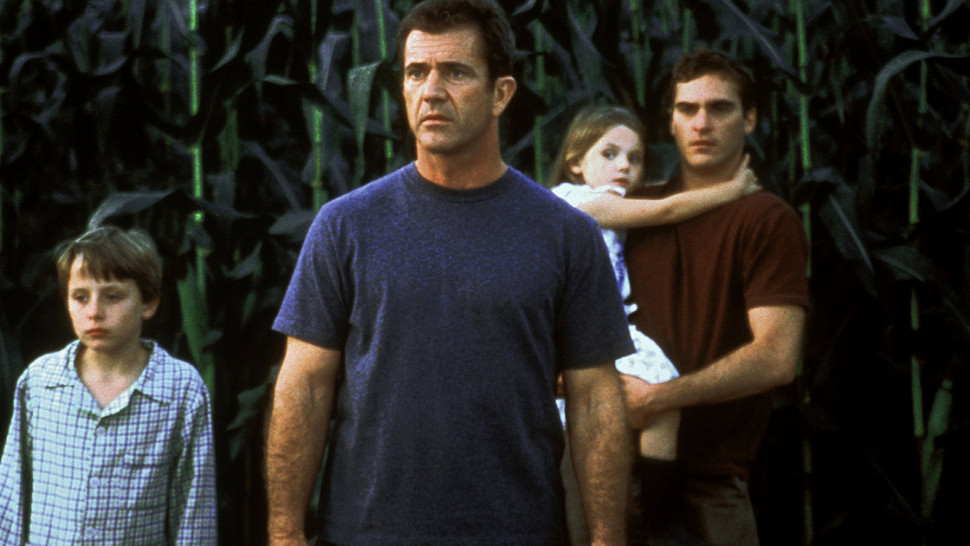 The question is why?

This is attributed to Graham’s loss of faith in his God whom he once worshipped as a priest. And when he gives up his belief in him, the evil forces see him as a vulnerable target.

Night Shyamalan is known to incorporate religious and angelic themes in his films. The theory put forward is based on this very aspect of the Shyamalan brand of cinema.

It all starts on the night Graham refuses to say grace before the last supper.  The next thing they know is that they are under attack from aliens. “I am not ready,” he says with absolute reluctance while the invaders are about to get into the basement where they are hiding. This can be viewed as his battle with his spiritual self. He is not ready to fight his own demons that are pushing him over the edge.

The man who killed his wife in a car accident because he fell asleep while driving, Ray Reddy is also battling with his own demons. He feels the utmost guilt and instead of confronting the husband of the woman he accidentally killed, he keeps dodging him. We see Ray and Graham having a little chat before he leaves where he tells Graham- “I guess if this is the end of the world, I’m screwed, right? People who kill reverends wives aren’t exactly ushered to the front of the line in Heaven.” His encounter with the alien is eerily synonymous with his fear of confrontation. His ultimate defense when he sees an alien is locking it in the pantry and running away with all his belongings. All of this indicates that his guilt is crushing him but instead of facing it he simply chooses to run from it.

A strange thing about these aliens is their spaceship is not seen anywhere in the film. The TV reporters consider they might be using some kind of cloaking technology to hide their vessel. But if they are demons, it’s obvious they never used any vessel. Crop circles are discovered in the fields suggesting a spaceship might have landed in town. Weird enough these crop circles are in the shape of a pitchfork which happens to be the traditional tool of demons.

Apart from these, there are multiple signs that the underlying subtext of the film is more supernatural and not scientific.

Graham’s daughter Bo has a substantial part to play in these events. Just before the final showdown with the creatures, Graham recalls how Bo mesmerized everyone in the room with the most beautiful smile when she was born. So much so, that the ladies in the room called her an angel. Was that just a compliment or reality? Well, its Bo’s half-drunken glass of water that effectively burns the aliens once they come in contact with it. In one particular scene, Bo sees a monster outside her window and demands a glass of water. Almost as if she is asking for a weapon to fight it thus putting an angelic spin to her character. Her name too is a variation of Bua in Norse which means “to live”.

And just like all Shyamalan films, the film has an epic payoff at the end. Colleen’s (Graham’s wife) words just before dying become an epiphany for Graham to rise to the occasion and claim a glorious win against the invaders. He recalls how she told him to “See” and Merrill (Graham’s baseball player brother) to swing away. Just then he “sees” on top to find Merrill’s baseball bat which once scored him an iconic win. 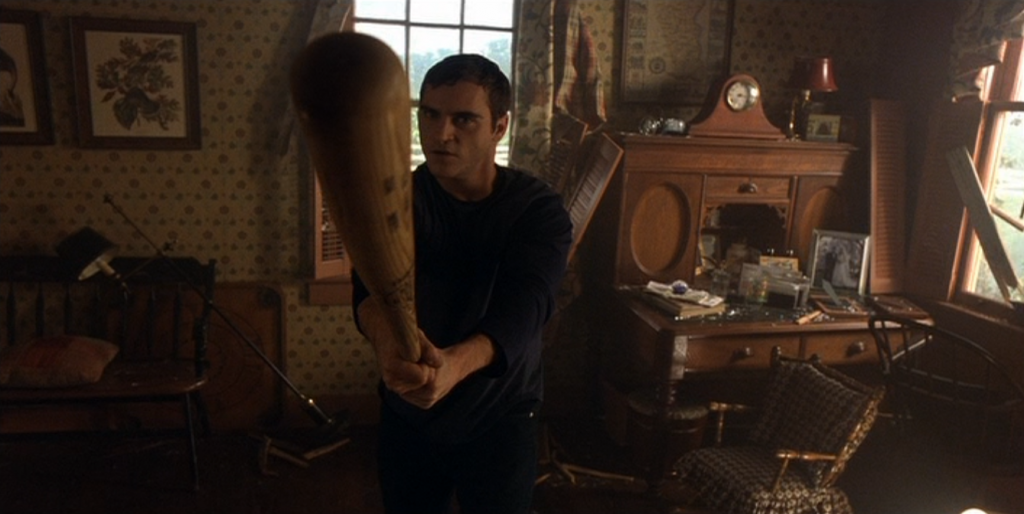 Merrill picks up the bat and “swings” the alien and just then Bo’s glass of holy water, spills on the alien burning him to the ground.

We simply can’t dismiss all these signs as just coincidences. They have got to have crucial meaning, especially in Night Shyamalan films. At one point Graham goes “Is this really happening” and we can’t help but wonder if it’s Shyamalan speaking through him just to say “all is not as it appears”.

Shyamalan’s previous films have extensively covered supernatural tropes. Wide Awake, The Sixth Sense, Unbreakable, and Devil heavily play on otherworldly themes in some form or the other. Shyamalan himself is a Hindu and has had influences of Episcopalian and Catholic teachings while growing up. That is reason enough for us to believe that “Signs” is not just a film about an alien invasion. It means to invoke deeper questions about the god we believe in, the purpose of life, and the significance of one’s soul.