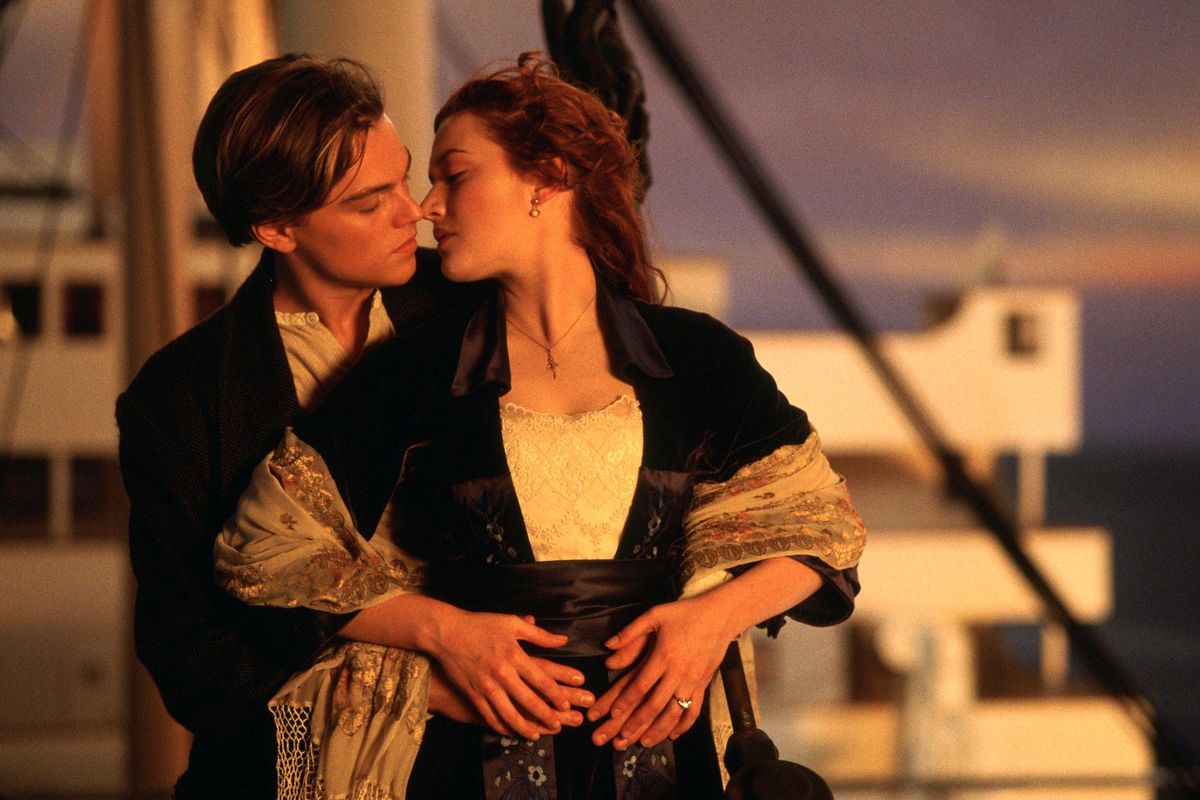 This could probably be the craziest theory you have ever heard of. It claims that Jack from Titanic is sent back in time by John Connor to protect his life.

This makes Titanic the first film of the Terminator franchise.

According to the theory, John Connor belongs to Rose’s bloodline. Rose was originally meant to die in Titanic. Arnold was not the only soldier who was sent back in time. Along with him, a second resistance soldier was dispatched to save Rose. Now Rose was not in any danger of being attacked by a Terminator. However, her fate was to drown in the film.

As another theory suggests that Jack was actually a time traveler, has a lot to do with this hypothesis as well. When Jack was sent into the past in 1912, he somehow ended up traveling slowly through the time and then abruptly ended up in 1912. This explains his haircut which was clearly from the 90s. Young John Connor had a similar hairdo. Furthermore, he smokes cigars that were a product first invented in the 1940s. How did he manage to get his hands on those? Also in one of his conversations with Rose, he mentions a roller coaster in Santa Monica pier. Surprisingly, the roller coaster was not built until 4 years after the Titanic disaster. The same goes for his claims about ice fishing in Lake Wissota. The Lake was created 5 years after Titanic sank. That means he experienced all these events close to 1912 and then rapidly ended up in the year where he was supposed to save Rose.

In the end, however, he could not stay with her. As part of the plan, he sinks in the water and removes himself from that time period as he did not belong there. This draws a direct parallel to Arnold’s self-termination at the end of Terminator 2.

Terminator 2 released in 1991 and Titanic released in 1997. The film was made on such a grand scale and yet left these loopholes for the audience to ponder over. The above analysis only suggests that these were deliberate cues that James Cameron sprinkled all over the film.

Do you think these are just coincidences? But we can’t help but feel excited about Titanic and Terminator being the beads on the same string. 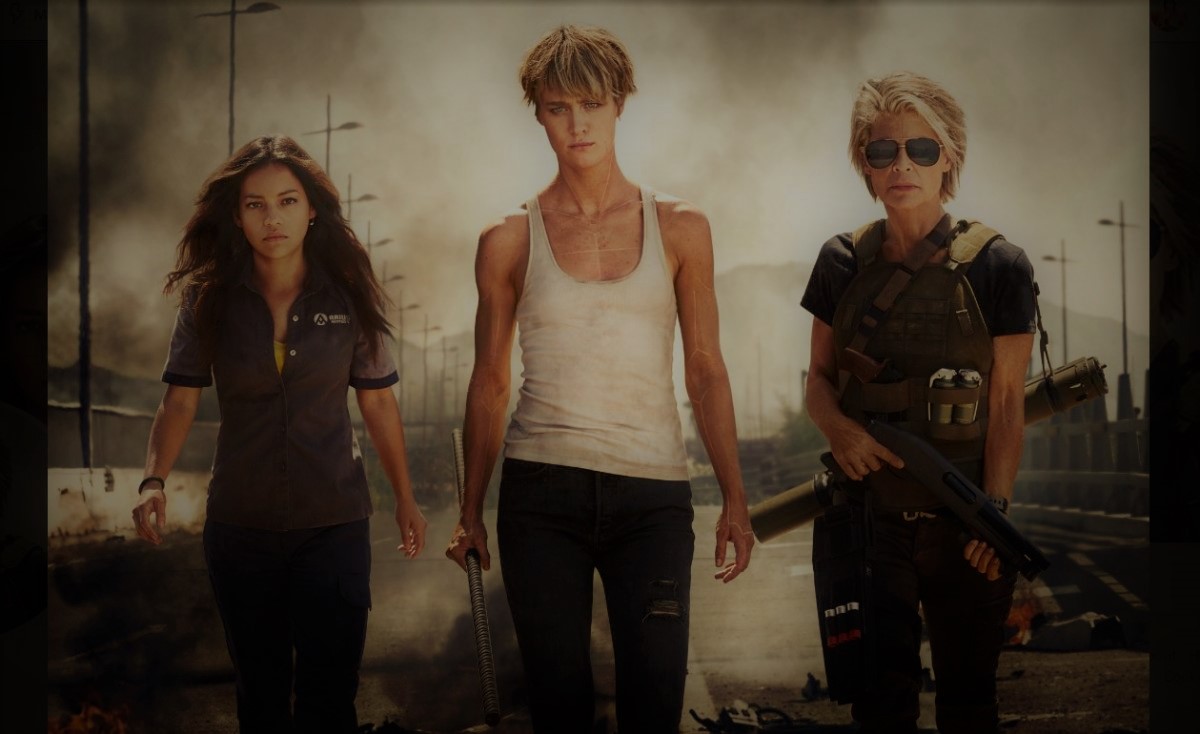 Terminator: Dark Fate is one the second-longest movie among the entire series. The Dark Fate plot has apparently altered the timelines neglecting the events of Terminator 3: Rise of the Machines, Terminator Salvation and Terminator Genisys.

Dark Fate sees a destructive humanoid (Gabriel Luna), sent from the future to kill a young woman Dani Ramos (Natalia Reyes), much similar to the plot of the first installment of the series. The new Terminator model is Rev-9 and is capable of separating itself in two autonomous units. And just like in the original movie, there is also a soldier from the future sent to protect Dani from the murderous cyborg- Grace (Mackenzie Davis). Arnold Schwarzenegger will reprise his role as Carl who now lives peacefully with the humans. Linda Hamilton as Sarah Connor is also back at being the hardcore gunslinger.

BBFC announced that the movie has a runtime of 128 minutes.

The James Cameron production instead is a direct sequel to Terminator 2: Judgment Day. We see what Cameron did there! It looks like he had a different vision for how the franchise would progress since the second installment and that looked nothing like the two movies that came after.

Director Tim Miller has teased a powerful ending to this highly anticipated follow up. There is some overwhelming nostalgia about to hit the fans.

He said in his statement

“I think it’s hugely emotional, and I’m not making this up when I tell you I just watched the ending again this morning because I was showing someone, and I cried. I still cry almost every time. It’s really powerful at the end and I think it’s a testament to the story, but also what the actors brought to it.”

Arnold Schwarzenegger is also very happy with the film. He said: “I haven’t seen action and emotion like this since the second movie. It feels new again.” 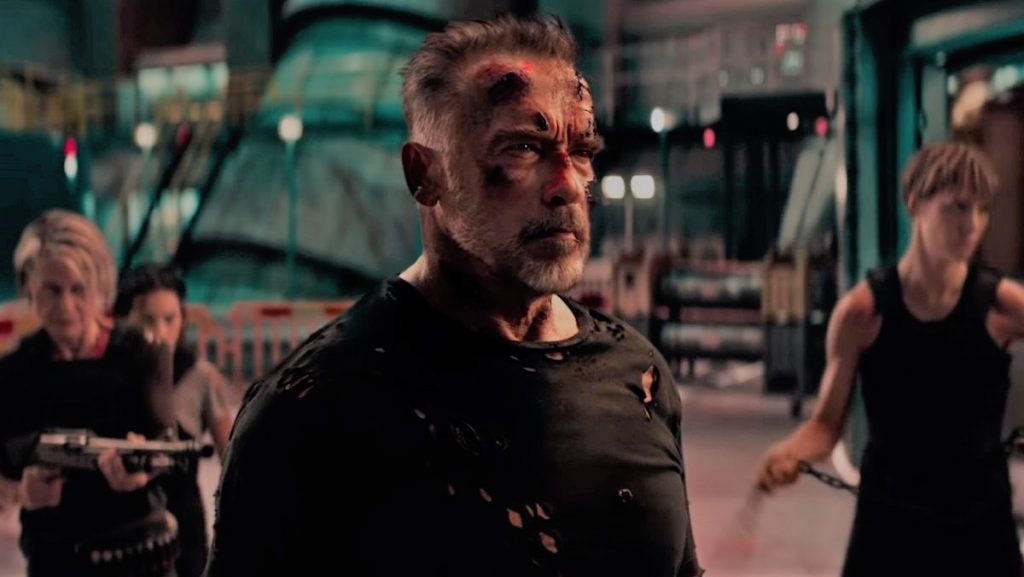 Under Miller’s direction, Dark Fate seems to be redeeming itself by going back to the roots after the last two installments wandered off. And with a runtime of over 2 hours, the film is not compromising on any aspect of the narrative by keeping it tight. The audience can experience high voltage action made of blazing guns and human-robot face-offs for a good two hours.