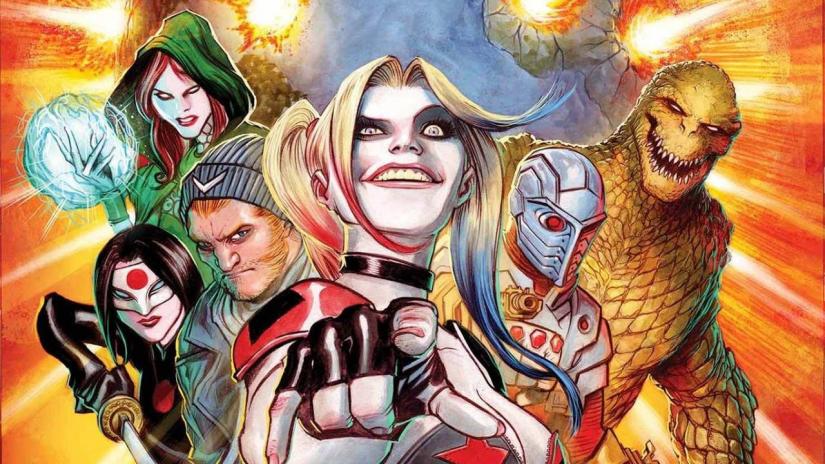 New specifics about James Gunn’s Suicide Squad has arrived as the director himself revealed that his version of characters will be mostly based on the iconic 1980s comic run. Recently, Gunn shared a new photo of the cast with Guardians of the Galaxy Vol.2 star Pom Klementieff. The stars of the upcoming film were at a screening of Joker.

Some of #TheSuicideSquad (and Pom). Many of us are doing weird things in this photo. After a screening of Joker (thanks @wbpictures!)

With most of the cast set, The Suicide Squad seems to be pretty huge even for James Gunn. However, the production has already begun and in honor of that, the director also posted a picture of an original comic given to him by his agent. Answering to one of the questions by his fans, Gunn had this to say about the characters and their source material origins:

“The original Squad was a group of adventurers, soldiers, and scientists, who explored and battled anomalous events. Ostrander introduced the idea of the Dirty Dozen with disposable, second-rate supervillains. King Shark didn’t enter the team till the 2000s. (Our) movie takes elements from all those timelines but is especially indebted to Ostrander (and Kim Yale).”

Great gift for the start of shooting from my agent and friend Charlie – the first ever appearance of a very different Suicide Squad in Brave & the Bold 25 (the Justice League would debut in the same comic just 3 issues later). #TheSuicideSquad

Though Gunn seems okay answering fan questions on social media, it seems like he has brought some secret-keeping Marvel skills over to DC as well. However, keeping everything tightly under wraps will turn good for us too, since it should make the movie more satisfying as it releases in 2021.

Whatever the case may be, we are sure to get some set photos to come our way in the near future, either officially from Gunn and the studio, or as leaked set photos and videos.