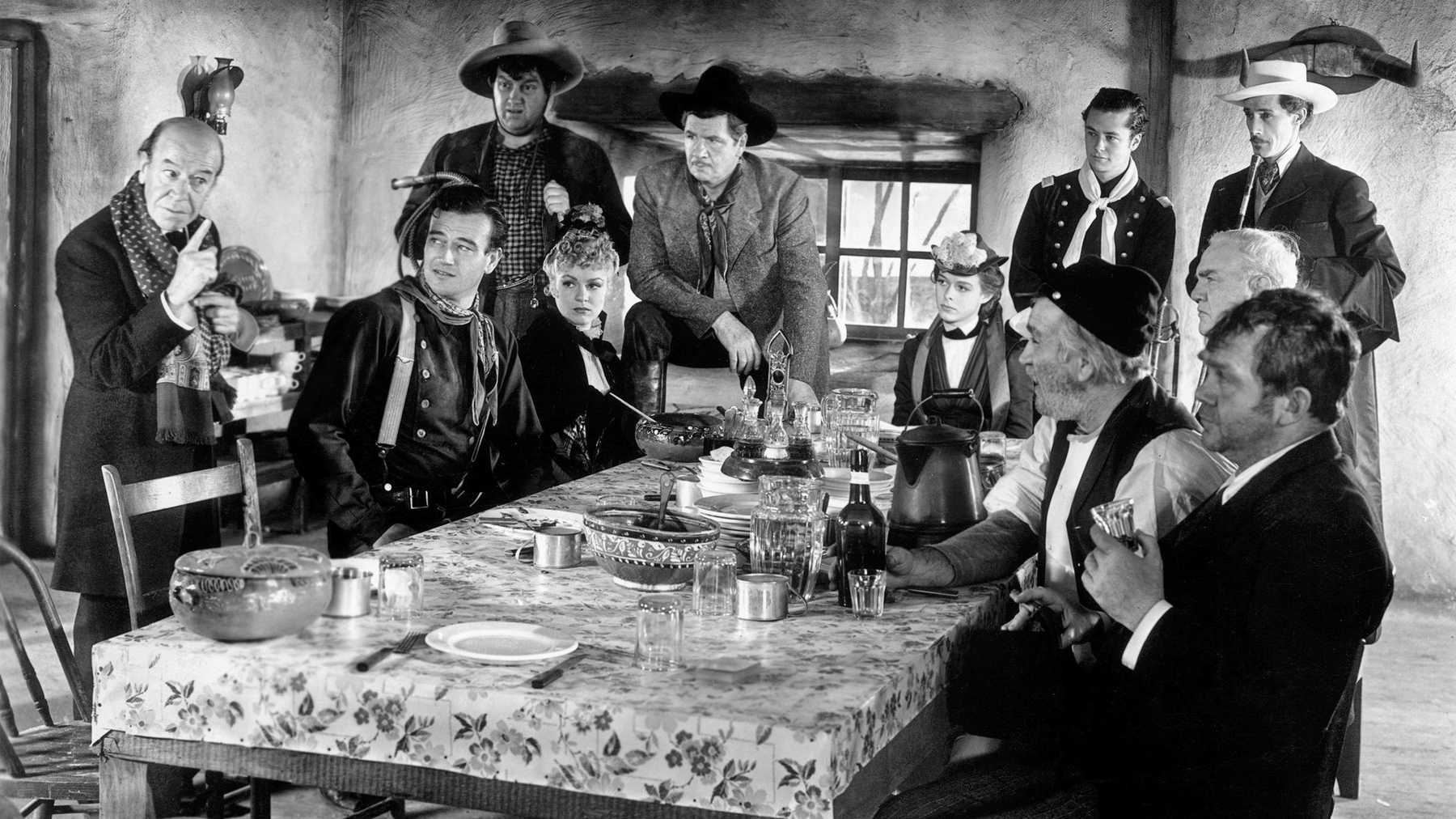 ‘Stagecoach’ is on Amazon Prime. But is worth watching?!

American Cinema and its development owe a lot to the Westerns. Ultra stylized gun fights, morally muddy protagonist and lots of bloody violence- nothing is more nothing more wholesome, subversive, and iconic than a good western movie. However, for movie-history enthusiasts, the equation will not be complete without directors like John Ford and actors like John Wayne. Pioneers in their own ways, these people gave us some of the most memorable Westerns of all time- with Stagecoach still occupying a powerful and significant position in film history. But what makes this cult classic worth seeing after all these years?!. Let’s have some whiskey shots and find out.

Released in the same year as Gone with the Wind, The Wizard of Oz, Mr. Smith Goes to Washington, Wuthering Heights, and Of Mice and Men, Stagecoach still managed to score seven Oscar nominations among the heavy competition. It got nominated for best picture, director, editing, art direction, and cinematography. It even bagged the prize for supporting actor (Thomas Mitchell) and music direction.

Though Westerns were exceedingly popular in the early days of cinema, by the 1930s it fell out of favor. Nobody took them seriously and they ended up us low-budget B-movies. However, John Ford revived the lost status of the genre with Stagecoach. The movie brought realism and new storytelling methods to the genre and was a huge hit. For that, it is considered the first “modern” Western.

Stagecoach not only revitalized the Western but also became one of the most iconic and influencing movies of all time- for not just Westerns, but other genres as well. An example of this is the one scene in which the stuntman, Yakima Canutt, drops from a horse onto the ground and is dragged under the stagecoach. This scene can be seen imitated in later movies like Raiders of the Lost Ark and Maverick.

Breaking away from the conventional Western movie plot, Stagecoach is an ensemble movie. It has a storyline with clear-cut main characters. The structure movie is much similar to the modern disaster movie. If you replace the threat of an alien invasion or a massive earthquake with the threat of an Indian attack, then you will get the formula for an ensemble movie like Stagecoach.

There are not many movies that get a remake. However, Stagecoach got officially remade twice. In 1966, a version of the movie was made with Ann-Margret as the prostitute, Red Buttons as the booze salesman, Bing Crosby as the doctor, and Alex Cord as Ringo. Later in 1986, a made-for-TV version was released with Willie Nelson, Kris Kristofferson, Johnny Cash, and Waylon Jennings.