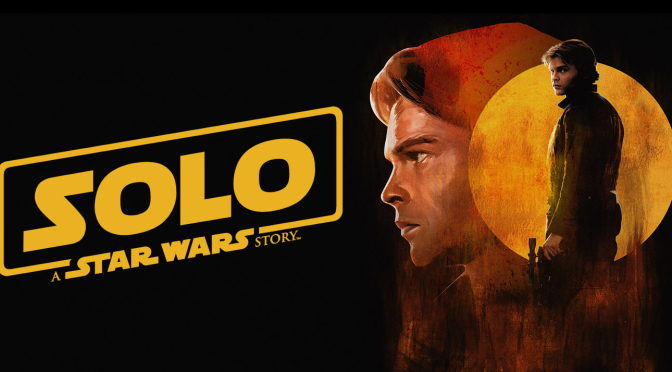 Solo: A Star Wars Story is the latest in the ever-expanding Star Wars universe. The movie will take us back to a time when Han Solo was still young and was yet to fly the Millennium Falcon. Han has always been a simple character for me, someone with clear motivations and a bad attitude. But the trailer makes me curious about his past and I hope to be able to connect with his character more once I know more about him. The story seems to be built on undertones of revenge and regret and brings together an ensemble of familiar characters in the mix with some intriguing new ones. I’m looking forward to seeing how the writers will connect Solo’s journey to the storyline in the future. I’ll be honest and say that reviving a character like Solo does feel like cheap trick to keep the core audience interested. But what’s worse is that this is a prequel to a movie almost 40 years after it first came on screen. The world will be flashier despite all the attempts to keep the consistency. But the fan in me is hoping that what the movie lacks in consistency of feel, it would make up for in storytelling and sheer entertainment.

At first glance of the trailer, Bill Holderman’s Book Club doesn’t seem to be selling anything new. It’s just another story about love and life. But with an ensemble of great actresses including Diane Keaton and Jane Fonda, the movie will take on the crucial topic of age, sex and love. A group of friends decide to read Fifty Shades of Grey and soon chaos takes over as they try to break out of the monotony of their lives. I wonder if the movie will break the norms or if it’ll just tire itself out. I don’t expect too much from it but I’m hoping it will push against appropriating behaviour of “mature” women and not just use it for easy laughs.

The trailer for HBO’s The Tale, starring Laura Dern says the movie is based on a true story, as far as the narrator knows. The statement seems to set the entire premise of the movie for me. We will be going down a memory lane and it’s not going to be happy reminiscing. It seems to be juggling questions of identity and repression of memories. The movie is semi-autobiographical and tells the story of a woman who realised that something really crucial had happened to her when she was a young girl. But the more she tries to unearth, the more unnerving it seems to get. It’s not a long stretch to believe that we will be dealing with sensitive issues of abuse and manipulation. The movie seems thought-provoking and layered, but it would be a disappointment if it handles itself with too much of a dramatic flair. I hope that in dealing with issues that are important, the movie remains aware of the fact that many of the audiences have experienced them firsthand too.

Solo: A Star Wars Story and Book Club release in theatres on July 25. The Tale debuts on HBO July 26.