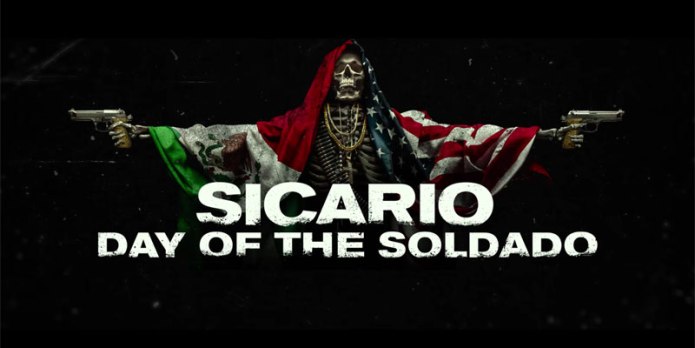 Sicario: Day of the Soldado Review

Opening note: If you haven’t watched the first instalment, Denis Villeneuve’s 2015 thriller Sicario, you don’t need to in order to fully appreciate this sequel, Soldado. This is a crime thriller with its own separate plot, one which is connected to the events of Sicario but is explained well enough in Soldado that you don’t need to watch the predecessor to be engaged. That said, Sicario was a pretty good movie itself, so no harm in watching that first and then going to the theatre for this.

The rest of this review has spoilers for the first movie Sicario, so read on only if you’ve seen it.

Sicario: Day of the Soldado feels like two full movies and a short film packed in one, and yet also feels like just half a movie. The first movie had a relatively simple plot, using Emily Blunt’s character Kate to introduce the audience to the actual protagonist of the franchise, Benicio del Toro’s cold-blooded hitman (Sicario is Spanish for hitman) Alejandro as well as the brutal world of Mexican cartels that he inhabits. With the second and third chapters, writer Taylor Sheridan is trying something much more ambitious. With Alejandro as the protagonist, he’s crafting a complex 2-movie epic with multiple parallel threads. Each thread highlights a different perspective on the grim situation, sometimes asking tough ethical questions of its characters and us, other times just indulging in its cynical “everything sucks” worldview. Unfortunately, this instalment feels like it gives each of its three major plot threads a setup to something interesting, but ends with us realising we’ll have to wait for Sicario 3 before we get any semblance of depth or nuance from them.

The thread we start with is probably the one with most potential. It takes Matt (Josh Brolin, in the third of his four movies this summer) and Alejandro, who were fighting the drug trade across the US-Mexico border in the first movie, and has them now fighting cross-border human trafficking. After an Islamic terrorist attack in the US, the authorities suspect that the terrorists were smuggled across the border by Mexican cartels (yes, the possible xenophobia in this is addressed, without much depth). A war must be started against the cartels, for which purpose the military needs someone who has no boundaries, and as long as he’s not on American soil, will go to any lengths he deems necessary to complete his missions. That someone is Matt, and he, upon deciding that they should first get the cartels fighting each other by kidnapping the daughter of one of the cartel leaders, brings in Alejandro to do the job, because Alejandro has history with said cartel leader Carlos Reyes. What I’ve already described here is a movie more complex than the first Sicario, and this is only one thread. This raises the question of what’s acceptable in the face of horrifying evil, and would also be interesting to follow to see what obstacles our protagonists face in their mission, and how they overcome them, but we never get there as halfway through, the film switches gears to its second plot. This too raises an interesting question, that of how personal Matt and Alejandro can let their mission become for them, but as the film ends, we realise that that too is something we’ll only get into in the sequel.

The film sporadically cuts away to a third subplot, one that hardly even connects to the main storylines, and just when it’s finally starting to go somewhere, that too is left hanging for the next movie to pick up on. And while the title Soldado (soldier, as opposed to Sicario, which means hitman) never really makes itself important thematically, I would imagine this subplot, if anything, is where it’s at least somewhat relevant.

In terms of filmmaking craft, this film could’ve been seen as highly effective, if it wasn’t following Sicario. With that film, Denis Villeneuve was trying to create a work of art, while Stefano Sollima seems more interested in a thriller that does its job and not much more. So you have Hildur Guðnadóttir with a tense score, but it simply does not stand up to the music we got from the late Jóhann Jóhannsson. Dariusz Wolski gives the film a great, engrossing look, but he’s no Roger Deakins. And without Emily Blunt, we no longer have a sympathetic character, and the emotional arcs Matt and Alejandro go through fail to evoke much emotion given how cold these characters are written to be. That’s not to say there are no advantages to the new approach. When trying to make an art film, not every risk you take pans out, and the action sequence near the end of Sicario where it was so dark, one could hardly tell any of what was going on, really didn’t work. In Soldado, none of the scenes can quite match the tension of the bridge scene from Sicario, but many are intense enough to be memorable, and none is outright bad.

A word on the women in this film, and in Taylor Sheridan’s other films. Isabela Moner plays Isabel Reyes, the daughter of Carlos Reyes, and while she’s given a remarkable personality, that’s not the same as being given much of a character, a role, and in the larger picture, she rarely serves as more than a damsel in distress. And had I only seen this one Taylor Sheridan movie, I would club that with my other complaints, expecting Isabel’s depth of characterisation to show up in Sicario 3. Catherine Keener plays Matt’s superior, and is often wrong when he’s right about how to deal with situations at the border. Had I only seen this one Taylor Sheridan movie, I would attribute that to the common trope of bureaucrats not understanding problems as well as those in the field. But I’ve seen other Taylor Sheridan movies. In Hell or High Water, women barely exist, and in Sicario and Wind River, the role of the woman is to be naive and fail until she’s shown the right way to do things by the men around her. It’s a disturbing trend where it’s starting to feel like Sheridan lives in a world where only men really get things done.

On the whole, I still think Sicario: Day of the Soldado is a good movie. A tense, engaging thriller. And I recommend watching it in spite of its lack of depth in theme or character, for the simple reason that it sets up for a sequel that is shaping up to be far more interesting. I sure hope Emily Blunt shows up.