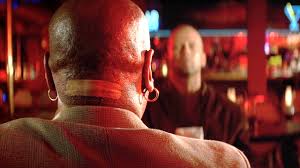 Quentin Tarantino generally tackles a script with a more nihilistic and practically violent approach. Although his film Pulp Fiction seems more in a Christopher Nolan mold of limbo. Especially owing to the ambiguity of the contents of the “Briefcase”! Fans have been asking this question since the release of the film but Tarantino has consistently insisted that there is no single answer to that question.

In the film, Jules Winnfield and Vincent Vega are on a quest to retrieve a suitcase for their boss. The Briefcase is essentially the “MacGuffin” that drives the story. While they are at it, the kill two men and accidentally kill a third one. In response to which they manage to pull a master level clean up of the mess they just created. When the suitcase is finally acquired, there is a glowing light spilling out of it. The audience, however, is not privy to the contents of the briefcase. The light spiritually awakens Vincent and a restaurant robber named Ringo who also seems to be the fortunate enough to have a peek at what’s inside.

The film swings between the past and the present and that make it quite a puzzling experience. The briefcase additionally serves as a crucial piece of the puzzle which just does not seem to fit in. Although there are a few theories as to what the Briefcase may harbor.

A popular theory suggests that the briefcase contains the soul of Marsellus Wallace. It is hypothesized that the gangster cut a deal with the devil in exchange for his soul and now wants it back. But that won’t be easy as it is clearly suggested by the death parade that unfolds. The number associated with the briefcase is 666. That is the number of the devil. Furthermore, the bandage on the back of Wallace’s head supports the popular claim of how the Devil takes one’s soul as suggested in the Bible. Jules in an intriguing dialogue explains “divine intervention” on surviving a shootout.

Some other fans claim that the Briefcase contains diamonds from Reservoir Dogs. However, not much evidence is there to back this claim apart from the stereotypical gangster attributes and connections between characters. Mr. Blonde a.k.a. Vic Vega after stealing diamonds in that movie goes on a killing spree inviting retaliation from Mr. Pink. In Pulp Fiction, Vincent Vega who is a brother to Mr. Blonde is the first person to look at the contents of the briefcase. Roger Avery who created the story of Pulp Fiction with Tarantino, once suggested that the briefcase contained diamonds but that turned out to be too mundane an interpretation and did not spark any curiosity.

The specialty of the Briefcase, however, is that the truth about its contents will forever remain in limbo. Maybe all Tarantino was aiming to do was pay a tribute to 1955 classic Kiss Me Deadly which includes a similar concept of a cryptic box that is connected to “the gates of hell” and glows when opened.