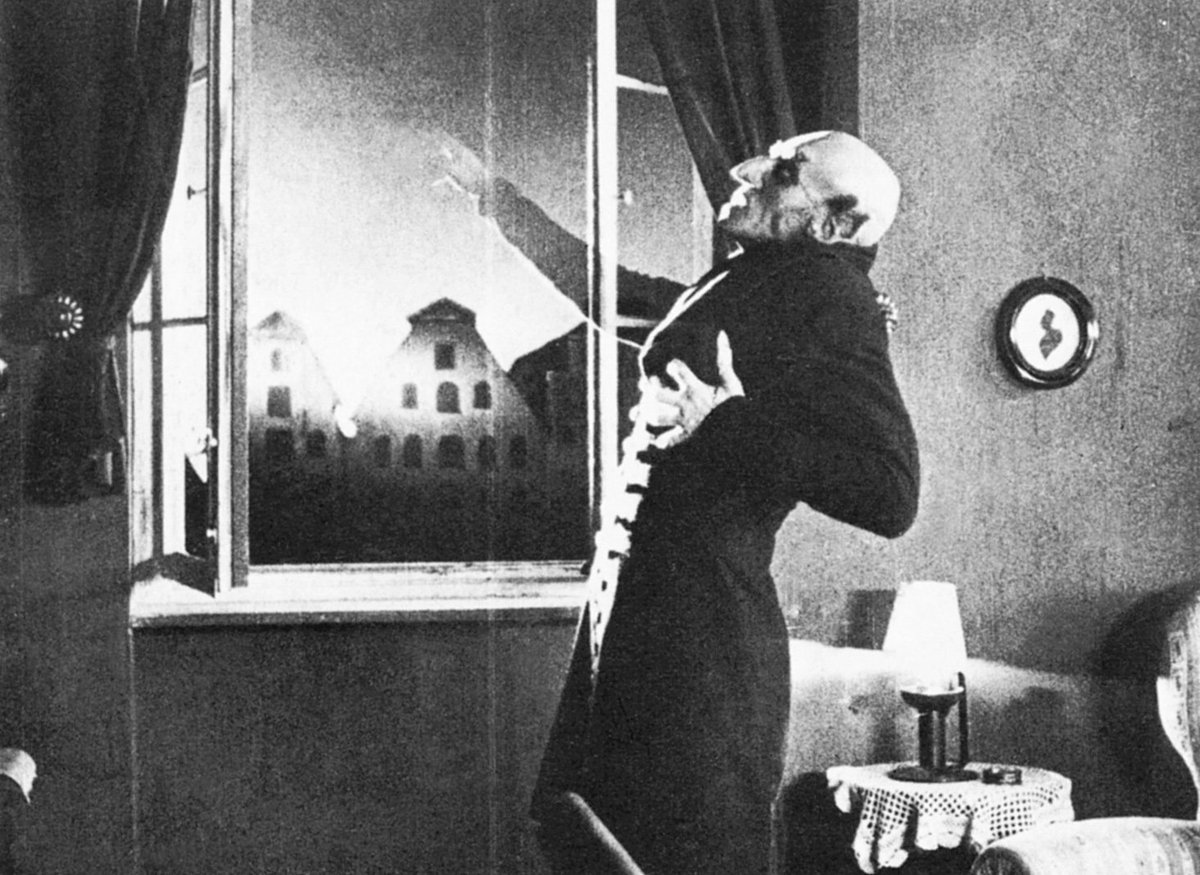 Nosferatu, the iconic horror film that released in 1922, was guilty of openly plagiarizing Bram stoker’s literary Dracula. But it is still placed at the pinnacle of the horror movie genre. It is believed to have lifted the vampire trope from the category of indefinite myths and placed it in the mound of highly traversed sub-genres across mediums.

The silent horror lore narrates the story of a vampire who seeks a new residence and expresses unsettling interest in the wife of a real estate agent who is helping him find a house. The lack of dialogue added to its chilling aesthetics. But controversies did not just spawn the film’s plot but also the lead actor. To add to an already dreary reputation, film critic Ado Kyrou came up with another spooky rumor about the film. Max Schreck who famously portrayed Nostferatu’s pointy-eared demon, was hypothesized to be a real vampire.

Although this was a little too out of place, it was not debated my movie fans and the movie community at large. Very little was known of Max Schreck’s personal life besides his film career. The man was an absolute ghost outside his professional life. Stefan Eichkoff who documented Schreck’s life in a biography also concurred with the fact that he was highly reserved as a person. As per Eichkoff, the actor’s colleagues considered him as a “loyal, conscientious loner with an offbeat sense of humor and a talent for playing the grotesque”. Schreck starred in over 40 motion pictures, however, Nosferatu is one of his most memorable performances.

What fuelled the rumor even further was the German interpretation of Schreck’s name. The word translated to “terror” in German. His portrayal of Orlok was so natural, that people couldn’t help but wonder if he really was a vampire in reality.

Kyrou’s idea garnered unprecedented attention. He wrote  “. “Who hides behind the character of Nosferatu?” Kyrou wrote. “Maybe Nosferatu himself?”. Not much was known about Max Schreck when the movie first released.  Even his identity remained unknown for quite a long time. It almost seemed like a well-planned attempt to keep the actor away from public attention. Except this was mainly the cause of an internet deficient world that had very few means to access information.  No one questioned the veracity of Kyrou’s claims simply because there was no room left for debate. The man with the makeup really could be anyone.

The rumor and the meaning of the actor’s name in German fit in like a glove thus encouraging people to believe Schreck could have really been a coffin loving bloodsucker.

This little commentary by Kyrou went on to become a premise for a whole new film.  E. Elias Mehrige’s Shadow of the Vampire played off this rumor as it’s core theme. It was basically a nimble recreation of the making of Nosferatu.

For all, we know this was just a rumor stoked in an era that lacked the necessary means for quick debunking.