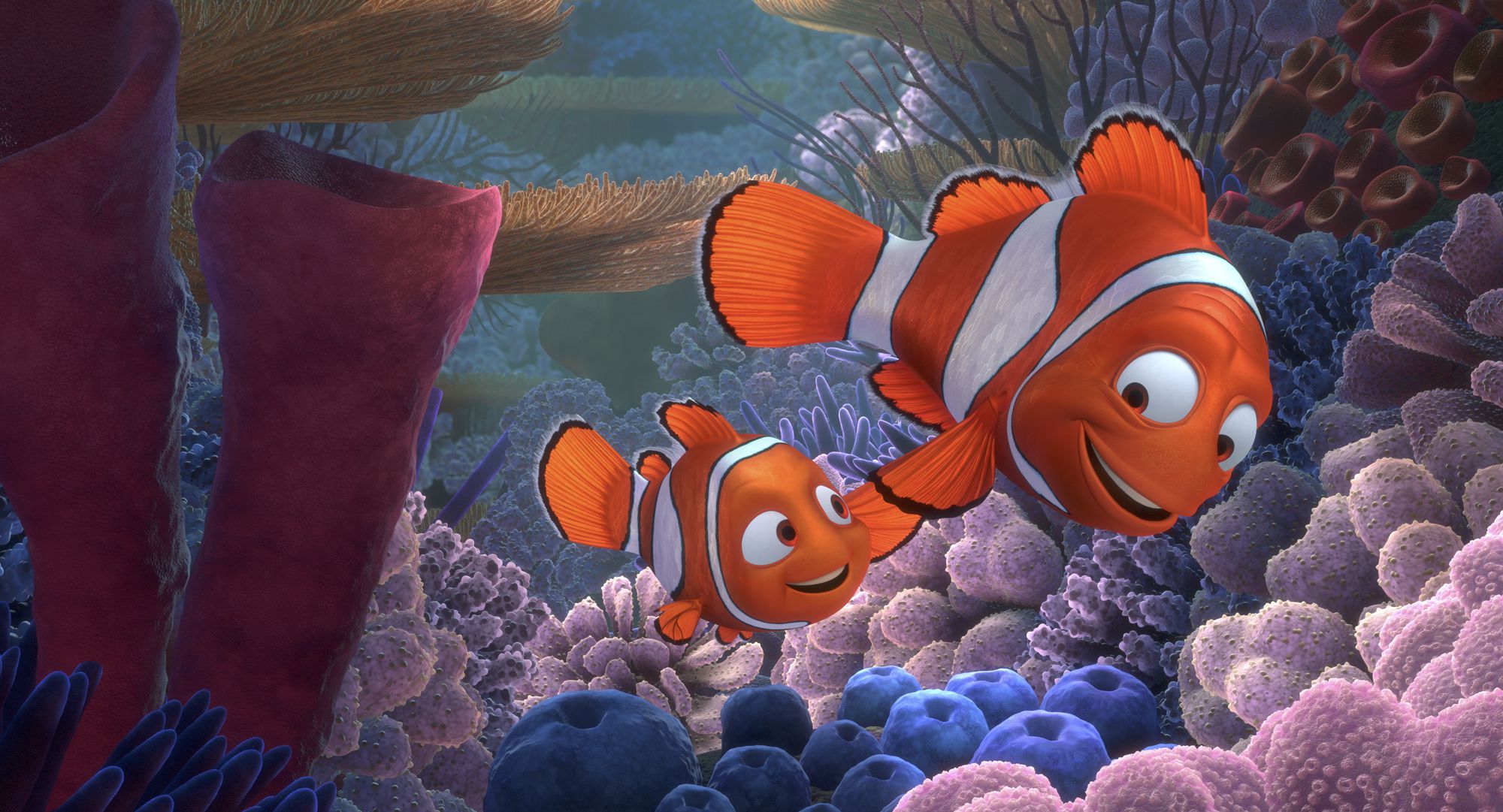 We all know Finding Nemo as a friendly, funny Pixar movie aimed at a younger audience. There was nothing particularly erroneous about the way the story was told. It was probably the best gags that were used in the trailers that caused a little damage to its performance at the box office. But besides that, the movie was much loved by audiences of all ages. Basically it was a linear plot meant to greet its viewers with a genial message about a father-son relationship or the importance of family on a more general level.

However, if you try to analyze the subtext of the story and the characters philosophically, it holds a deeper meaning to it. A theory has been making rounds regarding “Nemo” being a figment of Marlin’s imagination. At first, it does not make sense, because we all know how Nemo was captured by the divers and then ended up in a fish tank in a dentist’s clinic. Obviously Marlyn couldn’t have built an image with that much detail. That seems totally out of context and unnecessary. But there are certain details that do suggest that Marlyn may, in fact, be imagining Nemo’s presence in his life.

To begin with, it’s the name. Nemo in Latin means “no one”. We know that from Twenty Thousand Leagues Under The Sea. So this changes the title of the film in question to “Finding No One”

Finding No One? Where am I going with this? Here it is, folks: the eponymous character of this children’s animated epic, Nemo, doesn’t actually exist. Finding Nemo is, in fact, the tale of a psychologically damaged clownfish who must go on a personal journey as he tries to overcome the pain and fear caused by the loss of his family.

So that reduces Nemo to nothing but a figment of Marlyn’s imagination. The clownfish ended up with a damaged psyche after witnessing the loss of his wife and children. The film begins with a terrifying incident in which Marlin’s wife and the eggs end up becoming victims of barracuda attacks. As per the scene, the only survivors of the tragic incident are Marlin himself and an egg which grows up into Nemo, a baby clownfish with a slightly deformed fin. It would be safe to assume at this stage that Nemo is nothing but Marlin’s insecurities coming to life.

Before the barracuda destroy his family, Marlin is shown as a jovial and cheerful father and husband. He has found them a safe neighborhood to reside in for the rest of their lives. He looks forward to living life and having fun with his family. Nevertheless, the family meets with a tragic fate, and Marlin is crushed under the guilt of not being able to protect his family.

So when he finds out that he is the lone survivor of the attack, he begins to imagine that one egg somehow survived the attacks which in turn gives him back the power and imparts hope to his otherwise awful life. As a part of the promise made to his wife and the subconscious awareness that its all an imagination, he decides to name the child ‘Nemo”

His trauma snowballs into overprotectiveness and irrational fear of remotely dangerous things when it comes to Nemo. And when Nemo goes missing, he sets on a journey to rescue his one last ray of hope and more importantly because he does not want to feel powerless this time.

He makes a lot of friends on the way who guide his way through the problem and literally to his destination even. He learns many valuable lessons that help him get over the burdensome thoughts like the guilt of not being able to protect his people and eventually realizes that responsible for the death of his family. Bruce, Anchor, and Chum help him realize the misunderstood nature of things that seem dangerous but in reality, are not. And that worrying too much only worsens the situation.

The sea turtles help him realize that there are few things that cannot be controlled and in those times, its best to let go. Dory, his accomplice on the search mission, suffers from short term memory loss. Dory exemplifies living life in the moment and that each passing second brings in new experiences. Marlin gradually understands the importance of letting things go and moving past the feelings of grief and guilt. He begins to live life just like Dory- every moment is a brand new experience.

At the end of the film, Marlin is finally ready to let his don roam free in the aquatic environment and sends him off to school by saying “go have an adventure”. This indicates how the overall journey has helped him evolve into a whole new person who isn’t afraid of what’s to come. He has finally let go of the unpleasant memories and the guilt he had been holding on to. He is no longer a paranoid father as he was at the beginning of the movie.

Am I reading into this too much? I’ll answer the naysayers straight off: yes, yes I am. I know I am. As I stated at the onset of this op-ed, I came up with my analysis arbitrarily in order to keep the film relevant for an older generation. Even so, I hope this interpretation works for many of you the same way it worked for me and keeps what should be another Pixar gem fresh in your minds.

It seems like a deep read into the characters and the story, but this way, the film sounds more relevant to the older age groups. It makes “Finding Nemo” much more than just an animated adventure for kids. It is a film that elaborately explains five stages of grief and how to overcome it.

Thank you for reading this! Do let us know what are your opinions about this theory.