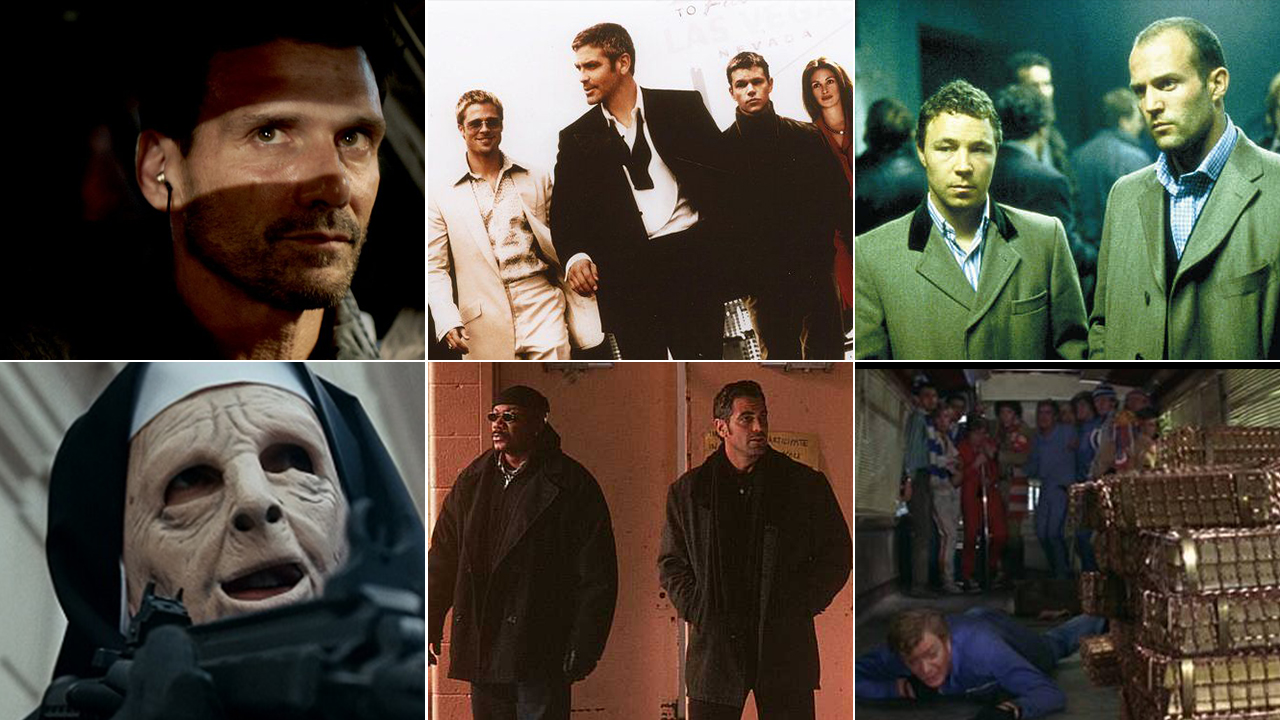 When you think about, almost all the Hollywood heist movies have the same, simple yet effective winning formula. There will be a priceless McGuffin, a crack team of smooth criminals and a plan that can’t fail. We all know that something is going to go wrong. Yet, our heroes will always turn things around and win by the end of the day.

But, don’t mistake these movies with the typical crime genre ones. These fun-packed action-adventures are a shout-out-loud to the American dream- work really hard for one night, and set for life.

As much as you love these movies, we also know that you love sitting back on your recliner, munching on some popcorn and watching them on Netflix. So, we have brought the best of both worlds down to you. Here are the must-watch heist movies that you can stream on Netflix right now.

Made in his iconic film making style, this crime comedy from Guy Ritchie is a fun British jaunt starring Brad Pitt and Jason Statham. While one part of the plot follows the diamond thief Benicio del Toro, the other part is about the small-time boxing promoter played by Statham. del Toro is looking to sell his stolen goods to some double-crossing gangsters. On the other hand, Statham is on the run from a ruthless drug lord who loves to torture.

A group of inmates is planning on breaking out of prison and pulling off an elaborate gold heist. Starring Ewan McGregor, Brenton Thwaites, and Alicia Vikander star, this Australian crime drama may sound simple on paper. But, hides some awesome plot twists if you stick around enough. Thwaites plays JR who is a young criminal jailed for six months for a minor crime. It is there that he meets Lynch (McGregor) a conman who saves JR’s life. In return, he asks for JR’s help to break out of prison. Though the two eventually partners to sell millions in gold bars, the real story unfolds as JR tries to figure out who he can trust and who’s out to betray him.

This neo-Western crime thriller tells about a pair of brothers who are out robbing banks to save their family’s property. Toby struggling to live right because of the inherited debt. His brother Tanner is an ex-con and this jeopardizes the two men on their jobs. With no other options, the boys are left with going on a spree of bank robberies. Even though the aging town sheriff tries to bring them to justice, they escape with the help of the locals who hate the bank. Gritty and unapologetic, the tale brings back a forgotten America with some brilliant performances from Chris Pine, Ben Foster, and Jeff Bridges.

If you are a fan Baby Driver, then you will understand that being a getaway driver is not an easy job. Wheelman tells such a story of a getaway driver figuring out who betrayed him after a busted bank robbery. The ex-con agreed to chauffeur the bank heist to pay back his debts. Unfortunately, things took a horrible turn and he got a mysterious call telling him to leave his accomplices and fork over the money. If you are looking for some action-packed neo-noir on Netflix, you’ll have a damn good time watching this one.

The Hurricane Heist is everything that its title says. The movie revolves around a group of thieves who are planning to pull off a massive robbery of the U.S. Treasury’s Mint supply in Alabama. However, what makes this heist nearly impossible is that there is a major category 5 hurricane on the loose, threatening the area. Get you bowl of popcorn and buckle up! Because there are gonna be guns, cars, money and a monstrous hurricane-all in the same movie.

This heist thriller is a new big-budget action flick from Netflix, starring Ben Affleck, Oscar Isaac, Charlie Hunnam, Garrett Hedlund, and Pedro Pascal. These Hollywood hunks play a group former special-ops bros who reunite to take down an infamous cartel kingpin. However, during their assignment, they steal his profits, pushing them into a plot that is sure to keep you on the edge of your seats. If you are a fan of multiple plot twists and some high stakes action, then this one is for you.