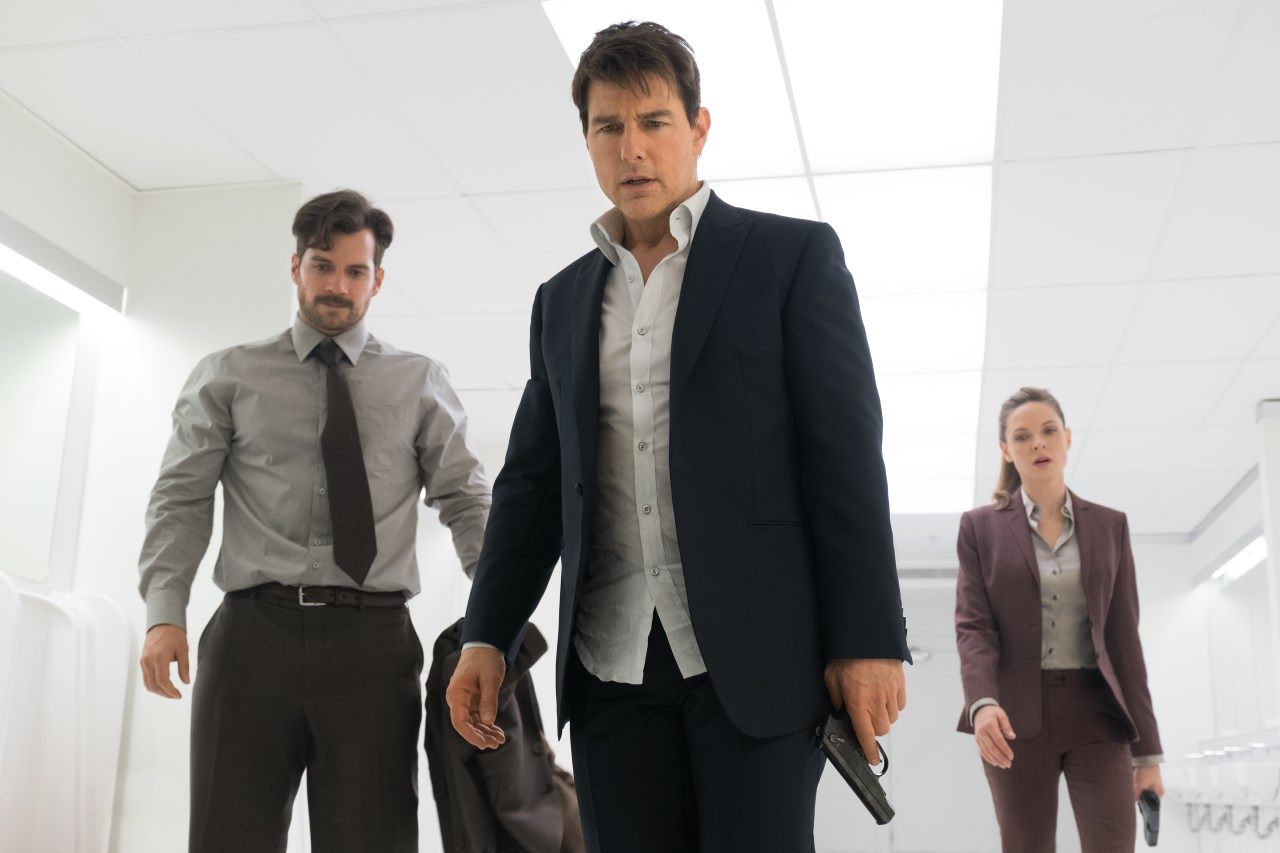 Hanging off a train in 1996. Climbing a rock in 2000. Swinging from one building to another in 2006. Climbing the Burj Khalifa in 2011. Hanging off an airplane in 2015. A HALO jump and some frankly insane helicopter stunts in 2018. On the one hand, it might seem that Mission: Impossible – Fallout special is that its stunts are even crazier, even bigger than the ones in previous movies. But even though they are, our feeling while watching them isn’t too different, watching the previous stunts, we still had that feeling that they’re crazier and bigger than what had come before, and the question of “how will Tom Cruise top this one?” at the end. The fact is, daring stunts, while exciting to watch, can no longer make an M:I movie stand out in this franchise full of excellent action thrillers, and they are also not what makes Fallout special.

What makes Fallout special is Christopher McQuarrie’s direction, precise, controlled, and impactful. These three adjectives apply both to the story at large and to individual moments. Near the beginning of the film, we see a three-way fight in a bathroom with Tom Cruise and Henry Cavill taking on a fighter far more skilled than either of them, and every punch, every kick is precise, controlled and impactful. This is achieved through impeccable sound design, with no background score and clear sounds making us feel the weight behind every hit. It’s achieved through smooth camerawork, which is neither shaky nor frantically edited, so that from moment to moment, we know where everyone is situated, and what they’re doing to gain an advantage. It’s also achieved through attention to detail in writing, so that the characters don’t just have the larger goal of winning the fight, they also have specific things they’re trying to achieve moment to moment, specific hurdles to cross, which further ensures we’re constantly on the edge of our seats.

While the bathroom brawl mentioned above is certainly the highlight of the movie, every action sequence is similarly excellent, beginning with Cruise and Cavill jumping off an airplane and ending with a helicopter chase. The rhythm and flow of Fallout is set by its action, so much so that the plot is almost irrelevant. Terrorists who have a problem with the current world order want to create a new world order, and of course this involves nuclear bombs. IMF agents Ethan Hunt (Cruise), Benji (Simon Pegg) and Luther (Ving Rhames) team up with CIA agent Walker (Cavill) to stop them, and Ilsa Faust (Rebecca Ferguson in badass form) gets involved with her own mysterious motives. It’s a tried and tested premise, and the only refreshing element of it is that at least this time around, the IMF hasn’t disavowed Ethan. Previously, the best film in the franchise was Brad Bird’s Ghost Protocol, and one of the key factors in its appeal was that without official backing, the team’s equipment kept faltering, leading to some fun unpredictability throughout. Here, we see the team working at peak efficiency, going up against opponents working at their formidable best, and that is a different kind of thrilling.

However, great action alone could not make Fallout the best of the series, since Ghost Protocol paired its action with an emotionally effective story about Ethan and his ex-wife Julia (Michelle Monaghan), resulting in a movie even those not into the action genre could appreciate. (Sidenote: that story was elevated by Jeremy Renner’s terrific performance, and unfortunately, he does not make an appearance here. Fingers crossed for M:I 7). Luckily, Fallout’s story, if anything, got me even more emotional. The difference is that since this is the first movie with a returning director (McQuarrie also helmed the previous instalment, Rogue Nation), the story is constructed in such a way that how involved you are depends on how many of the previous movies you’ve seen. Some of the emotion comes from the respect Ethan’s team has for him, some from his bond with Ilsa, and some from how Ethan sees his role in Julia’s life, and to fully appreciate these narrative threads, you need to have seen the last three movies in the series (the first two might as well not exist, and can easily be skipped). I also loved how the movie demonstrated Ethan’s ultimate appeal, that at his core, he’s just a really good person, beautifully demonstrated in a tense moment with a Parisian cop midway through the movie. 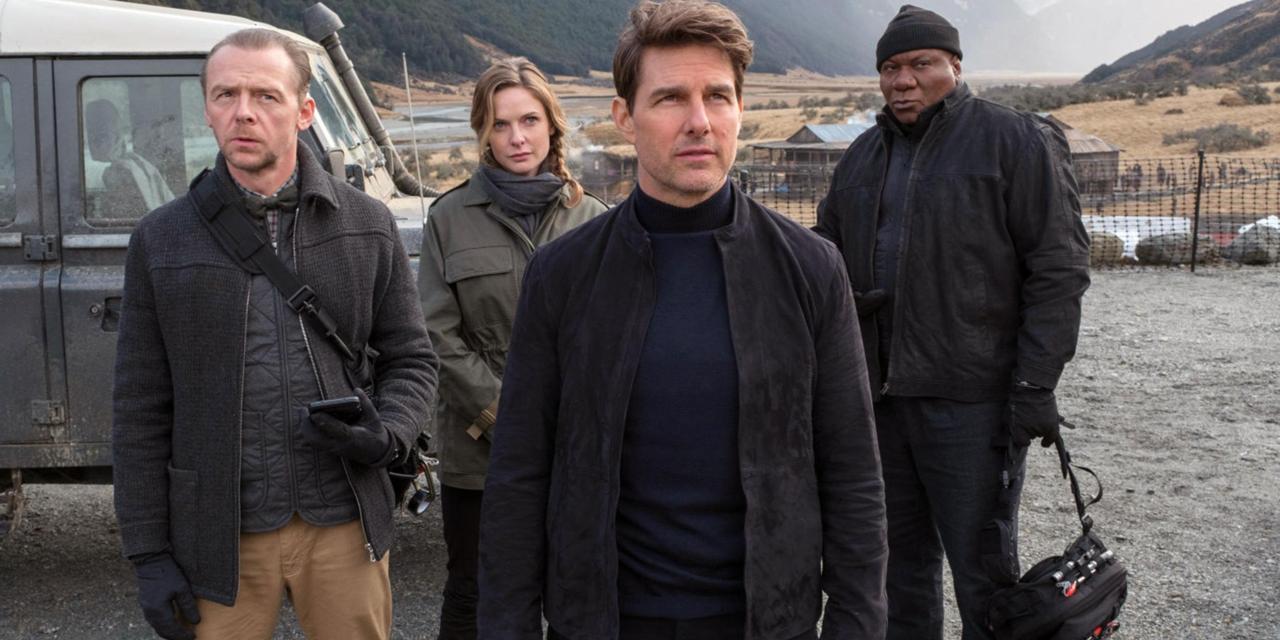 The last few years have given us what I consider some of the greatest action movies ever made, movies that have and will continue to inspire future action directors to up their game. Incredibles 2 shows us how good animated action can be, Captain America: Civil War is a showcase of what’s possible with superhero action choreography, Fallout is as good as stunt-based action gets, and Mad Max: Fury Road is simply an all-around perfect action movie. It’s a good time to be an action movie lover.