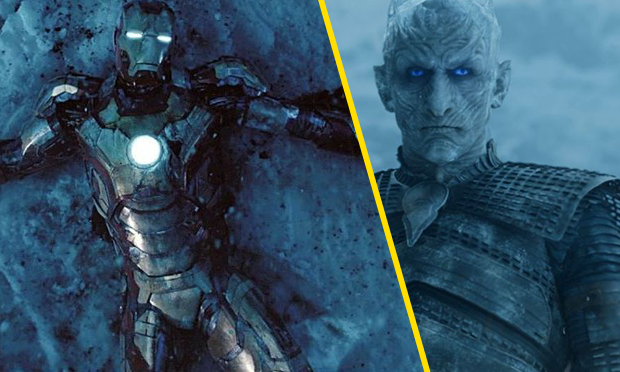 Mind-Blowing Film Theories That Are Too Awesome

The movies that we see are often told in a single perspective. This means that there are many versions of the same story that are yet to be discovered. Here are some of the crazy movie theories that are sure to leave your head scratching.

Fast & Furious movies are the imagination of a child playing with Hot Wheels cars.

All the events of the Lego movie is said to be the happening of two siblings playing with their lego set. Now, imagine the same scenario with the Hot Wheels. What if all the fast and furious movies are imagined by a child playing with Hot Wheels cars. Since the movies are heavily focused on the “family” theme, the kid can even be an orphan playing with his toys in a foster home. This easily explains why many dead characters are returning back to the franchise and how these people continue to accomplish many of the physics-defying stunts.

Game of Thrones is part of the Marvel Cinematic Universe

This may sound absurd at first, but it would be super cool if it was actually true. Many movie theories have suggested that the The Stark Family of the beloved TV Show Game of Thrones are the ancestors to Tony Stark aka Iron Man. They point out that the king in GoT sits on the Iron Throne and the title of Iron Man comes from this. GoT or not, Robert Downey Jr will always be the king of MCU in all our hearts.

Kevin Spacey’s character Se7en is not the actual killer

There are multiple clues to prove this theory is actually true. The character’s name is mentioned as John Doe. It is the name primarily given to unnamed people in hospitals, making it not his actual game.The theoretical real killer could easily get an amnesiac from a hospital and tell him that he should get  killed by Brad Pitt. The second major clue is that during the entire film we never saw any of the killings and could never verify that it was Spacey’s character who did it.

Endgame is a alternate reality created by Wanda

In the Disney Plus show, Wandavision, we see Wanda creating different realities to get over Vision’s death. This has many speculating that the Scarlet Witch made up all of Endgame for the same reason. If it is the case, then the whole world would be still affected by the snap. Some take this theory even further and say that she altered reality long before, straight from Avengers: Age of Ultron, after the death of her brother. What do you think about this?!

In the Netflix original Malcolm & Marie, we can see a lot of instances in which Malcolm is behaving oddly. Movie audiences are theorizing that the possible reason for this is that Marie is actually dead. She committed suicide a few years back and the whole night’s argument is Malcolm confronting his feelings and struggling to overcome his guilt of not thanking her or failing to save her.