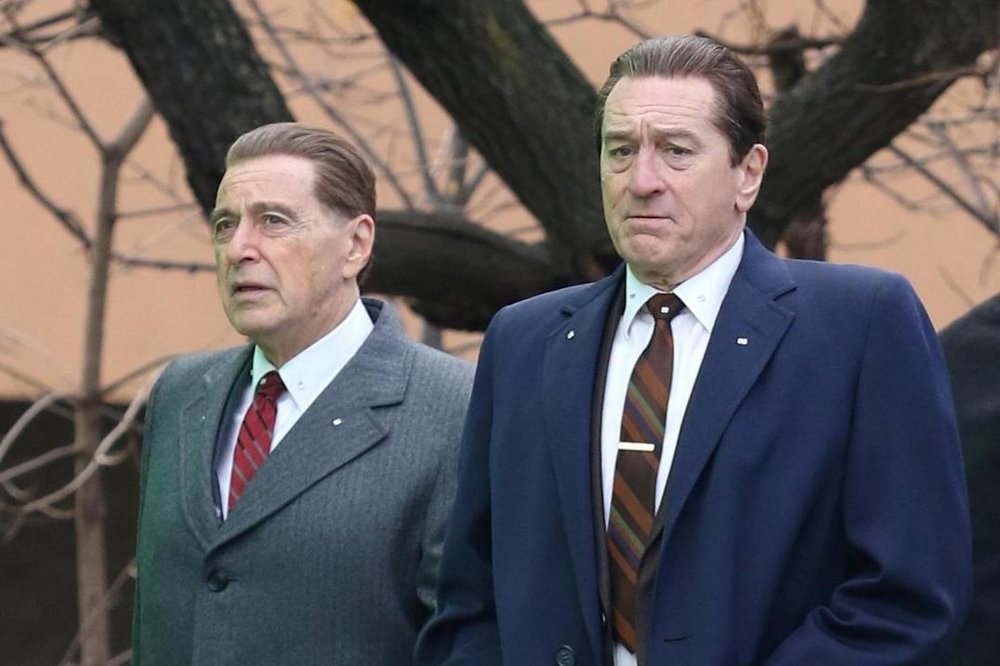 From Taxi Driver to Goodfellas, director Martin Scorsese is known for his crime-filled epics. The latest addition to the list will be the highly anticipated The Irishman which will have its world premiere at this year’s New York Film Festival.

The movie reunites Scorsese with Robert De Niro and Joe Pesci, and will also mark his first collaboration with Al Pacino. What else do we do to be excited, right? Well, there is more. The movie will also feature a younger version of actors with de-aging VFX from ‘Industrial Light and Magic’ and cinephiles had been aching to know how it looks. Fortunately, the makers have finally decided to release a first look from the movie. Though they are still putting the finishing touch on extensive VFX work for the movie, the newly released first look images look sleek. 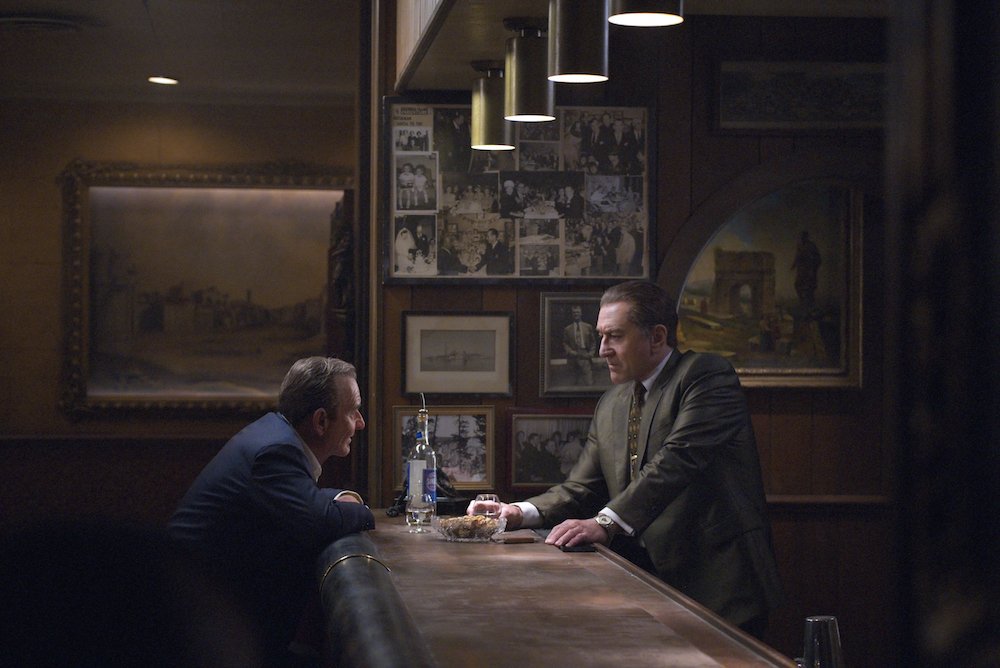 The two images released feature Pacino’s Jimmy Hoffa and De Niro’s Frank Sheeran. The Irishman will also star Harvey Keitel, Bobby Cannavale, Anna Paquin, Ray Romano, and Jesse Plemons. The movie is all set to premiere at the end of September. However,  there is no release date set for theaters or Netflix at this time.

Talking about the movie premiere at the New York Film Festival, Martin Scorsese said: “It’s an incredible honor that The Irishman has been selected as the Opening Night of the New York Film Festival. I greatly admire the bold and visionary selections that the festival presents to audiences year after year. The festival is critical to bringing awareness to cinema from around the world. I am grateful to have the opportunity to premiere my new picture in New York alongside my wonderful cast and crew.”

The movie is based on true events and is adapted from the book I Hear You Paint Houses by Charles Brandt.  Academy Award-winning screenwriter Steven Zaillian will be penning the script. According to the New York Film Festival, The Irishman is a “richly textured epic of American crime, a dense, complex story told with astonishing fluidity.”

With that being said, we can’t wait to see the movie soon and are hoping for a trailer from the movie soon before the premiere. Don’t worry! We will make sure that you won’t be missing any of the action.