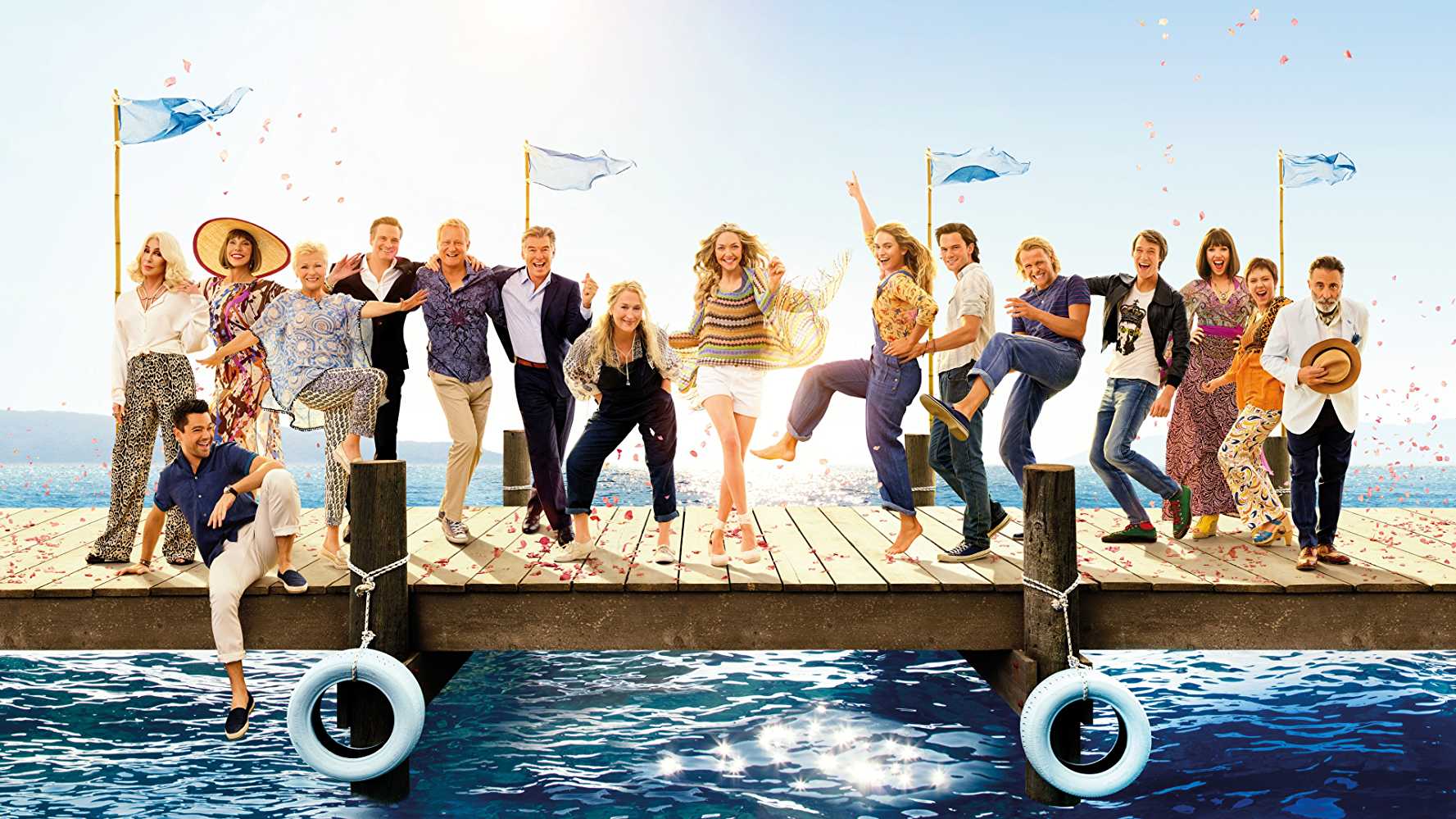 My opinion of 2008’s Mamma Mia! is, why not just listen to an Abba album? Which is interesting, because when it comes to listening to music, I generally prefer songs from movies over those not from movies, because being engaged in a world and the characters that inhabit it enhances the experience of listening to these songs. But with Mamma Mia!, I found myself very disengaged, perhaps because the story had too much sugar and too much cheese for my taste. Very cynical of me, I know. And what’s the point of listening to the movie versions of these songs, when Pierce Brosnan was doing so much of the singing?

In Mamma Mia! Here We Go Again, Brosnan has a lot less singing to do. That is how I suggest you look at this movie: it’s offering the same package as the original, and its execution isn’t too different, except this time there’s less of the things that were annoying the first time and more of that which worked. So whether it’s a good movie or not, it most certainly is a good sequel.

The story (if you care about that sort of thing and are not just here for the soundtrack) is split into 2 timelines. In the present day, 10 years after the events of Mamma Mia!, Donna (Meryl Streep) has been dead for about a year. Her daughter Sophie (Amanda Seyfried) has rebuilt her hotel, and dedicated it to her (Hotel Bella Donna), and now wants the grand reopening to go well, while she processes the idea of moving on without Donna in her life. In the other timeline, we follow a young Donna (Lily James) as she as she first finds the building that would go on to become her hotel, and meets the 3 men who end up as Sophie’s fathers.

From that description, it would appear that the present day storyline has an interesting narrative drive, while the one in the past does not. After all, what could be interesting about seeing Donna go through a journey whose ending, thanks to the first movie, we already know? In execution, however, it ends up being the reverse. The present day plot presents us with challenges Sophie is facing, and then those problems get solved and the characters are happy, skipping the part in the middle where we’re actually supposed to try to figure out how to solve that problem. In the past, however, since we already basically know what’s coming, the focus is on living the moment with Donna and the Dynamos, which is surprisingly entertaining. The key here is the change in directors, this time, the dialogue is sharper, the musical numbers better choreographed, the characters slightly better fleshed out. From almost every perspective, this sequel ends up being a tad better than the original, even though it’s basically the same movie (even some of the songs make a reappearance, including the titular Mamma Mia!). 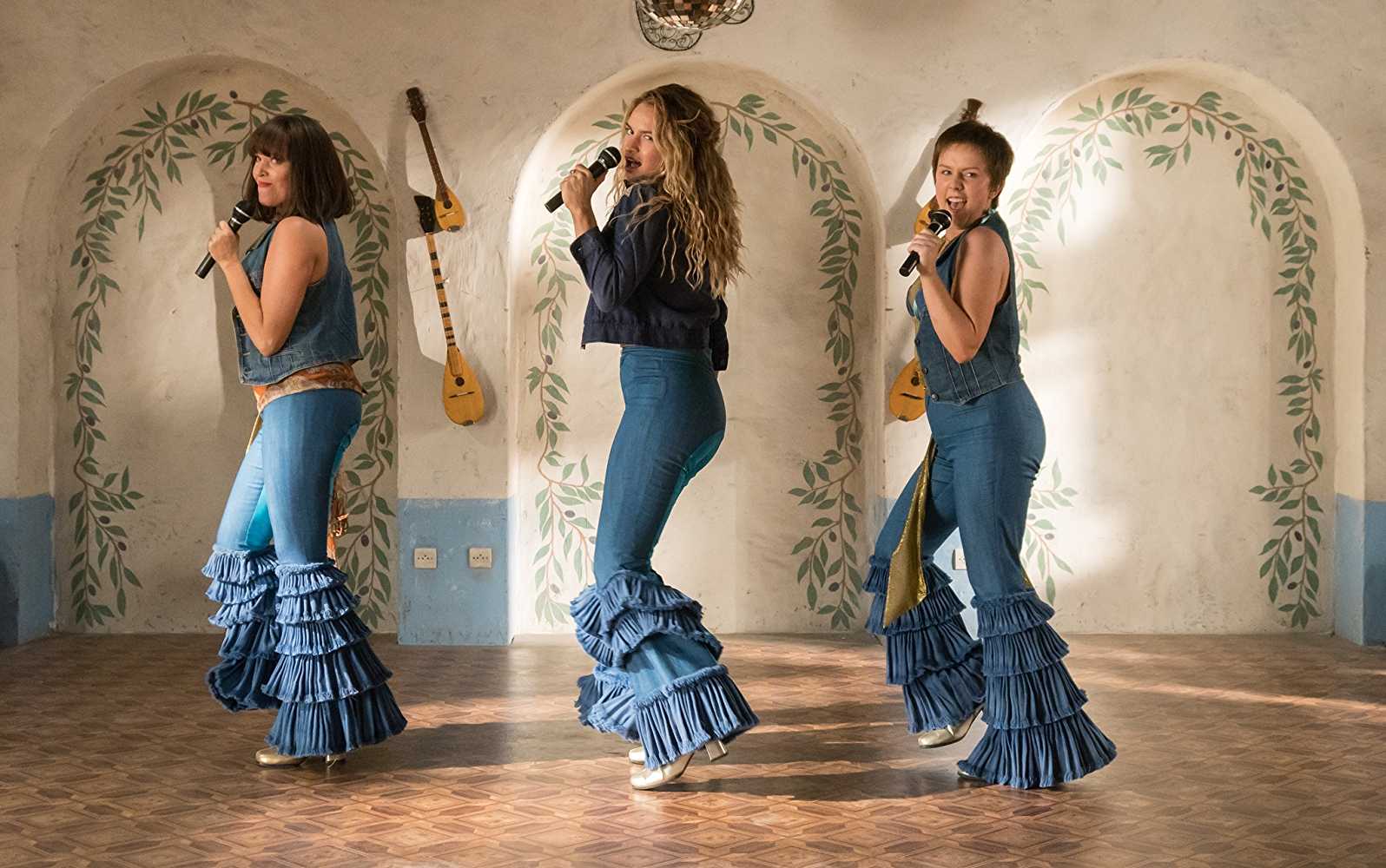 There is, however, one significant factor in favour of the original: Meryl Streep. She was almost the only actor who could make the dramatic beats feel at least a little genuine in the midst of all the ridiculousness, and her presence is sorely missed this time around. Good thing Lily James is a more than capable replacement, she’s a good singer, and is so much fun to watch onscreen that for the first half hour, you really don’t mind the absence of an engaging plot. New additions include Cher and Andy Garcia. At the beginning of the movie, I was just baffled by the choice of that accomplished an actor for what looked like a rather small role, but once the logic behind his casting did become clear to me, the decision only got weirder, for reasons I cannot disclose without spoiling a major reveal.

Speaking of spoilers, I find it interesting how the promotional images of the movie spoil all the biggest reveals in the movie. It’s almost as if they know the audience isn’t there for the story. Deciding whether to watch Mamma Mia! Here We Go Again is simple. If you liked the original, you’ll like this more, if you didn’t, this won’t win you over. That said, even though I count myself in the latter category, I believe in angels, something good in everything I see. (Sorry.)