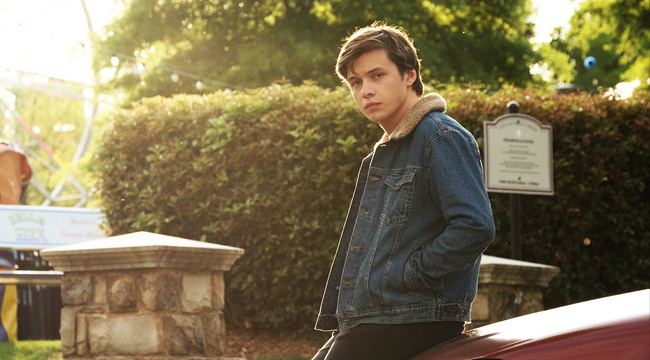 Greg Berlanti, writer and producer of the acclaimed CW series The Flash and Arrow has blessed us with Love,Simon which is the first teen gay romance to be released on such a large scale and with such mass appeal. The focus on LGBTQ community is gradually coming into light with movies like Carol, Moonlight and quite recently, Call Me By Your Name , but the problem is that these movies mostly appeal to a niche population, and aren’t celebrated as much as the movies released by a major Hollywood Studio.

Hence Love,Simon is a landmark in the genre, presenting the simple story of a closeted teenager, Simon (Nick Robinson), his struggle to keep his orientation a secret, and his quest to find “Blue” (a classmate who came out on the school “confessions” blog anonymously) whom he’s fallen for online. It normalizes the age old taboo, while focusing more on how Simon goes to extreme lengths to keep it a secret by messing up his friends’ lives.

“It doesn’t seem fair that only gay people have to come out. Why is straight the default? “
This was one part of the movie that really struck me, followed by an imaginary sequence where some of the characters come out as “straight” to their parents. With just the right amount of comedy, it proves to be thought provoking as well.

As Simon tries to unravel Blue’s identity, crossing off potential candidates, he also tries to find the courage to come out and “exhale” , as his mother rightly puts it. And this is one journey you don’t want to miss. Love,Simon doesn’t fall short of character development, which is needed for any good coming-of-age movie.

It aims for a wide audience, with witty dialogue, an indie-pop soundtrack and The Perks of Being a Wallflower vibes.

After seeing Katherine Langford as “Hannah Baker” in Thirteen Reasons Why, it is exciting to see her take on a brighter role this time. Katherine, along with Jorge Lendeborg Jr (Spider-Man: Homecoming), Alexandra Shipp (X Men: Apocalypse), Logan Miller (The Walking Dead) and Keiynan Lonsdale (The Flash) make a surprisingly fresh cast. Jennifer Garner and Josh Duhamel, who play Simon’s supportive parents steal our hearts in every scene.

Love,Simon– I really did love it, so much that I watched it thrice in two days. It’s practically impossible not to smile ear to ear or gush over the adorable characters after coming out of the theatre. It is fast paced, tickles your funny bones, is beautiful in every sense of the word, and will instantly become your summer favourite.