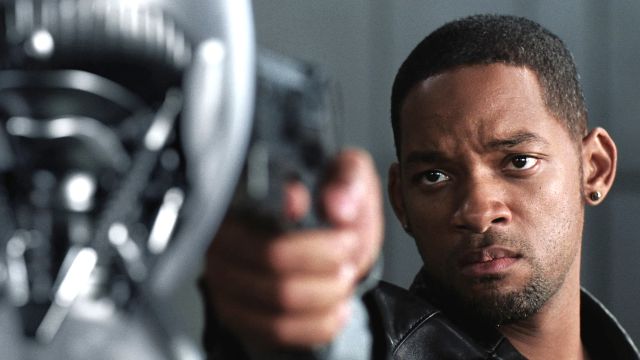 Will Smith is one of the most loved actors of our times. Be it comedy or intense characters, he handles them all with his own unique grace. Here are some of the best Will Smith movies to watch:

Enemy of the State

This is a political drama with Will Smith playing an innocent lawyer who ends up entangled in a case of mass political corruption after he accidentally comes into possession of evidence of the murder of a U.S. Senator. He plays the role of the lawyer caught unaware in a scandal with great commitment. His portrayal brings out a relatability and depth to the role, making the film a very engaging watch.

This is an exciting science fiction film that showcases yet another brilliant performance from Will Smith. It is the story of a superior alien race that tries to destroy several cities of the Earth with its sophisticated weaponry. Various people join forces to push back and save human beings. The characters are fleshed out well and executed convincingly. Will Smith is believable and fun onscreen with his usual charm and commitment.

This is a sensational biographical sports drama that follows the life and struggles of legendary boxer Muhammed Ali. Will Smith plays the titular role and aces it with his extraordinary on-screen performance. He brings out the aggression and the vulnerabilities of Ali with subtle grace and defining strength. His presence elevates the film and holds it together to make it deep, exciting and extremely relatable.

This is a science fiction action comedy film that is based on the Marvel comics. It is undoubtedly one of Will Smith’s best and most memorable performances of all times. He is supported by the rest of the cast to bring the film together in engaging ways. He comes across as a diverse actor who switches from humour to action very naturally and without much effort. This is a film of his that you must not miss.

This is an action-packed story of two detectives who join the special team of the Miami Police Department. Their mission is to bring down a ruthless killer on a ploy to commit a murder. The film is edgy and entertaining. Will Smith handles his roles with ease and also brings out the assertion of a detective in very convincing ways. He walks in and out of scenes with a nonchalance that is extremely interesting to watch.

The Pursuit of Happyness

This is an adorable film that is hard to not love. It tells the survival story of a man and his little son. The duo navigates life and financial troubles and form an incredibly warm relationship in the process. Smith shines through as the endearing father who is all love for his little boy. His vulnerabilities are so relatable and moving that you might need to keep some tissues ready for this film!

This film marks one of the few times when Smith ventured into rom-com. The film has him playing the role of a professional dating doctor who trains men to woo their dream women. He claims that he can match anyone, regardless of their differences with their partner. This is a fun film that is light and breezy. It wraps together some enjoyable humour and light drama and Smith proves that no genre is beyond his capabilities as an actor.

This is a fictional fantasy film that is based in the future. Will Smith plays a hardened police officer whose distrust of the robots that are now part of everyday life is challenged when he gets forced to deal with a robot charged with murder. The film has an interesting plot which is held together by Smith’s sharp performance as a cop. He makes the best effort to bring believability into a story that can easily falter if the performances do not hold it together.

This is a fun film that offers a modern-day twist on classic heist movies. Smith showcases undeniable charm and chemistry on screen. The film has exotic locations and very sophisticated heist sequences which Smith handles with charm. He fits right into the story with his easy-breezy performance that switches to strength and assertion when needed. It is a very different kind of performance from Smith and hence a film that must not be missed.

This is a film in which Will Smith only appears for a brief moment. But it is on this list because he plays Satan, and makes the film memorable for the short while that he is in it. It is one of his most fun and remarkable performances which showcases his true diversity and versatility as a performer. The film is an overall exciting watch and Smith elevates it with his screen presence.