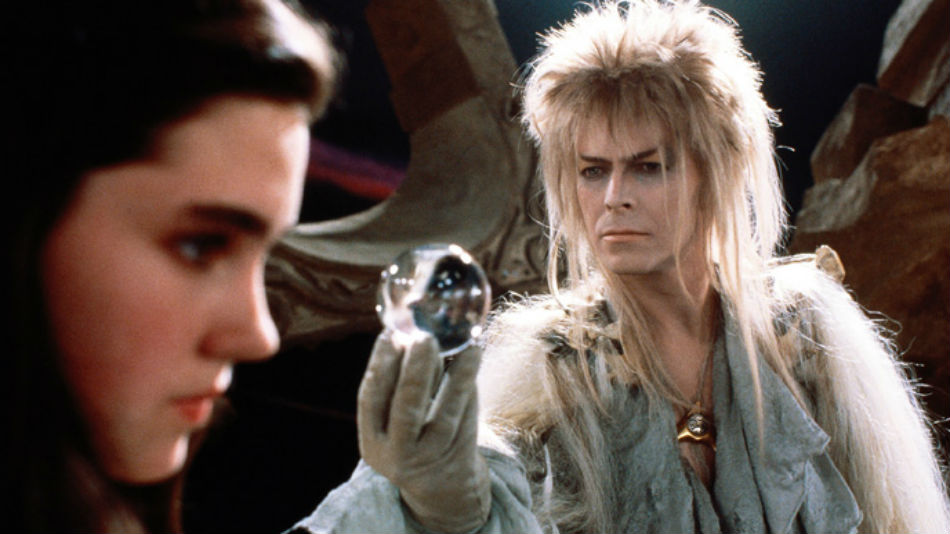 Labyrinth is a metaphor for a Girl Navigating Puberty

Ever since the fantasy lore came into existence they have been aimed at a younger audience with a vivid imagination. Since children adore shiny magical aesthetics and a happy ending, the genre focuses on capitalizing their story by playing heavily on these elements. Much of the plot is invariably about a damsel in distress who fights her way through a series of evil for a McGuffin.

Children take these tales at face value just like they are supposed to. But as we grow up, we realize there may have been a subtext to the story that was not quite obvious upon the first viewing.

Some of these tales stand out among the rest in respect of narrative and for what they represent. Labyrinth is one such gloriously weird tale that found itself treading water at the time of its release but went on to become one of the most iconic films in the history of fantasy cinema.

On the surface, the film seems like a generic tale of a coming of age girl on a quest of rescuing her brother from an evil Goblin King. (Write plot). At its core, though it symbolizes the fantasies and fears of a teenager on the verge of entering a new phase of life. The disoriented set up and it’s phallic undertones become quite obvious to a more mature audience.

The film follows Sarah, a sixteen-year-old girl who has a hard time adjusting with her family’s utter disregard for her feelings and life choices. Dejected and unable to find a way to channel her emotions, she makes a rather wish for her baby brother. Unlucky for her, the words are spoken out of spite become a reality, and there commences a journey through a labyrinth that is both baffling and enlightening. N other words her experiences in this dark world empower her to take full control of her thoughts and life itself.

Let us examine this outlook in detail.

Sarah is a normal girl who likes to read a lot of fantasy lore, act in plays, and goes through a normal girl’s experiences just like any of us. So her insecurities and fantasies would look very much like that of a normal teenager. When she is unwillingly thrust into a world of fantasy, those very fears and desires become her challenges. 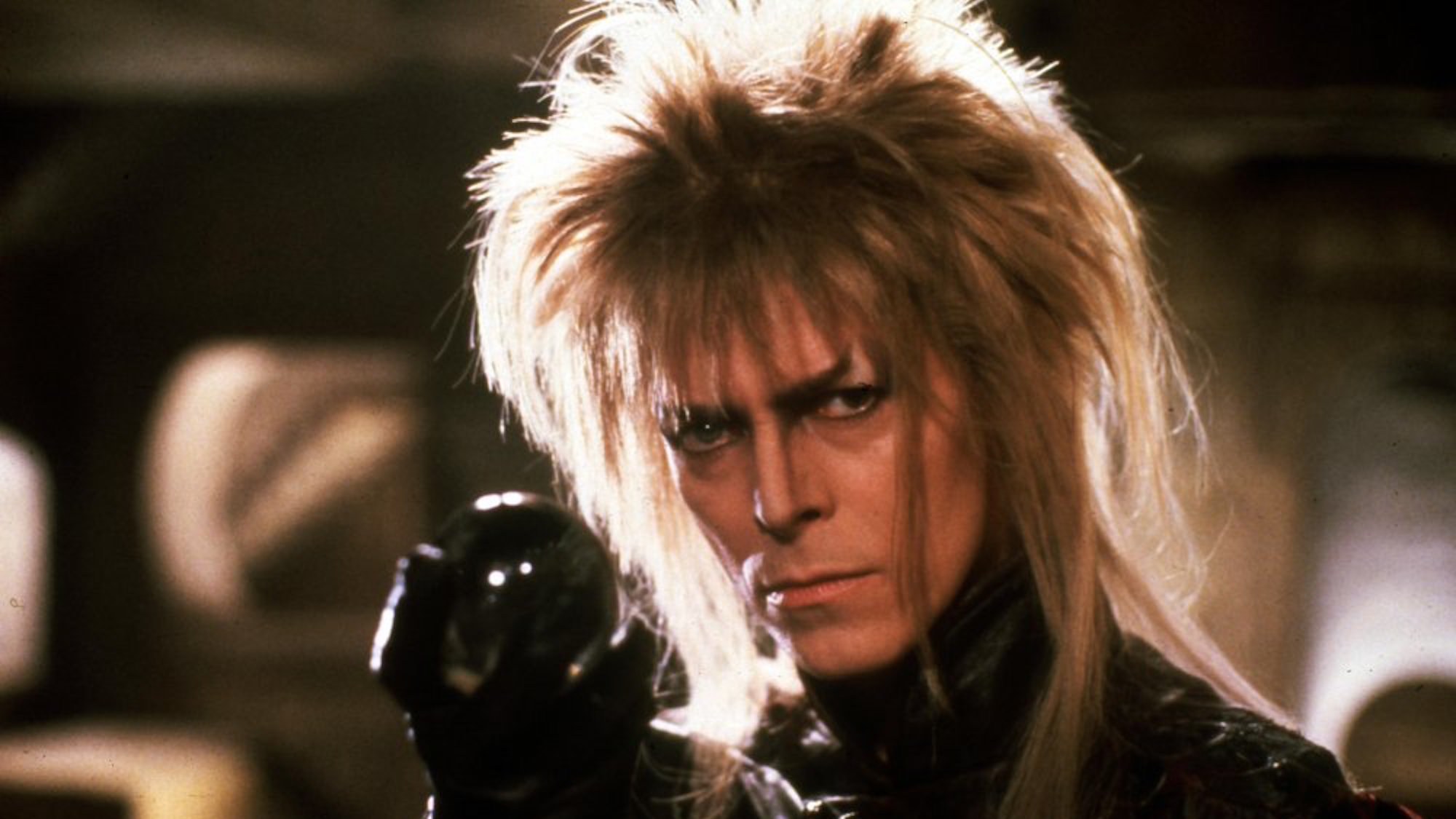 Only a total robot will deny his raw sexual magnetism. Of course, the man of her dreams looks like a rockstar with big pointy hair and wears tight pants. A little too tight in this case symbolizes the phallic aspect of puberty. Bowie plays Jareth, the Goblin King who is the reason Sarah is trapped in the Labyrinth. An attractive face is a reason for all your troubles and confusion! classic Puberty problem?

Jareth has Sarah’s baby brother locked away in oblivion and the only way she can rescue her brother is by obeying Jareth’s rules. 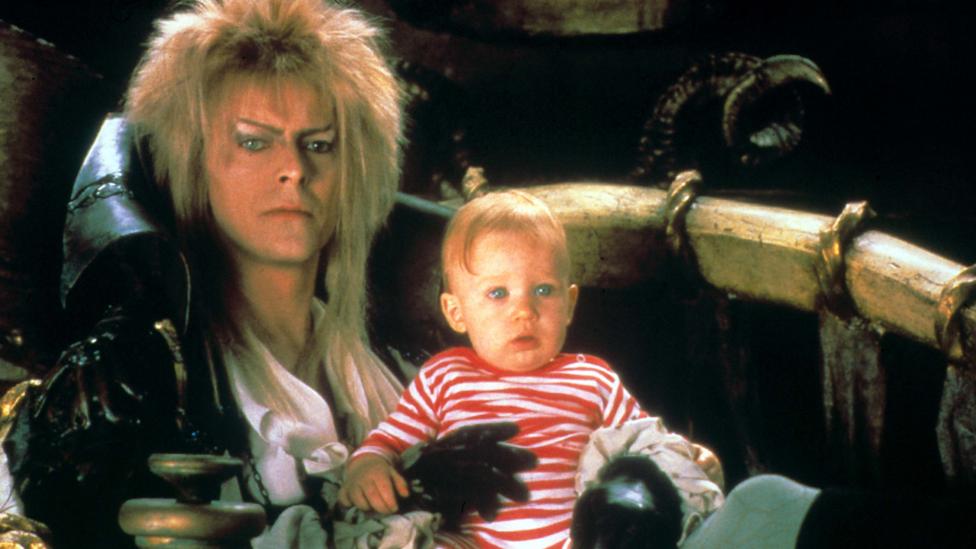 When Jareth first meets Sarah, he tells her that she can either take a dream magic crystal he has to offer or rescue her brother from his complex labyrinth. The clock for rescue is set for 13 hours. If she fails to rescue him within the set time frame, he will turn into one of Jareth’s Goblins.

Sarah without hesitation chooses to rescue her baby brother and from then on Jareth relentlessly pursues her trying to break her will by making irresistible offers.

This represents Sarah’s desire for physical and material pleasures as a teenager. Although she is not quite sure if she wants these things and labyrinth is what represents her confusion. She is fighting the urge to dive into the adult lifestyle by trying to save her childhood. Her baby brother is a symbol of that very childhood which she strives to protect.

The glossy magical life in a Labyrinth is only making it harder to focus on what is most important to her.

Another notable figure in the film is Hoggle. Hoggle eventually becomes Sarah’s guide in the Labyrinth but when she first meets him, he is seen peeing in the pond, holding his bare penis in his hands. 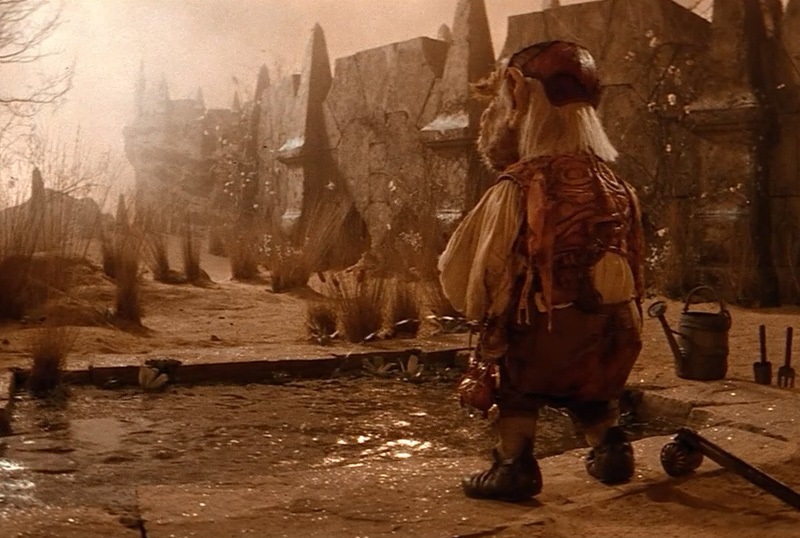 To a younger audience, this is only meant to evoke laughter. But when viewed from the eyes of a teenager, this scene bears a sexual undertone.

In addition to this Hoggle spots a jacket with a very unsettling picture of a face on it. This could mean he is probably two-faced. In all probability, he cannot be trusted since he is betraying his master by helping Sarah.

Jareth is constantly trying to woo the girl to become his queen and rule his kingdom alongside him. But then what about her brother. Jareth obviously cannot be trusted since his intentions seem sinister. He is keeping her away from her brother and never keeps a single promise. The point here is even amidst a myriad of temptations and fantasies, Sarah is able to make sane decisions. She does get confused occasionally due to Jareth’s conflicting personalities- sometimes a suitor, a father, a king, and a playmate. But in the long run, it does not affect her coherence.

Her experience at the masquerade ball represents her outlook about adult life. To a young teenager on the cusp of adulthood, it is nothing but a racket full of corrupt and threatening faces all around. She desires the enjoyment yet somehow finds it sickening and dangerous. That is the reason she chooses to retreat.

Though most elements of this film fit into the canons of traditional fantasy, it does break the rules to give Sarah the heroic win. Even if it was her decision to get her baby brother to disappear, she makes a quick decision to reverse her actions. She faces Jareth and the challenges of the Labyrinth head-on and comes out unscathed because she does not let her desires get in the way of her determination. Giving up the offer of a queen is rather commendable given the fact that she is a normal girl who believes in fairy tale endings. She sticks to her choices and does not let Jareth take control of her life even for a moment.

Jareth sings, dances, and pulls up all kinds of magical antics to win her over. In the final showdown, he sings “Everything I’ve done, I’ve done for you”. This shows, that Sarah was the only hero in the story. And like every other fairy tale, where the damsel ascends the throne, Sarah gives it away and becomes the king of her own life.

With all authority, she claims at the end “You have no power over me,”! She does not win a king, or a ring but has gained full control of her fate. She has understood her power and responsibilities as a young adult. She has realized that her family and loved ones are beyond any materialistic desires. And in the cacophony of two-faced, intimidating people, she has won loyal friendships.

She emerged so beautifully from the Labyrinth that even the king himself finds it hard to keep away from her. And thus he sits outside her window in the form of an owl in the real world. Only to enter her life again if she approves!