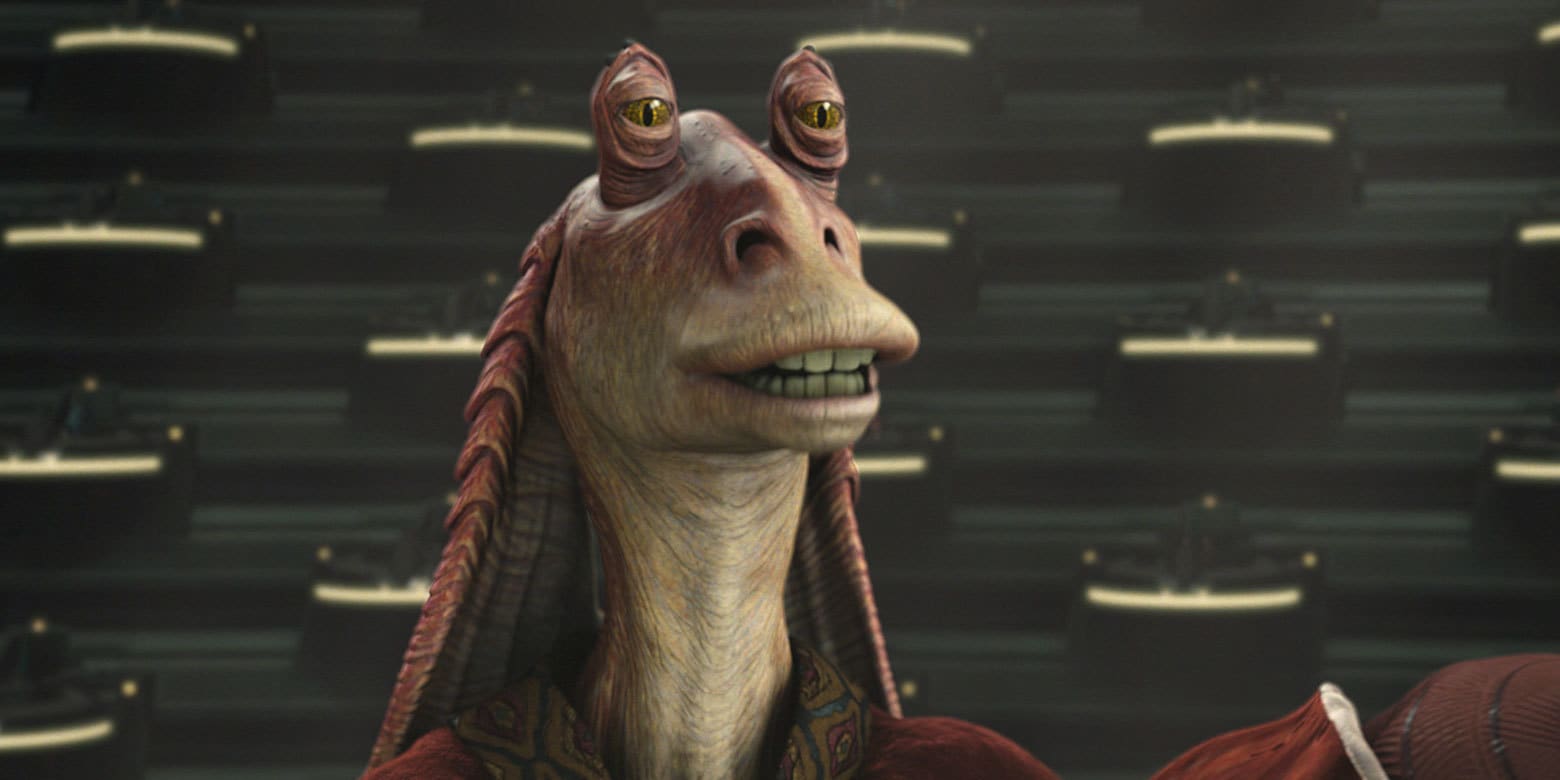 Jar Jar Binks is None Other than Supreme Leader Snoke

Each time a Star Wars movie ends, it leaves a lot of questions unanswered which is a common strategy followed by most franchise films. Although Star Wars in particular likes to take the mystery game pretty seriously. This causes theories to brew up in desperate abandon. Just like the secrecy about the identity of Luke Skywalker’s parents at the end of Star Wars: A New Hope. We only found Luke’s father was none other than Darth Vader in The Empire Strikes Back. The same went down with Rey’s parents before Episode VIII. The most fascinating theories however have developed around the true identity of the ominous Supreme Leader Snoke.

There is a faction of fans who believe that Snoke is “the Last Jedi”. While some others believed he is a re-embodiment of the dead Mace Windu or the Darth Maul because they were equally evil and menacing. However they are missing an important face of malevolence in all this concoction- Jar Jar Binks.

Obviously right now you are thinking “He is just an imprudent, racist filler character from the first trilogy”. Yet there are some fans like Reddit user Lumparwarroo who hold him in high regard as a Force user and Sith collaborator. The theory Lumparwarroo proposed goes on to suggest that Jar Jar Binks supported the Emperor Palpatine in his scheming. Another surprising disclosure adds an insane twist to an already bonkers claim. It seems Jar Jar Binks is a Sith master with immense power and raise a villain of evil proportions from a young child he finds. So that makes Jar Jar Binks even more powerful compared to Snoke.

This is going to seem hard to keep up with so stay with us!

Back in 2015, Star Wars released a book trilogy titled Aftermath. The trilogy covers all events that went down in Episode VI and Episode VII. The same manner in which Rogue One found a connection between Revenge of the Sith and A New Hope. The last book of the trilogy reveals the fate of Jar Jar Bink as a street clown who entertains exiled kids from the Gungan race.

What is even more intriguing to note is how the boy is described in the book- “disfigured orphan” whose “scar tissue runs up from his jaw, over the hole that used to be his ear, and to the scalp.”

Can you recall a person with a similar deformity? That’s right! Snoke also has a pretty disfigured ear with a deep scar in his forehead. Moved by the young child’s regard for his feelings,  Jar Jar makes an offer- “My teachin yousa, pallo. Wesa maken the whole galaxy smilin, huh”

Now, we are not in complete denial of how completely thoughtless Jar Jar was and of course there is all possibility that he just wanted to teach the young man a few Jar Jar antics. But the theory makes us have a whole new outlook on the dynamic between Jar Jar Binks and the Gungan child. It is possible that Gungans, upon discovering his ulterior motives as a Sith collaborator banished him. The child in turn may have had some dark power lurking within him that Binks fuelled and gave rise to the evil Snoke.