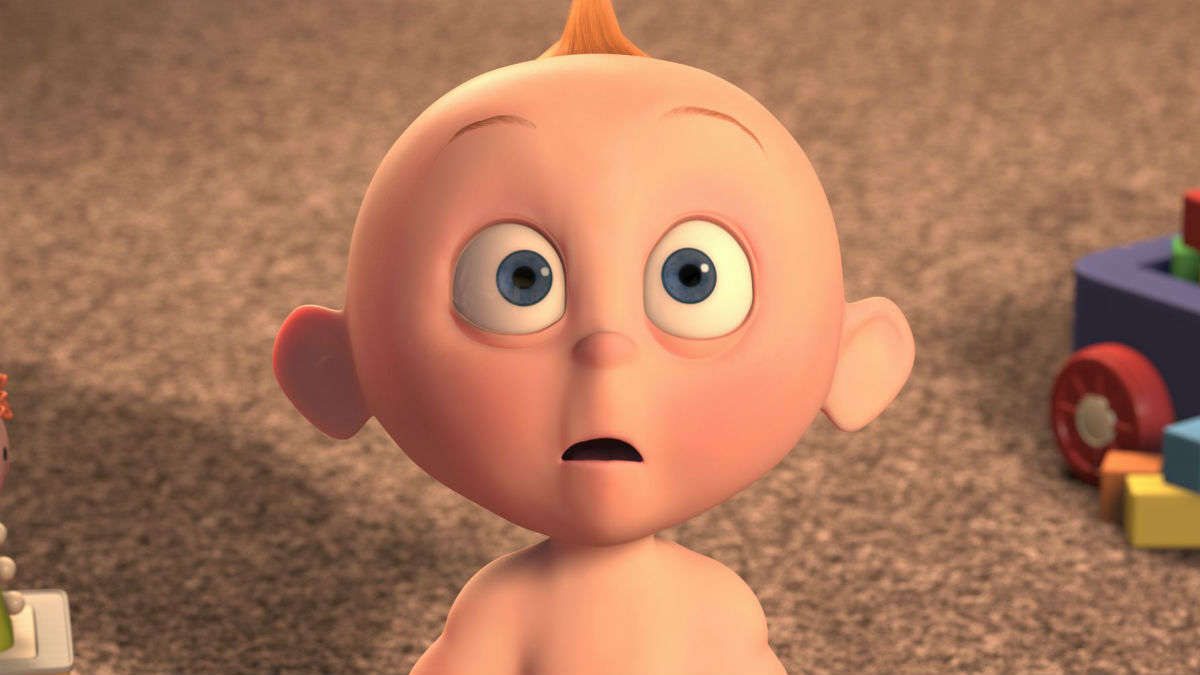 Jack Jack is the most Powerful Incredible

We cannot stress this enough. The little terror stole the show in Incredibles 2. If you remember in the first movie, he harbors as many as 4 powers. Cut to Incredibles 2, he shows a new power every time he appears in the frame. He keeps giving his family a hard time with a new trick each time. It’s like if Marvel and DC had a baby, he would be it!

We first witness Jack Jack’s powers in the first installment of the franchise when syndrome tries to steal him from his parents. He evades the kidnapping by setting himself on fire while Syndrome is transporting him away. Not just fire. He then transforms into a demon and a heavy metal. But when he starts falling back down he quickly returns to his normal form before his mother comes to rescue.

His babysitter keeps trying to alert his parents that his actions have been quite questionable. But the family completely ignore the seriousness of the situation and that he may have started showing signs of superpowers. In his little antics with the baby sitter, we get to experience his abilities of levitation, wall climbing, gravity control, strength, crossing dimensions, fire and laser eyes.

Pixar has been very selective in spilling the secrets of his actual powers. Which invites even more questions.

After scanning all the bits of Jack-Jack antics we can’t help but think if he has multiple superpowers or if his powers manifest in different ways. Can he control Space and atoms around him? But that does not count as a superpower does it?

His powers are not limited to an object like Aquaman’s Trident or Superwoman’s Lasso. He has not undergone any artificial alterations like the cyborg.

He has body manipulation powers that enable him to clone himself, shift shape, change the size, transform into a demon, stretching, levitation and intangibility.

A lot of these powers come handy in the fights his family gets into. As unusual as these powers are, they do add a lot of entertainment value to his character. Especially when he mimics Edna’s look by getting oversized goggles and a dark-haired bob cut or when he makes multiple clones of himself to fight a raccoon and also when his family uses him as a gun and makes pew pew sounds while he shoots bullets out of his eyes. Its fun to watch but also makes us think, does his powers have any limitation at all?

He is able to move his mom’s mind screen control goggles off his mom through telekinesis.

The youngest member of the Incredible family has is able to mimic the elements and any form of matter there is including metal, smoke, fire, liquid, electricity or lightning, and so on. This clearly shows he can take properties of elements.

Jack Jacks’s powers may not be a serious subject of discussion among his family members, but there is one member of the cast who definitely has her interest piqued. Edna is both intrigued by his powers and perplexed by how complicated his design is.  Our theory? He is probably a polymorph given his shapeshifting and other body manipulation abilities. All the antics with space, form, and elements may be pointing out the molecular vibrations in his form that he is unable to control yet. Having said that we cannot ignore the fact that he is able to alter time and space, pull out water and electricity from the atmosphere and his powers to open portals to other dimensions.

In Edna mode’s words- Jack-Jack is pure unlimited potential. In fact, she is the first one to understand his polymorphic abilities and to realize that he is far more mature for his age- Physically and mentally! This comes as a part of his response to external stimuli. For example, he responded to Mozart every time it is played. First with his babysitter by pulling up the goofiest act and attacking the nanny. And the second time with Edna. But the second time he keeps it low key and just clones multiple copies of himself.

As of now, it is unclear if he is just lucky or the powers just come to him naturally as a reflex in times of danger. But the mysterious part is, how is he able to tackle every kind of danger. He is able to ward off any danger because his powers customize based on the nature of the trouble. In other words, he is remarkable. Does he have any limitations at all? Sure doesn’t look like it. He does share some common powers with his father and his brothers like the super strength and super-speed. But the rest of his abilities that stun even his family.

Doesn’t that prove that he is in fact the most powerful Incredible? What do you think?