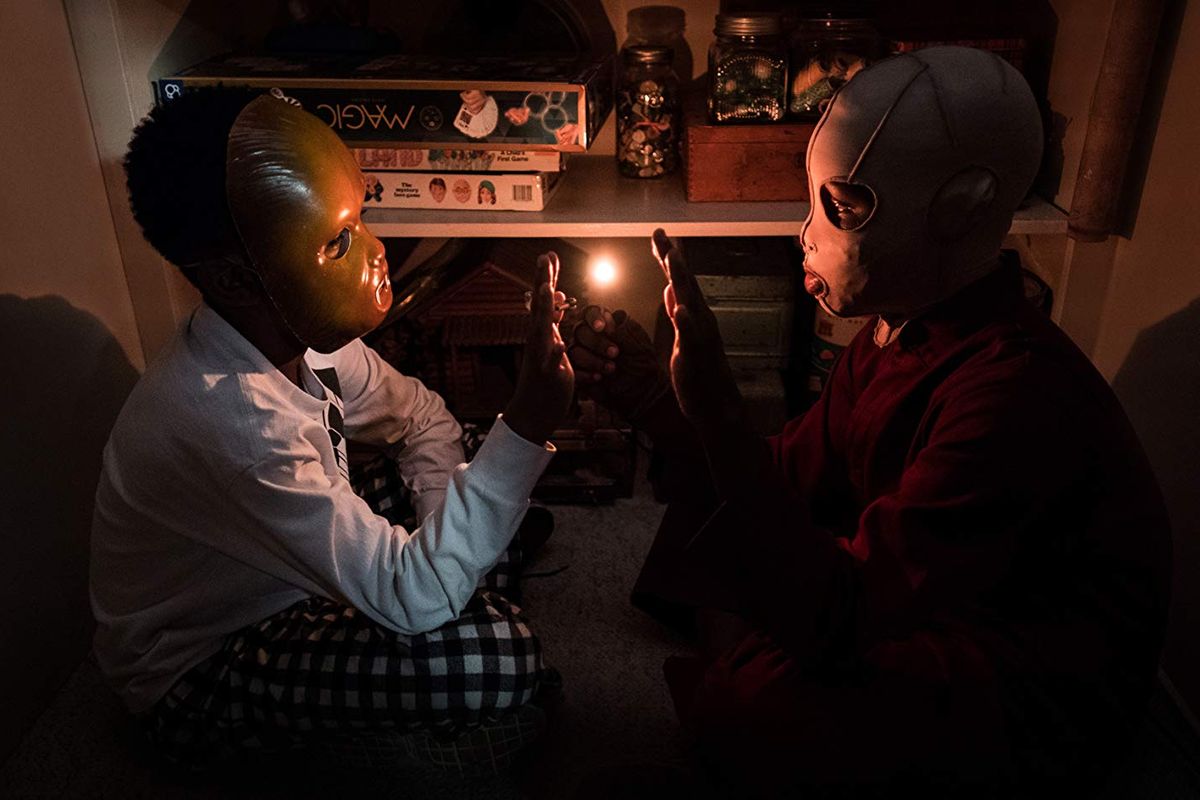 Is Jason a Tether to Pluto in Us?

Granted that Jordan Peele’s Us fits perfectly in his traditional art of layered filmmaking. But how much can you exploit this form to make deep assumptions about his narrative?

Us has been subject to a lot of discussion among fans and critics for its systemic depiction of inequality in the human world and how the wealthy can impact the lives of the population at large. But there has been another discussion surrounding the plot itself that undermines the nature of this symbolism.

From what we know of the film Adelaide (Lupita Nyong) turns out to be a tether. A tether is a doppelganger created by the government as a part of an experiment but was shut down long back. The tether switches places with her human counterpart when they were children. This happens to be the epic twist in the film.

But fans believe this wasn’t the only big revelation in the film. Another big secret which did not get an explicit reveal was   A fan theory has been doing the rounds that Adeilade’s son Jason is also a tether who has swapped places with his human equivalent.

The idea first sparked on Reddit and went on to gain a lot of popularity amongst the Us fans. Is this Peele’s attempt at making you rethink the entire film or just a proof of fans immense impact on the culture.

Here is what the theory suggests:

The theory becomes evident at the end of the film. Adelaide’s human counterpart Red attempts to steal Jason from her family of tethers but is eventually killed by Adelaide.

In the climactic scene when Red reveals her true identity, Jason is privy to the details of the story. Adelaide comes back to the above world and takes her family to a safe location. Just as this happens, Jason passes a suspicious look to his mother and then looks away from her while putting on his mask.

Logically this indicates Jason’s response to his mother’s true identity, fans interpret this look as a sign that Jason has been switched with a Tether. Pluto is Jason’s human counterpart and the switch happened before the film began.

What the Redditor’s theory suggests is “At the end, he has realized that his mother, at one point, has also switched bodies. She gives him a look almost like ‘I also know what you know’ and then he puts on his mask, as a symbol of the masks they will now wear for the rest of their lives,” .

Further evidence presented to prove this point is as follows:

But all the above evidence can be efficiently debunked if you understand the core qualities of Tethers.

First of all, Jason may be controlling Pluto but the other way around is not true. The tether experiment was failed because the tethers became susceptible to human enslavement. That was the whole reason why the project was shut down since they have no authority over their human counterparts.

Somehow if Jason turned out to be a successful product of the experiment, the whole film becomes a visceral affair around humanity’s failure and inevitable suffering caused at the hands of a greedy few.

Furthermore, Pluto is unable to control himself from walking into the fire. If it were the Un Tether Jason he would have resisted the act.

The language part of the theory is rather sloppy. Jason is young and speaks good English as compared to his family of Tethers.

Had he been kidnapped while he was young, he would still manage to speak and tell everyone about his abduction as a child.

If Jason and Pluto, did switch places, it would have happened at a young age, and Pluto would have no speaking abilities whatsoever. He would not have been able to recover them once he was back to the surface.

Last but not the least, the whole film is based on the idea of inequality. Pluto’s disfigured face is a result of Jason’s fun magic trick. This symbolizes the power an un-tether has over his Tether just like the wealthy have over underprivileged humans. The rich do not introspect the consequences of their actions on other people just like Jason who has no idea what does not care about what’s on the other side until he is confronted with the truth.

If the subject of inequality is shifts, the integrity of the symbolism is hampered. Jason and Pluto are meant to be viewed as a representation of inequality and not as part of the Tether project. That’s all there is to it.