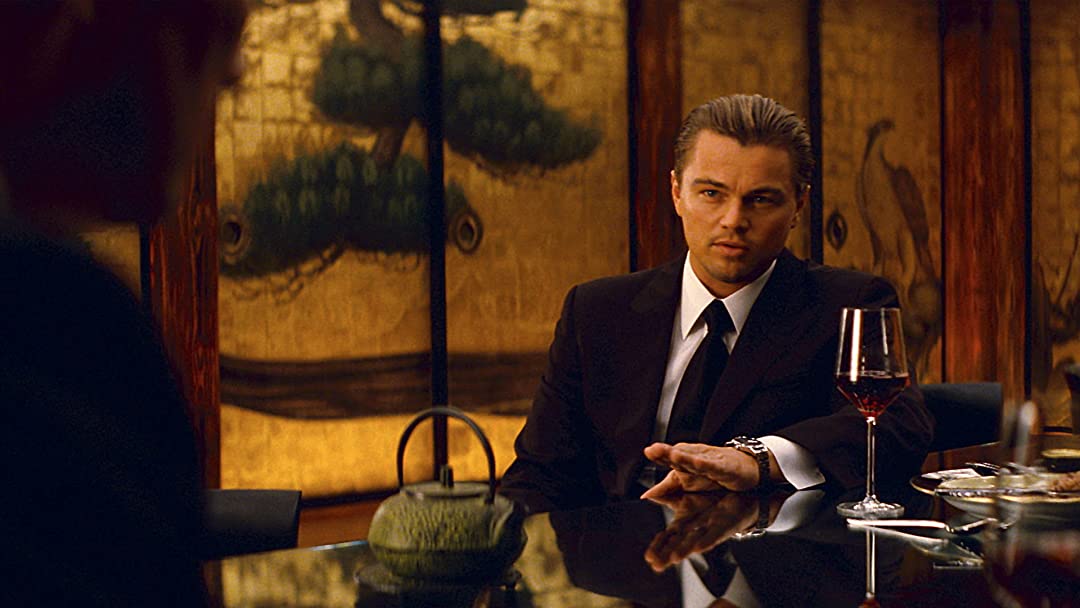 Is Cobb’s Wedding Ring the Distinction Between Dreams and Reality?

Inception is a unique concept. With a storyline that interlinks the past and the present, reality and dreams, deep texts and elaborate action scenes, it is one of the most phenomenal films complete with an incredible cast and stunning graphics. It will forever remain one of Nolan’s most memorable creations.

Although, the ambiguity of the ending still has people’s minds doing somersaults. The limbo of the last scene is raising plenty of questions. Does the top stop spin? Was it real or was he still dreaming? Nolan’s personal views on the scene go way beyond the movements of the totem or the validity of reality. He has always been more focused on the emotional message in each scene and in this one, it is that Cobb has finally stopped dwelling over his past and decided to return back to his children.

We may never really be able to answer the questions with complete certainty. After all, Nolan films are always meant to invoke multiple possibilities. But an interesting theory about Cobb’s ring has been doing the rounds.

The detail we often fail to acknowledge has been brought to light by an ardent fan. Cobb is seen wearing a ring in every scene while meandering in the dreams. But when he is finally awake, the ring is nowhere to be seen on his fingers. Is that the hard-line between dreams and reality for Cobb?

It’s almost shocking that the ring is absent from his fingers when he meets his children. So that boils down to one logical conclusion. Cobb was not dreaming in that scene. That, in fact, was his happy ending. But is it though? Let us look at the events sequentially.

Right from the very beginning, we witness Cobb intertwined in a cobweb of grief and repent. He believed he is directly responsible for her death by implanting the idea of inception in her mind which she was never able to fully recover from. The thoughts of which led her to take an action as grave as killing herself because she believed that her husband made her believe that she would wake up.

This is the thought that traps him in his own mind consequently not letting him accept his wife’s death. He believes he is still married to her and wears the ring as a symbol of their intact bond in his dreams.

The main storyline then branches off into alternate plotlines of the heist and Cobb’s character evolves as he sets himself on a quest to find peace within. That brings us to the end where he finally sees his children. While in limbo when Cobb is about to save Saito, he sees his wife in which he renounces the desire to be with her. For the very first time, his subconscious accepts the fact that she is nothing but an illusion and that his real wife is dead. He understands that the only families he is left with now are his son and his daughter. This is when he makes a conscious and subconscious decision to leave her and free himself from the shackles of her memories.

That points to the obvious error in the ring theory. It means that Cobb will never again be bothered by the painful memories of his wife even subconsciously. And that is the reason he gives up on wearing the ring in is dreams and also in the real world. So the level of uncertainty in the final scene is still intact.

But as Nolan says, the film is more about the protagonist’s emotional journey rather than the heist. So does the presence or absence of the ring really matter? The focus of the final scene was never meant to be the spinning top which slightly wobbles before the end credits appear. The highlight of the scene is that Cobb chooses to ignore the top and looks beyond it to see the faces of his children. He takes full control of his thoughts and knows exactly what he wants now. If that is a dream or a reality, it doesn’t matter. And that is when he has found inner peace. Wasn’t that the point of the whole experience? That right there is where the story ends.

As we have said earlier, Nolan films are meant to be thought-provoking and bound to leave you with countless questions. In such cases, it is the central idea that we focus on the most. In this film that being Cobb navigating his emotions of guilt and grief to finally attain peace! But when it’s a movie as spectacular as Inception, who cares for a meaningful final answer. You just watch it until every detail makes a new revelation. That is the spell cast by Christopher Nolan films we cannot escape from.

So this time when you watch the film, focus more on the characters rather than the plot. It could give you a whole new experience.