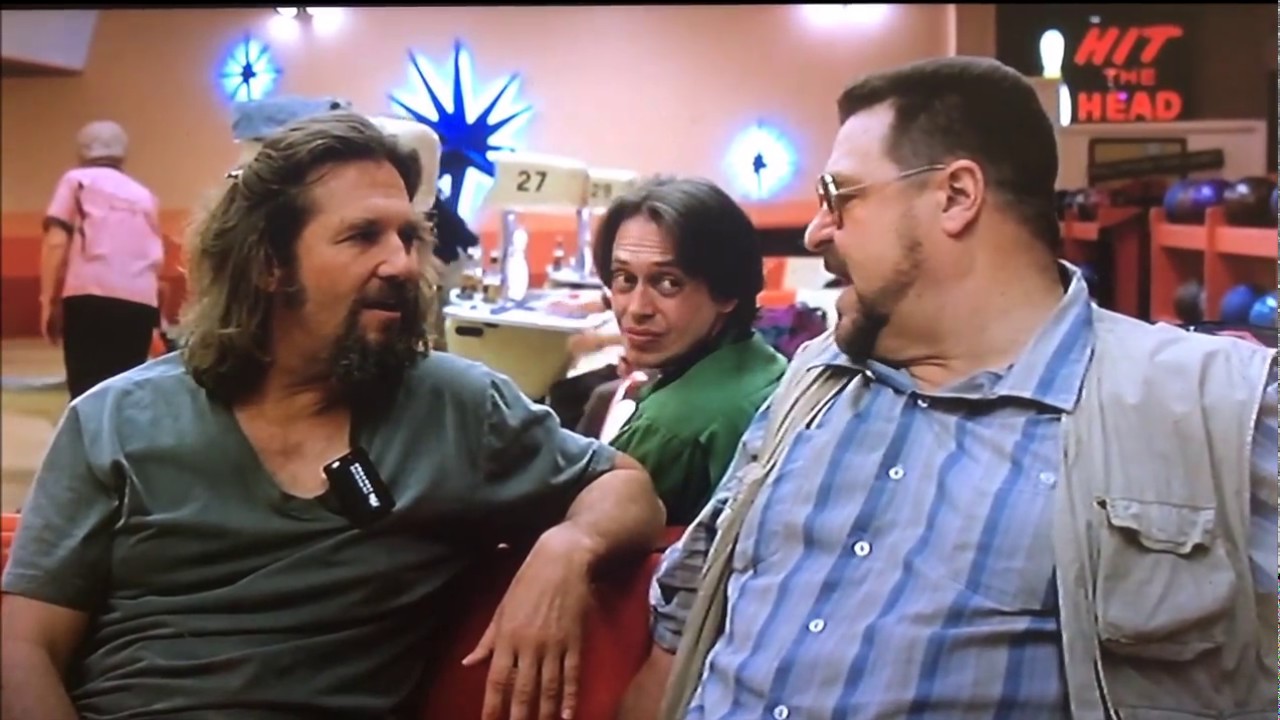 A fan theory claims that In Big Lebowski, Donny is just a figment of Walter’s imagination. Considering this might seem a little out there, we did a little digging and it turns out there is more than enough evidence to believe so. Here are some cues that point to the obvious. If you are in a state of total awareness and notice how the script navigates its characters, it helps you discover some interesting facts.

Like looking at the way the characters interact and which characters do not share a direct communication. I mean, that’s how theories unravel right? The devil is these unscathed details.

In the case of this film, if you look at Donny and his interaction with other cast, you’d be surprised to find he only exchanges words with Walter. The Dude is in a state of denial.

Furthermore, the bowling team has only two members. And when the Corvette owner tries to smash their car, Donny’s presence is completely ignored. In fact, when the nihilists start chasing them, they only go after Dude and Walter. Donny is left alone.

Also, remember the scene when Donny is shot? Walter shouts “Man down” but Dude is least bothered since the lack of blood could only mean “Donny” whom he can’t see.

What is even more unsettling is that the guy never gets a funeral. An important member of a gang at least deserves a memorial right? But the only memorial he gets is from Walter. Sure Dude accompanies him at the mortuary while he says goodbye to his imaginary friend who was nothing but the manifestation of his stress from Vietnam.

However, a section of fans finds this debatable since Donny and Dude are caught exchanging one-liners three times in the film. Twice when the car is stolen and Donny asks “Where are you going, Dude?”. To which Donny clearly responds b calling his name- “Home Donny”. The other time when Donny says “Phone’s ringing Dude”. And Dude saying “Thank you, Donny”. There is also one at the very beginning where Donny asks “What tied the room together Dude?” to which Dude answers- “My rug”. Subtle but plausible signs that indicate this theory is baseless. The Coen brothers do not leave room for doubt there. Even if it’s limited, the dialogue upholds the validity of Donny’s existence.

But the supporters have an equally strong argument to counter these supposed flaws in the theory.

If you carefully examine the scenes when Dude responds to Donny, you can see patterns of ambiguity. For example, the scene in the parking lot when Dude responds, he is actually walking away from the camera and we cant see for ourselves if he really said it. In the first alley scene, he has his head bowed and buried in his long hair. The words spoken then too are not clearly visible to the audience. So we for sure cannot say that Dude did respond to Donny’s questions all this while.

If Walter is delusional enough to make up an entire person in his mind, how hard could it be to force a few dialogues between his groupies? Even that could well be in his own head. After all, if it’s in his head, he can imagine whatever he wants, and however, he wants it. Seriously, hallucinatory theories are a tough nut to crack.