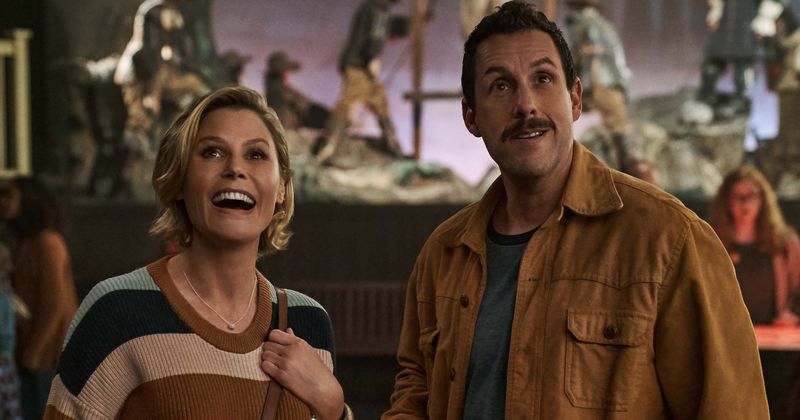 One of the major releases from Netflix this Halloween is Adam Sandler’s horror-comedy, Hubie Halloween. Though the movie has met with mixed reviews, it is undoubtedly a fun flick to watch. There is everything that you expect from an Adam Sandler family comedy movie. Surprisingly this one has more to offer than the actor’s usual fare.

The movie revolves around the character of Hubie, who is the most bullied guy in Salem. Ever since his childhood, Hubie has appointed himself to keep his townspeople safe during the Halloween season. As a result, he becomes a laughingstock and the target of constant pranks from everyone around him. When a mysterious inmate escapes from the asylum nearby, it is up to Hubie to save the town and the holiday.

Sandler has a proven track record when it comes to making feel-good movies for family audiences. Movies like Grown-ups, Anger management, and Click are some of the movies belonging to this pattern. In many ways, Hubie Halloween also feels as if he is returning to his familiar terrain for an easy win. However, the movie is different in many minute ways and perhaps those details are the key reasons why we feel charmed by the movie.

One of the major goals that we see throughout the movie is the callbacks to earlier Sandler movies. Of course, there is the fact that he is continuing his repeated trend of working with past collaborators like Kevin James and Rob Schneider. Other than that, there is Julie Bowen who plays a love interest role like in Happy Gilmore, and Tim Meadows from movies like Grown-Ups. This nostalgic pat on the back does give some good jokes and movie moments.

What makes this movie stand out from all the other Sandler’s feel-good movies/characters is the fact that Hugie does not need to be reminded that his life has value. There are no complex, new ideas or struggles within the plot to establish this. The movie skillfully normalizes his disabilities into his abilities, making the audience feel that the character is cool enough to root for. Add that to the wonderfully corrosive comic persona of Adam Sandler and you have a movie that is actually a treat this Halloween.