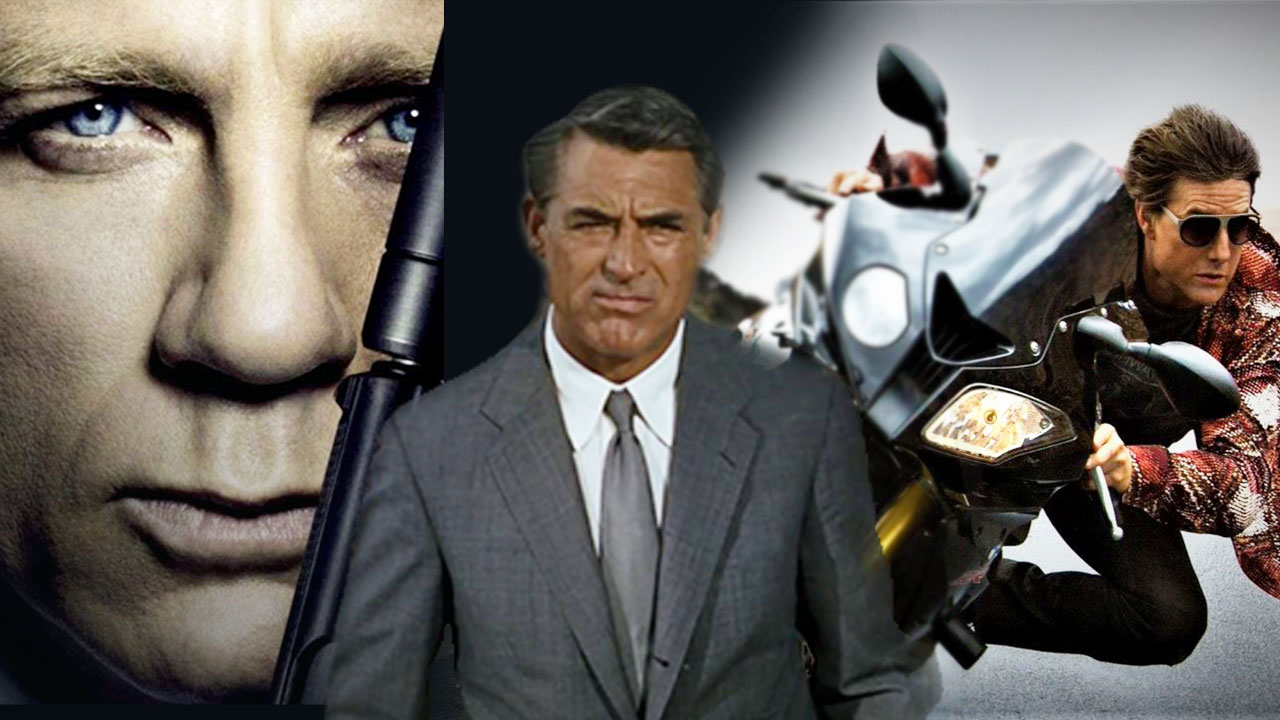 How ‘North By Northwest’ pioneered the new breed of action cinema

Alfred Hitchcock’s North by Northwest retains its reputation as an inspiring espionage thriller even decades after its release. Contemporary thriller franchises including James Bond, Mission Impossible have unequivocally borrowed the template of this great thriller. 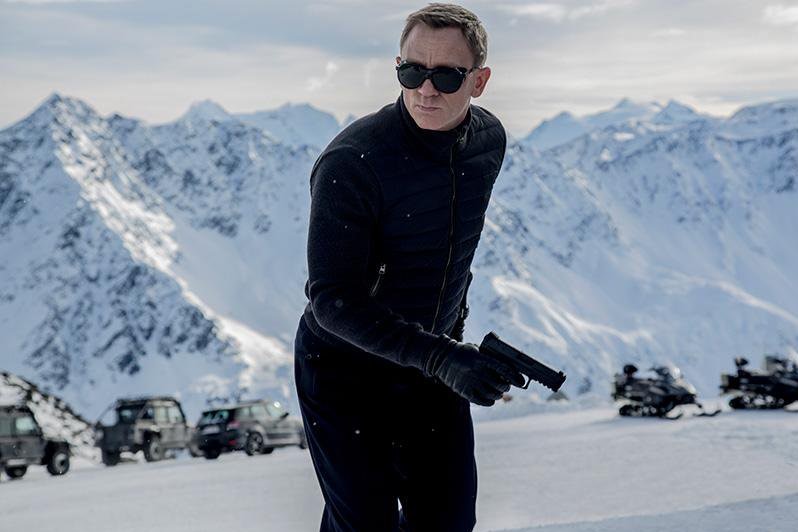 But what is that makes this film the pioneer of action cinema?

To begin with, no movie buff can ever get enough of the larger than life adventure and glorious set pieces. The film has had a lasting influence on generations of cinema. The glossy backdrop, sensual themes, and high voltage adventures, seen in big franchises like Fast and Furious are all borrowed elements from Hitchcock’s all-encompassing action-adventure.

It is said that screenwriter Ernest Leham was tasked with writing a show stopper script to give the fans the best Hitchcock movie of all time. Alfred’s favorite frontman, Cary Grant plays the role of Roger Thornhill an ad exec mistaken for government agent George Caplan. Thornhill is thus forced to make a run from the law and assailants chasing him to death. He is desperate to clear his name of all the charges against him and sets out to find the real Caplan. Except the real Caplan is only a decoy created by the American government to draw the enemy’s attention away from an undercover operation.

Alfred considered plot details to be supplementary in his films. ‘MacGuffin’ was a term invented by Angus MacPhail for films but popularized by Hitchcock through his films. It is used to describe a plot device which builds the story but ultimately holds no significance to the audience whatsoever. In the case of North By Northwest, ‘George Caplan’ is the ‘MacGuffin’.

The film structure is laid down with a careful arrangement of set pieces to boost the excitement of the story. An interesting fact about North By Northwest, revealed by Hitchcock’s biographer John Russell Taylor was that the film was outlined as an exciting line up of action sequences. A story was later developed to piece all these sequences together. Did you ever think that the action bits of the cinema we consider a decoration to the script could actually be the foundation of the plot?

But that is Hitchcock!

An expert in multiple genres of suspense including crime drama, murder mysteries, and psycho thrillers, the aficionado had his way of communicating with the audiences through various components in the frame. For instance, smartly fading out voices of a conversation with noises. Just a way to let you know that “Whatever they are saying is not important. Just enjoy the ride”

Furthermore, he enjoyed outdoing himself with every film he made. Explains the perfection and originality of his action sequences in every film. In one of his interviews, Hitchcock spoke of the famous crop duster scene in North by Northwest. 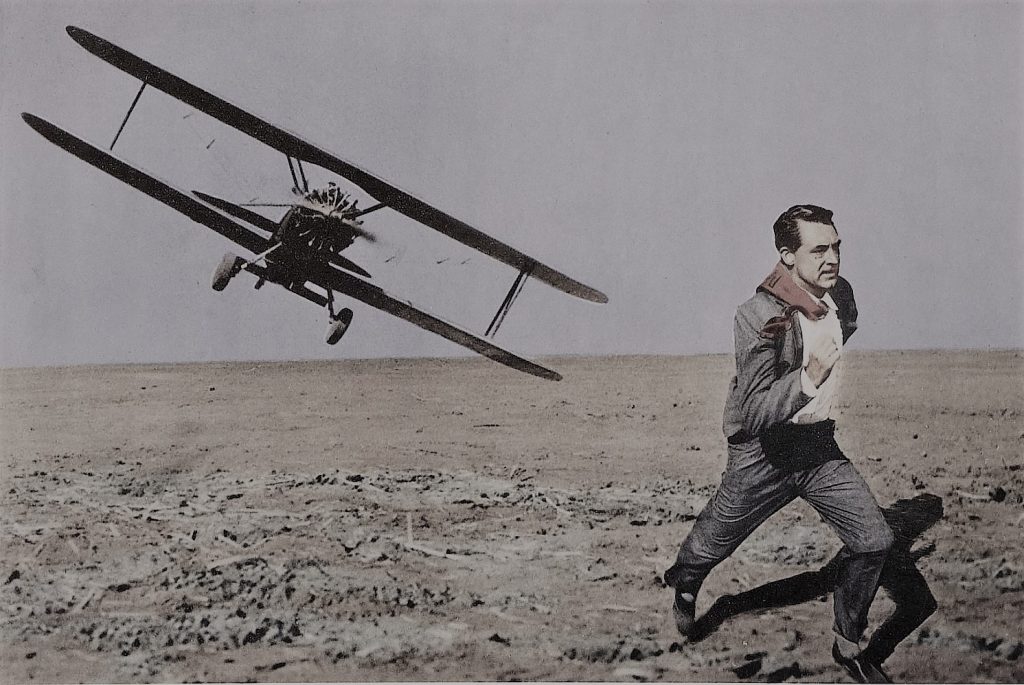 It rather overthrew the expectations of the audience with the attempt on hero’s life happening in an open field as opposed to usual norms of dark corners of streets and the attackers using a biplane instead of a car.

The process of piecing together the action scenes has become a method for thriller foundations since then. And cheat death stunts, cars flying in the air and parachute fisticuffs in franchises like 007 had become the selling point for films in the niche.

Another factor that adds to the excitement is its elegant protagonists. Cary Grant’s charm in most films makes ladies go weak in their knees. This idea of a suave and witty gentleman was generously replicated for the character of James Bond. It would not be surprising to know that Grant was Ian fleming’s first choice to play Bond in Dr. No.

Thornhill’s ability to charm and the handsome grey suit was a direct pick for Sean Connery’s 007. And if you recollect Tom Cruise’s Ethan Hunt, the man depends entirely on his own instincts and wits to survive. The idea of a protagonist who knows exactly what to say to turn a situation in his favor rules franchises like MI and 007.

The larger than life experiences weaved by Alfred Hitchcock in North by Northwest kick-started a regime of stylish spies and action heroes. The idea was absorbed and further modified by Bond films. The globetrotting bits from Vin Diesel’s Fast and Furious and Keanu Reeves’ John Wick films also originate from this very Hitchcock romp.

Sophisticated themes and sense of humor prevails in action adventures of the modern era. Audiences fancy the characters for the thrill they bring with their near-death experiences and still manage to keep it attractive. No wonder North by Northwest has an enduring effect on cinemas to date.