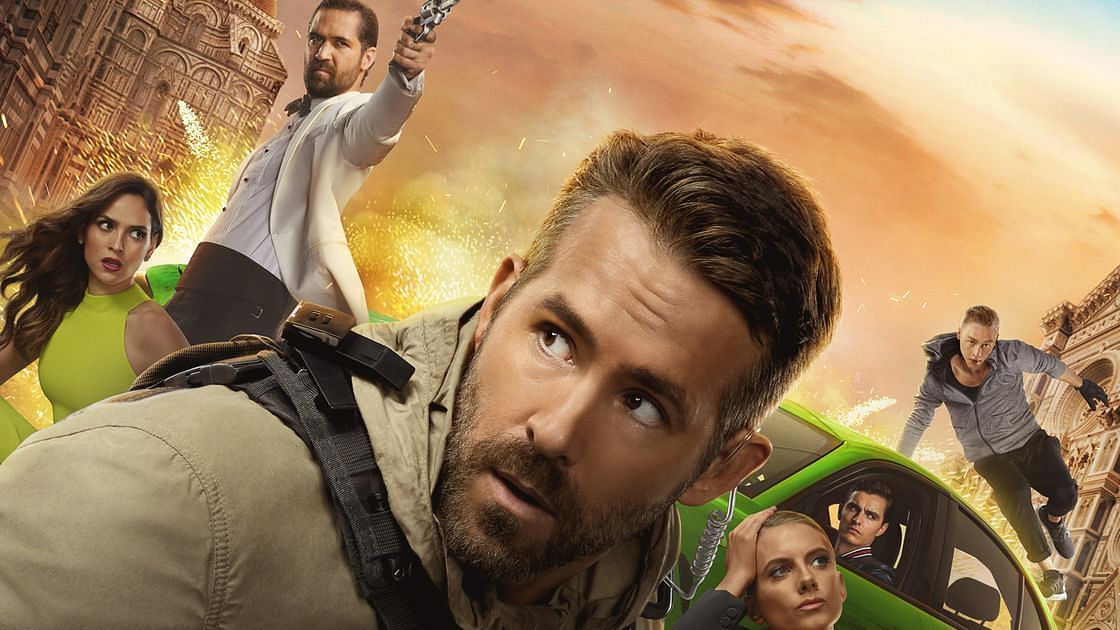 Here Are The Most Watched Netflix Movies Of Last Month

It hasn’t been long since Netflix started producing their original movie, but it’s safe to say that the best Netflix movies are among the Best movies made. So here is a list of Top 10 must-watch Netflix movies that you must watch.

“The platform” is a metaphorical representation of capitalism or our society in general through a clever concept. The film is set in a futuristic prison setup called The Hole. Where people are interviewed for a chance at a better life. It has hundreds of floors placed vertically, each floor housing two prisoners each, and the floor you stay in is switched randomly at a certain interval of time. Everyday floating platform filled with delicious food descends through a rectangular hole in the middle of the building and it’s the only chance for food for the entire day.

The prisoners on the top floor have access to a feast but by the time it reaches down the platform is always empty and the people on the lower floors starve and resort to eating each other or dying. On the off chance that everybody just ate a small portion, it could make it right to the base with something for every detainee. It won’t ever do.

When you think of a movie directed by Sam Hargrave and has Chris Hemsworth as the lead, you know that you’re in for an action-packed explosive treat. And that is the biggest highlight of this high-octane entertainer that will give you the thrills and the chills as it leaves nothing to the imagination.

The movie is the story of Tyler Rake who is a fearless black-market mercenary who’s got nothing to lose with an unparalleled set of combat and survival skills. Tyler is assigned a mission to rescue the kidnapped son of an international underworld crime lord from an impenetrable enemy lair but as the situation escalates an already deadly mission nears the impossible marker, forever altering both the lives of Rake and the boy.

Bird Box Directed by Susanne Bier can be categorized as a doomsday thriller.

The movie is an adaptation of an American novel by the same name.

Bird Box’s plot revolves around the surfacing of mysterious supernatural creatures that surface the worst fears and regrets in the mind of people who make visual contact with them. If you see it, you die; is the situation.

The survivors must cover their eyes and avoid coming face to face with the creatures. In search of hope and a safe place, a woman and her children set off on a dangerous journey to find the one place that may offer sanctuary. To make it there, they need to keep their eyes on the demons that hunt them.

A gathering of mercenaries, all who are centuries-old immortals with the ability to recuperate themselves, discovers that somebody is onto their secret, and they should fight to secure their freedom.

Gina Prince-Bythewood’s fresh, efficient direction of this adaptation of an action-fantasy comic-book series by Greg Rucka serves the physical

component of the performances exceptionally well.

Charlize Theron playing interminable hero Andy, leader of a covert band of immortal mercenaries, Theron invests nearly as much energy engaging numerous hundreds of years’ worth of aggregated apprehension as she does cutting and dicing whole regiments of assailants.

A battle scene on a shaking freight plane between Andy (Charlize Theron) and KiKi Layne (playing Nile, a hesitant newcomer to the undying club) is a beauty. Indeed, even Andy lets out a simple saying “She cut me,” Andy later tells her right-hand man, Booker (Matthias Schoenaerts). “I think she has potential.”

Michael Bay’s “6 Underground” is one of the loudest and action-packed movies you’ll ever see. The movie revolves around an American billionaire and philanthropist who fakes his own death to form a secret vigilante squad to take down the bad guys the governments will not touch.

Now calling himself “One”, he recruits five other crew to join his cause as “ghosts”: Two, a spy; Three, a hitman; Four, a parkour runner and thief; Five, a doctor; and Six, a driver.

Each one, the very best at what they do have been chosen, not merely on their skills but on their unique desire to erase their pasts and hope for a fresh start.

Enola Holmes is one of those rare films that comes along swiftly and fills us with pure delight with its balanced pace, solid political viewpoints, and hope. Enola Holmes does all this without being tied up on one.

The film is set in 1884 England where Enola lives with her mother. On her 16th birthday, she wakes up to find her mother has disappeared, leaving behind a bundle of gifts with no clear clue as to where she really went.

Soon Enola finds herself under the care of her brothers Sherlock and Mycroft who decide to send her to a finishing school to learn to be a “proper” young lady.

In denial of her brother’s wishes against hers, Enola escapes searching for her mother in London where she finds herself to be surrounded by trouble and curiosity.

We have not had a solid female criminal investigator in some time, and Agatha Christie’s Miss Marple appears to be quite a while in the past. It is quite something to see how the two Holmes square off against each other as they solve crime in 19th century London.

“Project Power” is a film set on the streets of New Orleans where a word has spread about a mysterious new super pill that unlocks unique superpowers in its users. The only catch is that you’ll have no idea what superpower you will be getting by taking the pill until you take it. While some may develop super-strength, bulletproof skin, and invisibility, others exhibit deadlier reactions to the pill. Despite the deadly risks the pill starts to accumulate demand and the streets get flooded with them.

But as the usage of pills started to escalate the crime rate in the city to an alarming level, a local cop teams up with a teenage dealer and a former soldier fueled by a personal secret vendetta to fight fire with fire by taking the pills themselves in order to track down and stop the people responsible for creating it.

Martin Scorsese is a name that needs no introduction. If you love a good classic Martin Scorsese film you’ll love The Irishman. It’s an all-out mobster movie that is filled with powerful thought-provoking dialogue and a splendid cast. The movie really does live up to its hype as Joe Pesci, Robert De Niro, and Al Pacino all deliver performances that you will never be able to forget.

The Irishman is a mobster crime epic in size and scope, but it takes an intimate approach to history. The Kennedys, Nixon, and so forth are necessary contexts, but the function of the film’s political backdrop is its impact on the characters.

Over the course of the film, the characters find themselves thrust into a slow drowning anchor of political ambitions, with twisted morals and bring out their worst possible selves.

The film follows the story of Lara Jean Covey who writes love letters to all her past loves, but she never sends them out. The letters are for her eyes only. She writes a letter for each love (five in total). When she writes she can be herself and can pour out her heart and say all the things she would never say out in real life in the confidence that these are for her eyes alone.

Her life soon gets thrown into chaos when one fine day her letters get mailed by someone.

The movie is the story of the couple Gerald and Jessie Burlingame who are having trouble with their marriage. As a remedy to save their dying marriage they set off on a weekend trip to a lonesome lake retreat, in hope of rekindling the spark. With a stocked fridge and no soul to disturb them, Gerald tries to play a harmless kinky sex game by handcuffing Jessie to the bed. But things go wrong and Gerald ends up dead. Jessie is left tied up to the bed and starts having all sorts of hallucinations that go to some strange places.