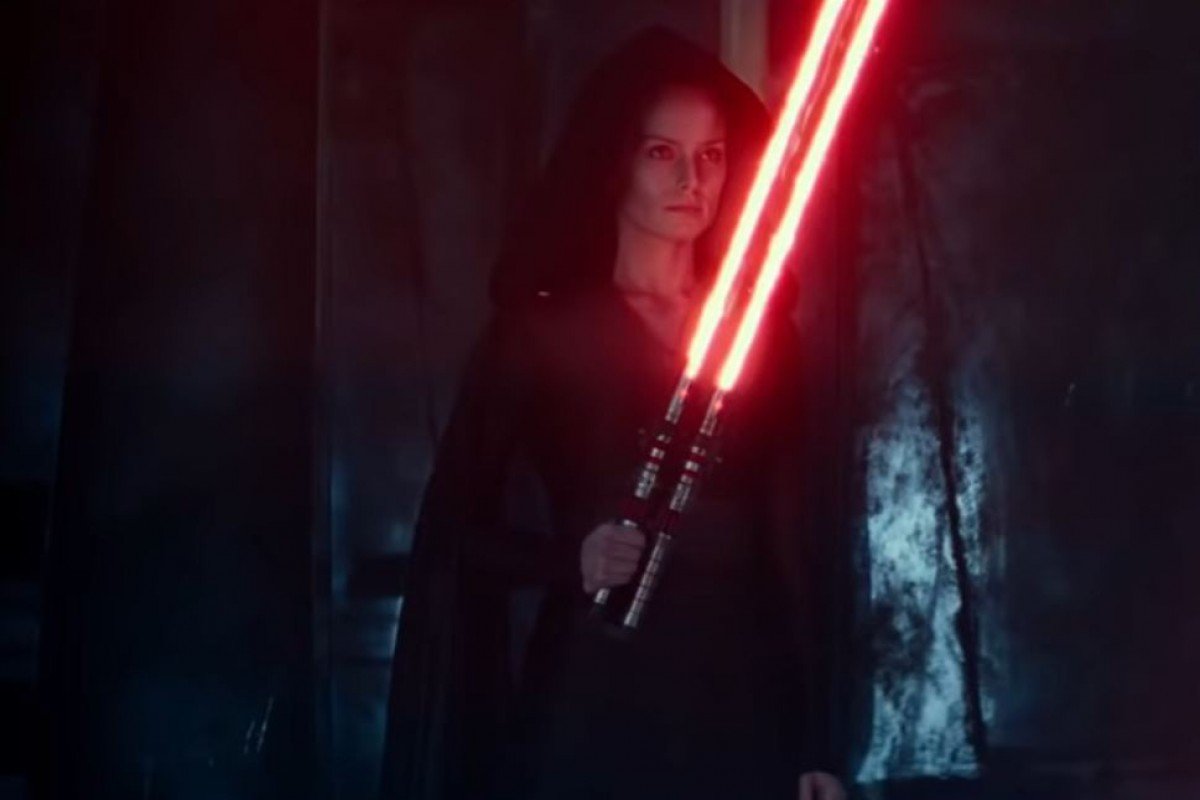 The promotions for The Rise of Skywalker is underway, as Triple Force Friday is all set to take place next week. However, fans got a surprising tease long before the event itself, with an official look at Rey’s repaired Lightsaber from the upcoming movie.

Though there were a lot of rumors around Rey’s lightsaber, the newly released images give fans something of a confirmed look at what to expect from the upcoming movie. Originally, Luke Skywalker’s Lightsaber was broken by Rey and Kylo Ren during their battle in The Last Jedi. But now, it seems like the blue Lightsaber is returning back to action, with a new band of metal holding the two pieces together.

It was in the Triple Force Friday launch event that the Lightsaber prop was on display, with an official caption: “Re-forged Skywalker Lightsaber.” It is confirmed that The Rise of Skywalker will see “Rey [carring] the Lightsaber once belonging to Anakin and Luke Skywalker, its shattered pieces reunited, as she continues down the Jedi path.”

There were also other treats present- including promotional images from The Rise of Skywalker, a poster which originally got leaked months ago and some previously released art that gives a good look at Kylo Ren’s repaired helmet as well.

Though we need to wait a little longer to see the new Star Wars installment, you can check out the new promo images and the “Re-forged Skywalker Lightsaber” below:

New promo art for THE MANDALORIAN has surfaced! Very excited for this pic.twitter.com/0cqcljqb4y

The Mandalorian, IG-11 and Cara Dune take centre-stage in the latest THE MANDALORIAN promotional art!

The end of the Skywalker Saga. pic.twitter.com/IunPzGe3no

The Supreme Leader and the Knights of Ren. #TheRiseOfSkywalker