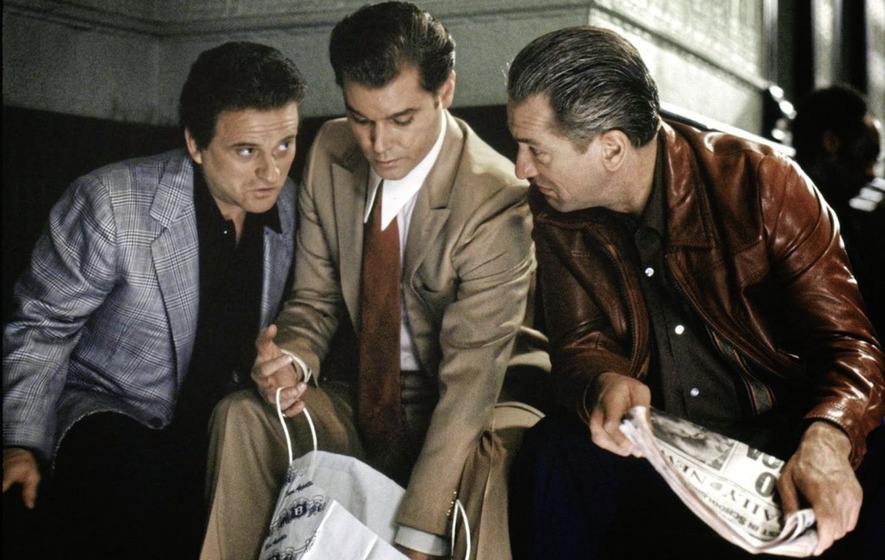 Great Gangster Movies Of All Time

Before superheroes took over the movie screens, there was the gangster, thrilling us with their deadly charm. If you are looking for a good gangster movie to watch, then here are a few of the best ones.

In the early days of Hollywood talkies, James Cagney served as a tough guy whose criminal exploits audiences could adore – at least until the Production Code imposed strict guidelines that prevented people from following his example. Arthur “Cody” Jarrett, a psychotic hoodlum who becomes increasingly fixated on his mother, makes his comeback with Warner Bros. Cagney’s famous dialogue from the film, “Made it, Ma! Top of the world!”, became instant popularity. This theme was repeated throughout film history, especially in Ernest Dickerson’s film Juice, where the actor’s unforgettable appeal lent a glory to the doomed crook, even after he was brutally killed by police.

The story of Bonnie Parker (Faye Dunaway) and Clyde Barrow (Warren Beatty) is a step toward a more open depiction of sex and violence, which the Production Code prohibited, and which this film’s enormous success allowed later. A sad and mesmerizing duo, Beatty and Dunaway embark on an adventurous journey in pursuit of the doomed dream, which brings along Clyde’s reckless brother (Gene Hackman), his disapproving spouse (Estelle Parsons), and an impressionable child. Penn’s film tells the story of these two outlaws in a genre dominated by mythmaking.

Michael Caine often appeared in the jazziest, most violent expressions of British crime in the late 1960s and ’70s. Caine plays Jack Carter, a London gangster who travels home to discover that his brother was murdered – and decides to take revenge. When he worked with director Mike Hodges (who later directed the excellent Croupier with Clive Owen), Caine attempted to deliver a harder, gritty portrayal of criminal behavior than previous films like The Italian Job, even drawing on real-life acquaintances with underworld figures. In addition, Hodges’s use of bystanders as extras and a cinematographer with experience in documentary film further demystifies and grounds the action in this frequently brutal, amoral story.

Battles Without Honor And Humanity (1973)

Technically, Battles Without Honor and Humanity is not one film, but five directed by Kinji Fukasaku in less than two years. During the post-WWII Hiroshima era, the warrior codes evolved from sword fighting to gunfights. Fukasaku’s storytelling is inspired by nonfiction magazine articles, which use narration, newsreels, and other techniques to lend his stories a vivid sense of authenticity. The series’ violent landscapes explore much more than a single gangster’s journey through a brutal criminal society, exploring the hierarchies, power plays and the bodies left behind by the Yakuza’s march for dominance-and perhaps self-destruction-at any cost.

No film has become more synonymous with organized crime – and indeed, the mob – than Francis Ford Coppola’s adaptation of Mario Puzo’s story about the fictional Corleone family. A complex portrayal of a family hierarchy in which some members eagerly join the “family business” and others struggle against it cemented Coppola’s own career as well as those of Al Pacino, John Cazale, and others. The Godfather was responsible for an entire legacy of gangster films, perhaps fittingly, as it is so much about inherited, defined, and forged legacy – not to mention some of the best writing, acting, and directing that cinema has ever seen.

This British film about Harry Shand (an electrifying Bob Hoskins) and his imploding aspirations to become a businessman explores the idea of “going legit” in a way few films do. Harry first must solve an intriguing mystery-who is responsible for the murders disrupting his life? -as director John Mackenzie captures the energy of late 1970s London and the many issues that dominated the social landscape of the era. The relationship between his mission and the IRA suddenly reaches a climax, holding the fate of his authority in the balance in the process.

In order to focus on his own crime saga, which he delivered 12 years later as his final film, Sergio Leone declined the opportunity to direct The Godfather. Years after its initial release, Once Upon a Time in America struggled to find its audience, but the almost-four hour-long version brought its transcendent virtues into sharp focus. De Niro plays Noodles, a street kid who grows up to become a powerful gangster, only for his criminal past to haunt him forever – including keeping him from the life and love he craves. With the accompaniment of Morricone’s tack-piano score, Leone offers an operatic character study that encapsulates the success of lifelong dreams-and, for some, their inescapable cost-of a man left penniless and alone.

In a different mode than his cocaine-fueled Scarface, Brian De Palma had the good guys take on one of the most notorious real-life gangsters of all time: Al Capone, portrayed with simmering menace by Robert De Niro. He showcases his effortless craftsmanship in his homages to classic cinema, such as in the Battleship Potemkin-riffing train station shootout. What gives this film its lasting power is the battle of wills between Al Capone, his ruthless henchmen, and Eliot Ness’s fearless police.

In the Godfather films, Coppola attempted to examine the criminality of the Corleone family through a historical and socioeconomic lens entwined with the origins of America. Meanwhile, Martin Scorsese’s mob masterpiece followed the hard-won rise of a young lieutenant in a world that didn’t recognize his success, which is also why it couldn’t stop him sooner. Henry Hill is portrayed in thrilling detail by Ray Liotta, from the peaks and valleys of living outside the law to the wild affluence of his life. As Scorsese’s direction propels the film, a powerful question is raised about what’s worse: being a criminal or getting caught.

It is hard to find a director who captures the seedy side of New York better than Martin Scorsese, but Abel Ferrara comes pretty close. Chris Walken plays Frank Black, a ruthless crime lord released from prison who launches a ruthless campaign against his competition while keeping the cops on their toes. An ensemble cast of aspiring stars fills out the roles, but it’s Walken’s pure unpredictability that elevates his performance to classic status, balancing irresistible charisma with an ice-cold sociopathy that leaves audiences on the edge of their seats.