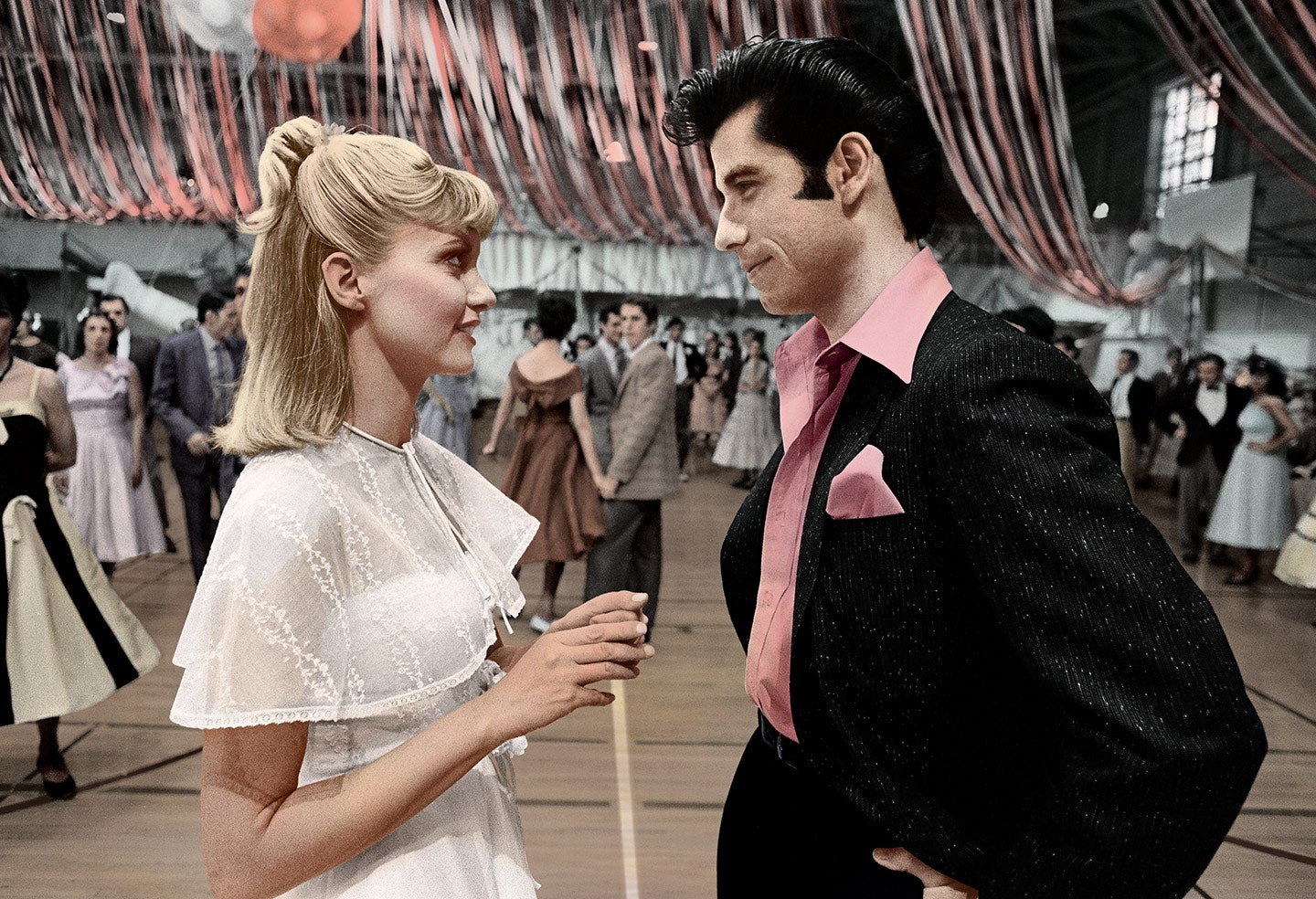 The 1978 college musical Grease was a huge hit back when it released. The bubble gum romance story of high school sweethearts Sandy and Danny inspired many school plays. It went on to become the highest-grossing musical of the 20th century and gained a spot in top American Classics.

The fairy tale fantasy love affair is every hopeless romantic’s dream love story. But there are few fans who see a darker twist in the story. Theorists suggest that Sandy died at the end of the movie. And before she died, she builds the whole plot in her dreams.

Let us look at the evidence that validates this theory.

The first hint comes when Danny describes his “first meeting” with Sandy. In the song “Summer Nights” as he sings he mentions that he saved her life as she nearly drowned. This is where the theory holds itself presenting an alternate version of the situation wherein Sandy did not “nearly” drown, but she drowned and lost consciousness and went in a coma. The remainder of the film is a coma induced fantasy.

The second evidence that supports the claim is the flying car at the end of the film. The film is categorized as a musical, a love story, and a blockbuster. But never has it been called a fantasy.

But at the end of the film, Danny and Sandy are seen flying towards the clouds in a red convertible car. Now, what is a flying car doing in a ridiculously practical set up of a college musical? As per the theory, the flying car symbolizes Sandy is being transported to heaven after her long coma induced imagination about her prince charming finally comes to an end. The rest of the kids are seen waving at them while they ascend towards the clouds in the magic car. What part of that looks like a normal ending to a love story.

The theory also suggests that every other character except Danny is nothing but her imagination including Frenchy, Frosty Palace, Thunder Road.

The makers, however, have always dismissed this speculation and vehemently suggested that Sandy is very much alive. In fact, Jim Jacobs the co-writer of the musical said that John Travolta’s description of him saving the drowning Sandy is only an exaggeration to impress his boys and that Sand was not even close to anything like death. Both Sandy and Danny describe the even very differently in the songs which clearly means that one of them is lying. And given Danny’s playful attitude, it’s most likely him.