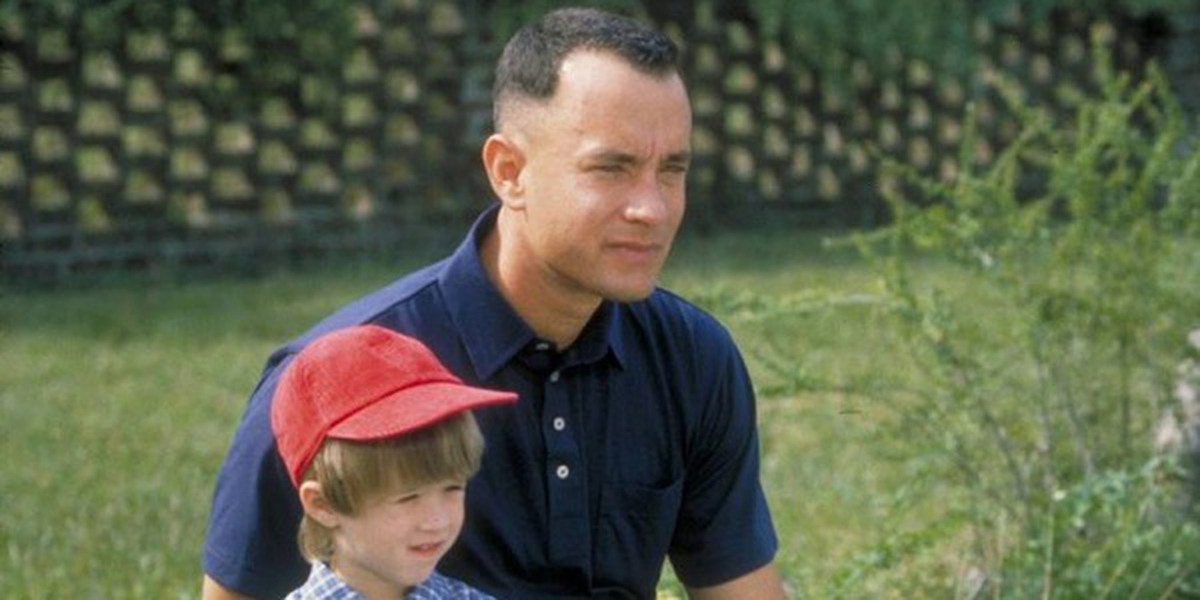 Over the years Forrest Gump has been a subject of countless debates and hypotheses. And the fad only seems to be growing with each generation. The classic has been highly scrutinized with the smallest detail presented to the audience. One such detail is the true paternal origin of the titular character’s son- Forrest Jr.

A wild fan theory claims that Forrest Jr. may not be the biological child of Forrest Gump. And there are clear cues in the film that point to this fact. Before moving on, let us remind ourselves that this is just a fun segment and has no bearing over the contents of the film. The Forrest Gump lore will remain intact as ever since Gump accepts the child as his own in the film, no matter what.

Here are a few things to mull over:

The love of his life is found years later and they both share a passionate kiss in the bedroom. But there are no explicit indications of them having sex. Besides, Forrest doesn’t seem to care much about the act of making a child. Jenny knows this and there goes the possibility of her being discovered out of the window. This might seem a little out there given the ambiguity of the scene we spoke of earlier. But the remaining points are suggestive of the facts we are looking for.

There is a possibility that Jenny was already pregnant when comes back to Forrest. Her unusual sleeping patterns are another sign that she could have been carrying a baby. Fatigue as we know is one of the symptoms women experience during the early stages of pregnancy. This fatigue of hers may not have received enough attention in the film but could be a plausible cue. At one point in the film even Forrest expresses his concern over her sleeping habits.  Since her lifestyle choices are not an appropriate set up to raise a child, she thinks that it’s best if she returns to Forrest. Forrest’s simple way of life is a much healthier environment to raise a child.

Following this, jenny starts having second thoughts about her intentions, and maybe she realizes that keeping Forrest in the dark is not something he deserves. So she leaves and decides to take care of the child on her own, only to find that she is dying. This brings her back to her original and the only option to take care of her child- Forrest Gump!

But the main question that arises is “ why does she decide to name the child Forrest Jr.?

This is the fact the quite literally counters most of our arguments. If Forrest isn’t the father of her child, then what makes her name the child Forrest Jr.? It’s highly questionable since they did not share much of their life together. And even though they are best friends, it would seem odd to the person who is the real father of her child.

Well here’s a guess. Maybe she is unaware of the identity of Forrest Jr.’s real father. And besides, Forrest is her childhood friend and the only other significant person in her life. He is a constant who has never judged her and accepted her whenever she showed up. That is probably the reason she respects him and as a sign of gratitude decides to name her son, after the most important person in her life.

Jenny’s depiction in the film makes us think that she is a self-centered and an awful person. But is she though? She may have not stuck around for Forrest as much, but as a mother, she did the absolute right thing. She put her child in the hands of a very caring and responsible person and did not just leave him to deal with the world she used to live in. Before she died she made sure, he wouldn’t in any way be impacted by her choices.

More interesting fan theories coming up in the days ahead! Stick with Spotflik so that you never miss any important movie guides.