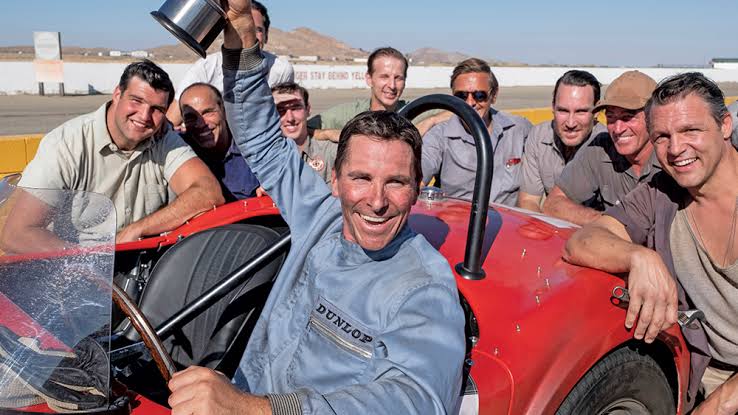 With equal parts character development, burnt rubber, and historical drama, Ford V Ferrari is Hollywood’s high octane tribute to auto racing legends Ken Miles and Carroll Shelby. The movie is directed by James Mangold and features a glorious tale of the true competition between two car companies to build the fastest car. Ironically, the movie runs a sluggish pace at times and struggles hard to reinforce the stakes for everyone involved.

However, this all-star movie is sure to make you laugh more than expected and even shed a few tears in between.

The movie takes place in 1963. It was then that race car driver Carroll Shelby (Matt Damon) decided to start a career in automotive designing and specialty manufacturing due to his health issues. Lee Iacocca (Jon Bernthal), a marketing executive at the Ford Motor Company approaches with a stunning offer.

Sales were declining at Ford and there was a general poor reaction to new Ford cars. In order to revitalize the company’s image, Henry Ford II (Tracy Letts) decided to buy Ferrari, the bankrupt Italian sports car company. However, the owner Enzo Ferrari (Remo Girone) saw this as an insult and loudly shared his low opinion of Henry Ford II. This provoked the arrogant and domineering Ford CEO, and he wanted to beat Ferrari on a public forum at any price.

Shelby was asked to design a Ford car that could beat Ferrari at the grueling twenty-four-hour Le Mans race in France. Previously, it was Ferrari and his racing team, who had been dominating the prestigious competition for years. Shelby takes up the challenge to design the car, but his choice of the primary driver was Ken Miles (Christian Bale). He was a supremely skilled hothead British driver who was flat broke with his devoted wife (Caitriona Balfe) and son (Noah Jupe).

The film explores the characters very deeply. Christian Bale astonishes everyone again with his cockney accent and brash behavior. Matt Damon’s performance appeared graceful and spot-on. But, let not forget to mention the contributions of actors like Tracy Letts and Caitriona Balfe. Their supporting roles catalyzed the story’s successful conveyance.

Another notable aspect of Ford V Ferarri is how the racing scenes were like a breath of fresh exhaust. For those who were flooded with CGI Fast & Furious garbage over the years, this movie is gratifying. CGI effects are obviously present in Ford v Ferrari, but it’s done in a more realistic and convincing way.

Apart from the uneven level of pacing, the movie is masterfully done. It is deservingly a full-throttle awards contender. Ford V Ferarri is undoubtfully one of the best films of the year, and you don’t need to be a gearhead to enjoy this one.

Do check out this movie before it leaves theaters and let us know what you think about it.