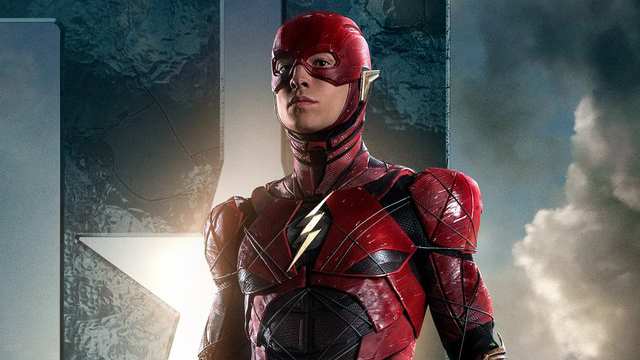 Ezra Miller Revives Dying Hopes, Lists The Flash as one of His Upcoming Projects

DC’s extended universe has faced quite many obstructions and The Flash is definitely at the forefront of all quandaries. The project has been under development for a long time now. But Ezra Miller pulsed up dying hopes in his recent interview.

Warner Bros. usually bets its money on sequels based on the success rate of predecessors. Apparently Justice League’s flat performance did not work in the favor of the ‘fastest man alive’. And without a doubt, The Flash’s production is bearing the brunt of its big-time failure.

But Ezra Miller’s latest statement comes as a ray of hope for the fans who eagerly await a solo flick of the scarlet speedster. In his recent visit to Seoul, Miller confirmed to ‘W. Korea’ that his upcoming projects include Fantastic Beasts 3 and The Flash.

Miller’s contribution to DC has so far been restricted to cameos he played in Batman v Superman and Suicide Squad. And later in Zack Snyder’s Justice League he got a significant screen time made the best use of it.

Miller in the skin of Barry Allen was loved by the audience for his naïve and outlandish spirit. It would not be wrong to say that he in his capacity added life to an otherwise dreary script of Justice League.

The movie significantly disrupted the dynamics of DC in its wake. Ben Affleck stepped down as Batman and Henry Cavill’s future as Superman dwells in a dungeon of doubt.

However, the major setback for The Flash has been the relentless shuffling of Directors. The film has seen at least 4 directors renouncing the project over creative differences. That is basically on Ezra Miller himself as he insisted on a screenplay which is more on the darker side as opposed to the vision of John Francis Daley and Jonathan Goldstein. The duo wanted the script to size up into a fun and playful experience. Similar differences arose with Seth-Grahame Smith and also Rick Famuyiwa when they took up direction of the speedster romp back in 2016.