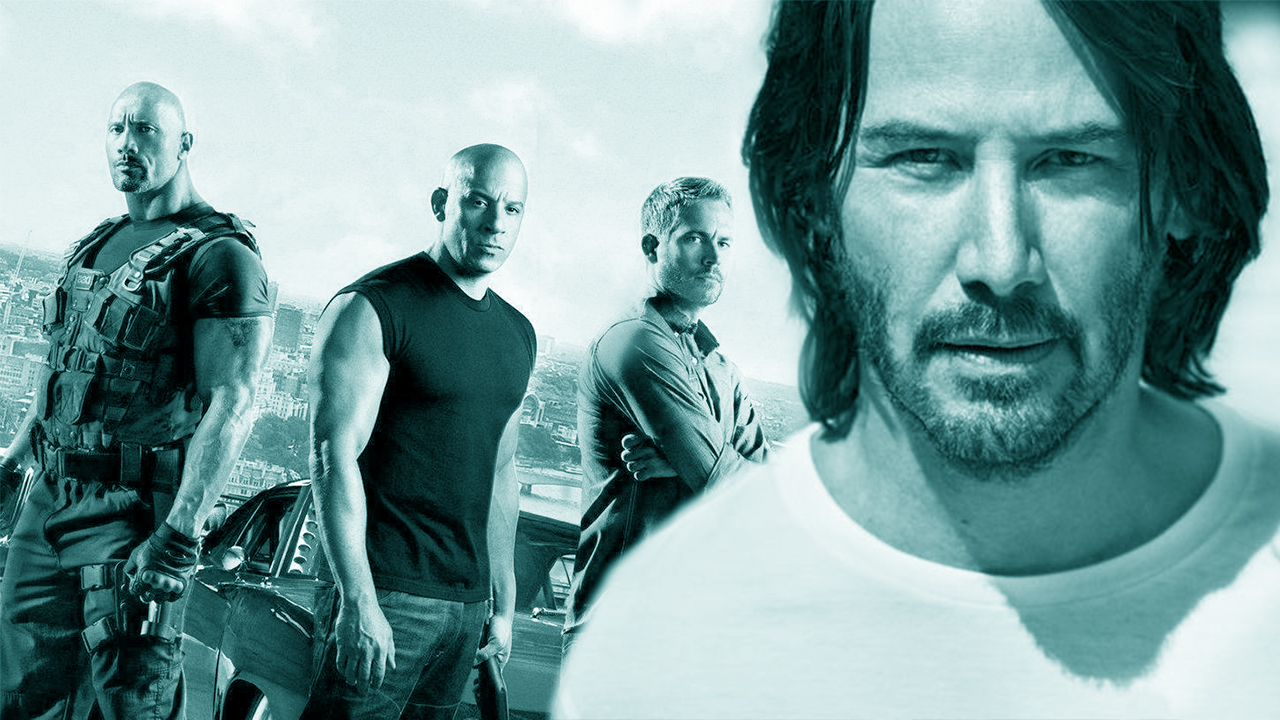 Everyone’s heart-throb, Keanu Reeves is back making headlines again. It seems like the star will be joining the Fast & Furious movie franchise really soon. Fast & Furious is one of the most profitable movie franchises now in  Hollywood that not owned by Disney. Longtime franchise writer Chris Morgan had a recent conversation with the actor about bringing him into the popular movie series.

A similar discussing had already happened earlier, about Reeves being a part of Dwayne “The Rock” Johnson starring spin-off Hobbs & Shaw. Though it never happened, Morgan has high hopes that the beloved actor will make his presence felt in the franchise with full capacity.

Talking about this in a new interview, Morgan had this to say about his potential involvement in the series.

“I sat down with him and we’re talking about. I wanted him to be in the Fast universe for a very long time. We’re just trying to find… the hardest thing is always time and competing schedules and then designing the right thing together. My fervent desire is to bring him into this franchise for sure.”

From what Johnson had told earlier, Reeves was initially expected to play the director of the mysterious techno-terrorist organization ‘Eteon’ in Hobbs & Shaw. However, this particular idea “just didn’t feel right creatively” for Reeves. As fans of the star, it seems fair for us to say that the star does deserve a much bigger presence in the franchise. In the spin-off movie, the character was eventually made off-screen, only speaking out as a faceless voice. The real reason for keeping the character a mystery might be because of the difficulties in finding the right actor for the part.

With that being said, now it is speculated that Reeves could appear in a surprise cameo appearance for the upcoming Fast & Furious 9, set to release next year. Reeves is not new to jumping into other popular long-running franchises. Recently, the actor played a role in the animated sequel Toy Story 4.

Though there is no official word confirming Reeves’ casting, many other popular musicians Cardi B and Ozuna have been recently revealed to be part of the upcoming movie. The newcomers will be joining other big-names like Vin Diesel, Michelle Rodriguez, Tyrese Gibson, Chris “Ludacris” Bridges, Jordana Brewster, Nathalie Emmanuel, Helen Mirren, John Cena, Michael Rooker, and Charlize Theron.

Whether we will be seeing Reeves alongside the Fast & Furious cast or not, the actor will surely be reprising his most popular characters in the upcoming sequels The Matrix 4 and John Wick: Chapter Four.

Fast & Furious 9 is currently slated to release on May 22, 2020, by Univeral Pictures. In the meantime, we will keep you updated on any of Reeves’ possible involvement in the franchise.